NEW YORK – The Mexican Suitcase, a groundbreaking exhibition revealing the most famous group of recovered negatives of the 20th century, will be on view at the International Center of Photography (1133 Avenue of the Americas at 43rd Street) through January 9, 2011. Considered lost since 1939, the so-called Mexican Suitcase is in fact three boxes containing 4,500 negatives documenting the Spanish Civil War by Robert Capa, Chim (David Seymour), and Gerda Taro. There are also several rolls of portraits of Capa and Taro by Fred Stein. Besides offering new images by these major photographers that provide a comprehensive overview of the war, the cache of negatives also includes previously unknown portraits of Ernest Hemingway, Federico Garcia Lorca, and Dolores Ibarruri (known as “La Pasionaria”).

Capa, Chim, and Taro risked their lives to witness history in the making and show it to the world, and the Mexican Suitcase contains some of their most important works. Its recovery set in motion a profound shift in the study of these three photographers. In the process of researching the negatives, the authorship of numerous images by Capa, Chim, and Taro has been confirmed or reattributed. This material not only provides a uniquely rich and panoramic view of the Spanish Civil War, a conflict that changed the course of European history, but also demonstrates how the work of these legendary photographers laid the foundation for modern war photography. Appearing throughout the international press, their innovative and passionate coverage of the war was both engaged and partisan. While overtly supporting the antifascist Republican cause, their dramatic photographs vividly recorded battle sequences as well as the harrowing effects of the war on civilians.

Equally compelling are the stories of the photographers themselves as revealed through their images: the dashing Capa, the studious Chim, and the intrepid Taro, who died tragically in 1937 during the battle of Brunete. This is the history of three young people and the ties that bound them: the moving personal and artistic relationship between Capa and Taro, and the professional bond that later led Capa and Chim to create Magnum Photos. The material contained in the Mexican Suitcase documents a turning point in the history of photojournalism.

The exhibition will present most of these negatives as modern contact sheets. Because they were lost so long ago, and as no contact sheets were made, these films show us for the first time the order in which the images were conceived and shot, and in some cases the full extent of the photographers’ work on the story. Images that have become iconic over the years can now be read in their original sequence. In addition, all of the films reveal unedited frames, either unpublished or never printed. The exhibition will also include various examples of the original 1930s periodicals in which the work first appeared. These publications—Regards, Vu, Life, Schweizer Illustrierte Zeitung, Volks-Illustrierte—provide an enlightening historical context for the evolving coverage of the war and the growing reliance on the photo essay. The Mexican Suitcase will contain both vintage prints from the ICP collection and contemporary prints, along with the photographers’ own rarely seen contact notebooks.

Also on view will be two rarely seen Spanish Civil War films that used Capa footage and have corresponding stills in the Taro suitcase negatives.

The exhibition is organized by ICP assistant curator Cynthia Young. A fully illustrated two-volume catalogue will be published by ICP/Steidl to accompany the exhibition. All the negatives in the suitcase will be reproduced, accompanied by essays from twenty-two specialists in the Spanish Civil War and 1930s photography.

This exhibition and its catalogue were made possible with support from the National Endowment for the Arts, Joseph and Joan Cullman Foundation for the Arts, Frank and Mary Ann Arisman, Christian Keesee, and by public funds from the New York City Department of Cultural Affairs in partnership with the City Council. Additional support was received from Sandy and Ellen Luger, Bruce and Lois Zenkel, the Strand Hotel, New York, the Program for Cultural Cooperation between Spain’s Ministry of Culture and United States Universities, and the Consulate General of Spain in New York.

Contact the International Center of Photography by calling 212-857-0045. Learn more online at www.icp.org. 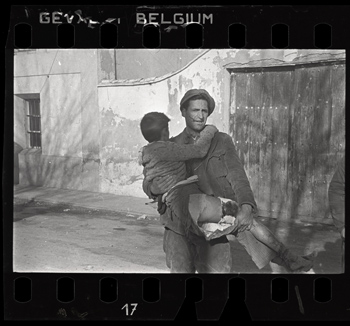 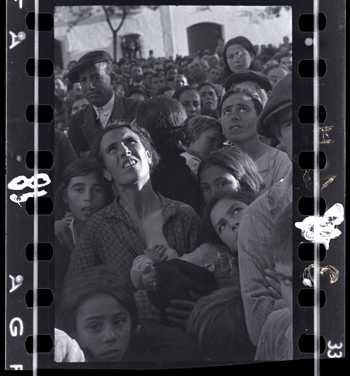 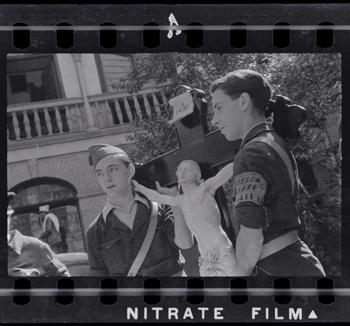 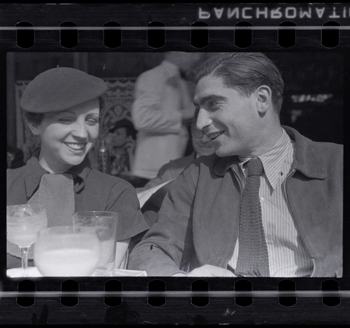 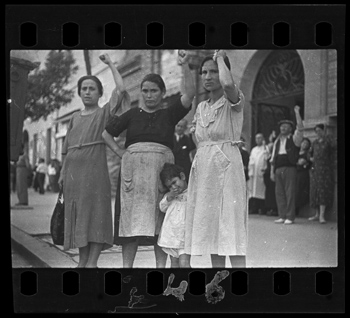 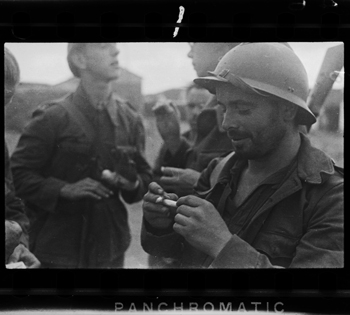 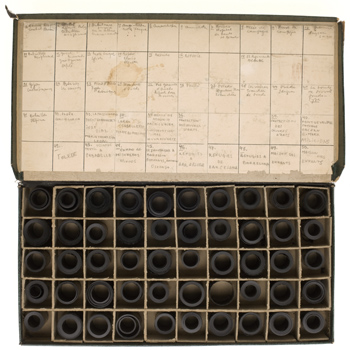