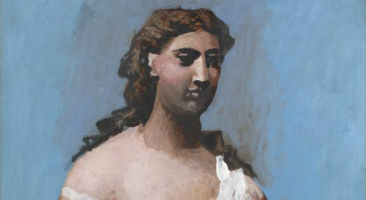 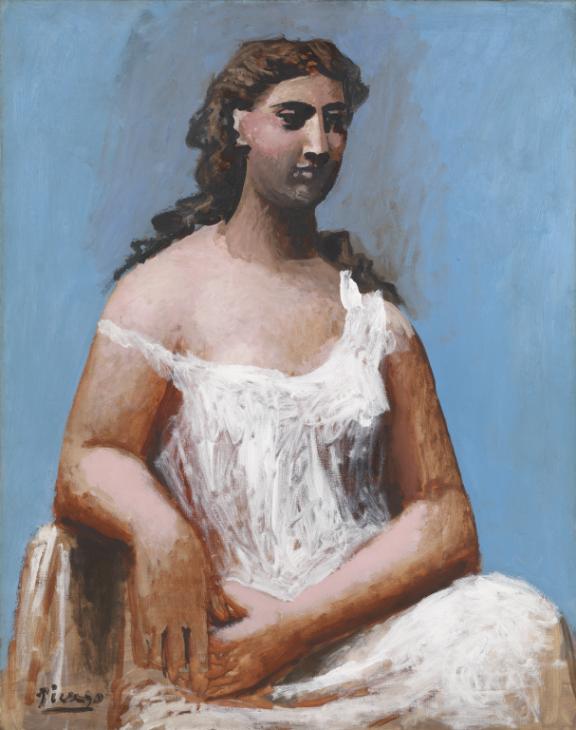 BENTONVILLE, Ark. (AP) – Pablo Picasso’s Seated Woman in a Chemise is now display at Crystal Bridges Museum of American Art as the museum borrows the Spanish artist’s 1923 painting from the Tate Modern in London.

The piece is among the latest loans the Bentonville museum revealed last week. Belgian artist Rene Magritte’s L’Anniversaire will be on loan from the Art Gallery of Ontario later this fall, while American artist Philip Haas’ The Four Seasons, made up of several fiberglass sculptures, is currently being installed on the museum’s Orchard Trail and courtyard and will be available for viewing through September.

The Picasso and Magritte loans will give Crystal Bridges the chance to showcase what the museum described as “major works” from European artists.

Crystal Bridges does not typically show or collect European art, but curator Dylan Turk said the artists – who were part of the European avant-garde movements such as Cubism and Surrealism – had a tremendous influence on American Modernists.

“America is a melting pot,” Turk said. “So many of the artists that you look at that we classify as Americans, they may have been born in Europe but they had great impact on American art. That’s why they’re in this institution. Separating it from what was happening in Europe doesn’t make any sense.

“So being able to have that open conversation, our guests will be able to say, ‘OK, now I understand how someone is interpreting this idea into the American context.’ So that’s really important to us.”

The Arkansas Democrat-Gazette reports that Seated Woman in a Chemise will be the third Picasso painting that has been on display at Crystal Bridges since the museum opened in 2011. La Toilette, a 1906 painting, was part of the “Van Gogh to Rothko: Masterworks from the Albright-Knox Art Gallery” exhibit in 2015. The museum also featured Picasso’s Boy Leading a Horse (1905-06) in “The William S. Paley Collection: A Taste for Modernism” in 2014.

The artist’s style changed a number of times during his 80-year career. But Margi Conrads, Crystal Bridges’ director of curatorial affairs, said the female figure was a key subject for Picasso – as well as American artists – in the early 20th century. Conrads said the exhibit will show influences such as Greek, Roman and African sculpture, while also displaying Picasso’s progression from earlier works.

“Most artists in the 20th century, when they’re exposed to Picasso, spent time either embracing or reacting against what they saw in his work,” Conrads said. “So his influence around the world is very important. … To have an opportunity to be able to bring a major work of, one could argue, one of the most influential artists of the 20th century to Crystal Bridges, it’s a great opportunity for our audiences to be able to see a Picasso at home and to get a different look at understanding our collection.”

In return, Crystal Bridges is loaning Georgia O’Keeffe’s Jimson Weed, White Flower No. 1 to the Tate Modern as part of a retrospective of the artist’s work from July 6 through Oct. 30.

Crystal Bridges purchased Jimson Weed in November 2014 at Sotheby’s auction house for $44.4 million and the painting has been on display at the museum since March 2015. The painting also will be on display at museums in Austria and Canada following its stay at the Tate Modern.

Crystal Bridges Executive Director Rod Bigelow said in a statement the museum is honored to collaborate with Tate Modern to “share works that expand our understanding of American art.” Turk said the partnership is “huge” for Crystal Bridges, setting up “limitless” possibilities for the future.

Another partner, the Art Gallery of Ontario, is loaning Magritte’s L’Anniversaire to the museum.

Conrads said the Belgian artist’s work, which depicts a big boulder in a room, is equally influential as the Picasso piece and highlights his interest in creating “poetic, but also very unexpected effects by putting recognizable objects into unusual settings.” She said it’s something American artists also picked up on and Crystal Bridges intends to display the work alongside those in its collection.

“The part of the gallery his work will be in will also have works by American surrealist artists where you can see that play of imagination and unexpected juxtapositions,” Conrads said.

Crystal Bridges will have more work on display on its trail, as well, after receiving Haas’ sculptures on loan from Sonnabend Gallery on behalf of the artists. The four pieces, which will be displayed on the museum’s Orchard Trail, were inspired by Giuseppe Arcimboldo’s 1563 Italian Renaissance paintings: Spring, Summer, Autumn and Winter.

So will “Black Unity,” which opens May 4. The 13-piece exhibit of work from black artists over the past five decades includes photography, sculpture, painting and tapestry.

The museum, in its news release, said each piece is “rooted in the personal experiences and reflections of each artist.”

“With the increased diversification of our collections, it is exciting to have the opportunity to showcase new acquisitions in an installation that specifically addresses the black experience in this country,” Crystal Bridges curator Alejo Benedetti said in a statement. “This show encourages conversations about race.”
___

By ROBBIE NEISWANGER, The Arkansas Democrat-Gazette