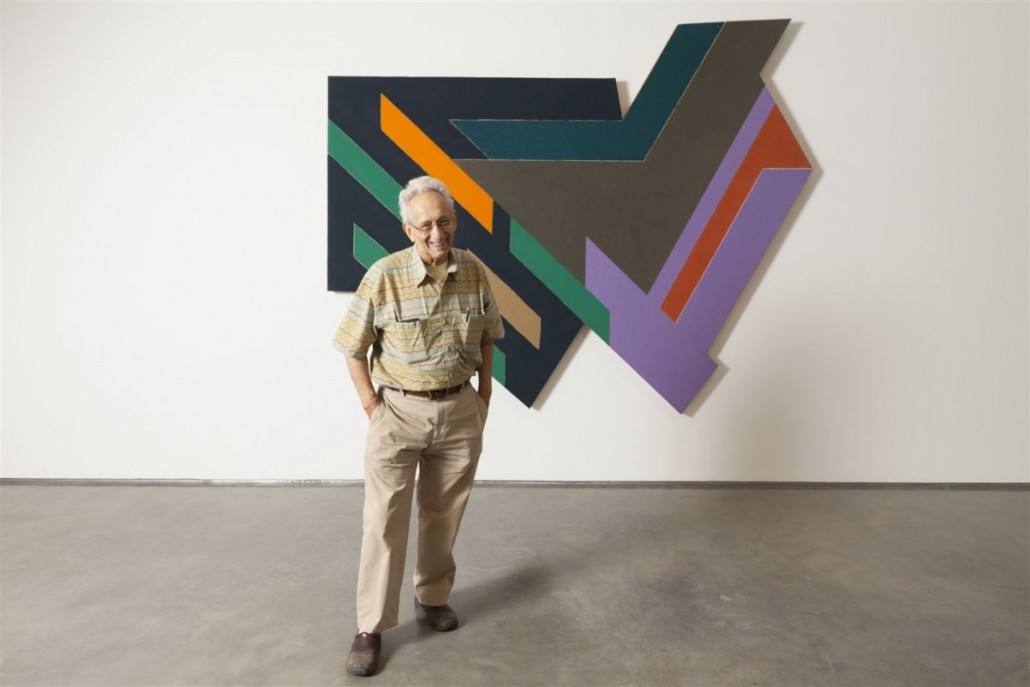 WARSAW, Poland (AP) – An exhibition is opening in Warsaw of abstract works by prominent American painter Frank Stella that were inspired by painted wooden synagogues that once existed across Poland but were destroyed by the Nazis during World War II.

“Frank Stella and the Synagogues of Historic Poland” opens today at the POLIN Museum of the History of Polish Jews and will run through June 20.

Museum officials say it is the first time that Stella’s geometrical and highly abstract works have been shown alongside the sources that inspired him – architectural drawings and documentary photos of synagogues taken before the war – as well as models and drawings of his own that he used to create his large-scale constructions.

The works are from his Polish Village series produced in the 1970s. He embarked on that project after he was inspired by a 1959 book by Polish architects Maria and Kazimierz Piechotka titled Wooden Synagogues. The exhibition also features photographs of the synagogues by Szymon Zajczyk, a Jewish photographer and art historian who was killed in the Holocaust.

Poland was once home to Europe’s largest Jewish community, a vibrant community that numbered nearly 3.5 million people before the war. Most were killed in the Holocaust, with many traces of their culture also destroyed.

Museum director Dariusz Stola said his institution is an appropriate venue for the works because one of its key exhibits is a spectacular, full-scale recreation of a 17th-century painted synagogue – the kind that inspired Stella’s creations.

The museum is holding two days of events starting Thursday celebrating the 79-year-old New York-based artist, who traveled to Warsaw for the opening.

Stella has worked as an artist for more than 60 years. His works are on display in museums and galleries across the world, including the Museum of Modern Art in New York.
___

Poland gets back painting plundered in World War II