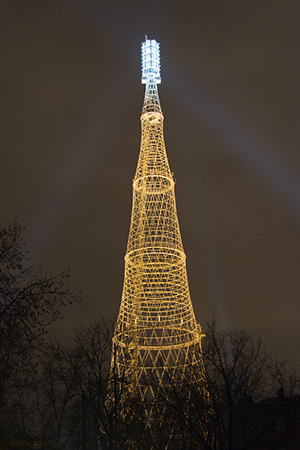 MOSCOW (AFP) – Thousands of Muscovites and several top international architects have launched an unprecedented campaign to save an elegant steel tower that has loomed over Moscow’s skyline since 1922.

The Russian communications ministry says it will dismantle and relocate the Shukhov tower, a masterpiece of design often compared to the Eiffel Tower in Paris.

But campaigners fear the tower will simply be demolished because it will be impossible to dismantle it and put it back together again.

It is the first time a campaign to save a historic building has received such a wide public following, not just from among architecture enthusiasts.

Government and city officials are set to meet campaigners for talks on the tower that may decide its future.

The campaign is not just about saving Moscow’s crumbling early Soviet architecture, but also about people having a say in government decisions.

“We have to learn how to say no,” said Moscow resident Anna Chernobylskaya, holding a placard at a recent protest under the tower.

Vladimir Shukhov, a gifted engineer, built the tower to give Soviet Russia a strong radio signal. At 485 feet, it was Moscow’s tallest structure until the 1960s.

The conical telescope-like design was built with each section lifted into place from the inside. Its slanted supports used the minimal amount of steel.

While often compared to the Eiffel Tower, its design is purely functional.

“It’s absolutely ascetic but at the same time very beautiful,” said Alexandra Selivanova, head of the Centre of the Avant-Garde at Moscow’s Jewish Museum, who updates a Facebook page on the tower and has organized several protest events.

The Shukhov tower’s owner, the communications ministry, says its poor, corroded condition means it must be dismantled, after which it could be rebuilt elsewhere, with proposals including moving it from its southern Moscow neighborhood to Sevastopol, Crimea’s Black Sea fleet base and territory annexed last month from Ukraine.

“It’s the same thing as saying the Eiffel Tower is surrounded by buildings, let’s move it to Marseilles,” said the engineer’s great grandson, who is also named Vladimir Shukhov.

“As all specialists say, the tower can only be taken down one way, sawing it down, and after that the monument will be destroyed,” he told AFP.

He said the tower apparently fell victim to the interests of developers who have set their sights on the neighborhood dotted with several other Constructivist buildings in various states of disrepair.

“This is about redeveloping this whole area,” he said. “It’s billions (of dollars).”

Architects Norman Foster of Britain and Rem Koolhaas of the Netherlands and Nicolas Serota, the director of Britain’s Tate Galleries, were among thousands to sign a petition asking President Vladimir Putin for the tower to be restored in situ.

But Selivanova said that it was not just the architectural community that signed the petition; there were many average people who even posted “selfies” snapped against the landmark’s silhouette in an online campaign.

The tower is a leading example of the Soviet Constructivist movement of the 1920s and 1930s which focused on function and experimented with new geometric forms, a pioneering aesthetic that eventually inspired generations of architects around the world. 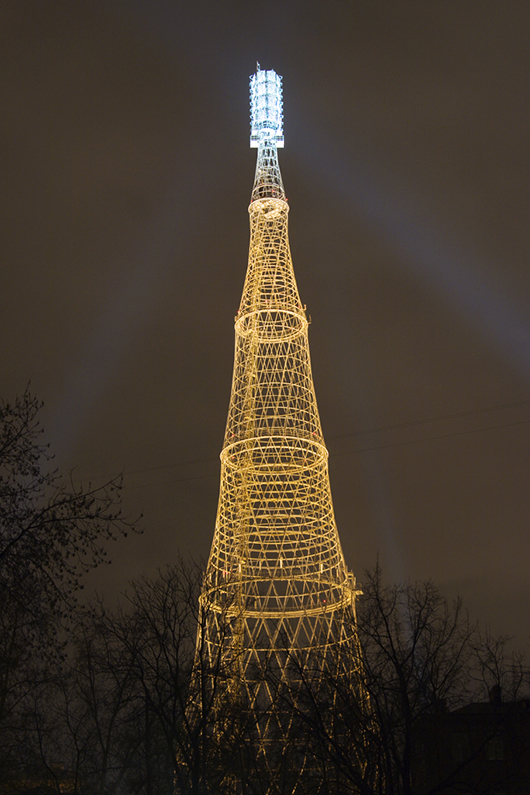 Authorities deny Eiffel Tower will be covered in foliage