PROVINCETOWN, Mass. – Seven paintings by Edwin Dickinson were recently donated to the Provincetown Art Association and Museum (PAAM) by Daniel W. Dietrich II in Philadelphia. This unprecedented acquisition catapults PAAM’s holdings of one of Provincetown’s most celebrated artists into highly significant territory. The museum will reveal the paintings, spanning 1914 to 1944, to the public in a free reception on Friday, September 2 at 8pm. 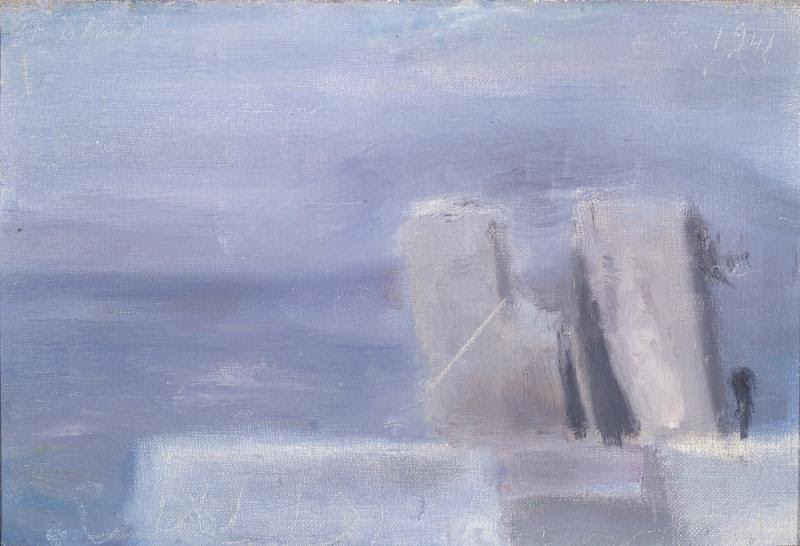 Edwin Dickinson (1891-1978) was a founding member, officer, and lifelong supporter of the Museum and its functions. Provincetown was beloved by the artist; it’s where he honed his craft, raised his family, suffered tragedy and loss, all while producing some of his most important work — the now-iconic stilllifes, landscapes, and interiors. He was one of the only artists to live here year-round in the early 1900s.

As the art world changed in the early 1900s, Dickinson was a pioneer, moving from more traditional work toward the abstract; this shift caused a major rift among artists in Provincetown, yet Dickinson was able to persuade his fellow colleagues of the advantages of these changes. This is reflective in the differing styles of painting he created throughout his career.

The first major exhibition to be mounted after the completion of PAAM’s expansion (2003-2006) was Edwin Dickinson in Provincetown: 1912-1937, curated by Mary E. Abell, PhD. These renovations-doubling its square footage, bringing museum systems and operations to the highest standards, and receiving certification as the first green art museum in the country-directly enabled PAAM to host not only this exhibition, but others of exceptionally high quality.

“Borrowing works from many major museum and private collections, this was the exhibition that changed the perception from a small grass roots art association to a competitive, essential and prominent museum within the American art world,” writes PAAM Executive Director Christine McCarthy.
About PAAM:
Provincetown Art Association and Museum was established in 1914 by a group of artists and townspeople to build a permanent collection of works by artists of outer Cape Cod, and to exhibit art that would allow for unification within the community. Through a comprehensive schedule of exhibitions of local and national significance and educational outreach, Provincetown Art Association and Museum provides the public access to art, artists, and the creative process.

Located at 460 Commercial Street, PAAM is open Thursday through Sunday, 12-5pm, October through May; and daily from 11-5p.m. June through September. General admission is $10, with free admission for members and children 12 and under, and to the public on Fridays after 5pm. For more information, visit www.paam.org.