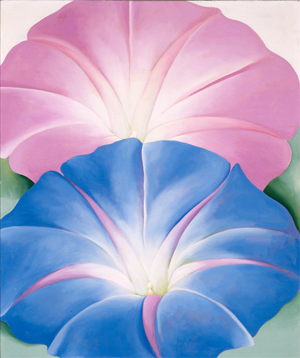 ALBUQUERQUE, N.M. (AP) – Fame followed Georgia O’Keeffe through New York’s art galleries and across the desolate landscapes of the Southwest. But beyond America’s shores, her work is relatively unknown.

For the first time, her iconic paintings of flowers, bleached bones and dramatic landscapes will be exhibited over the next year in Italy, Germany and Finland as part of a major traveling retrospective.

The exhibition, several years in the making, is just as much about sharing O’Keeffe’s distinctive style with a segment of the art world that is steeped in centuries of tradition as it is about capturing the imagination of a new generation of artists.

“I think it gives inspiration to people,” said Barbara Buhler Lynes, curator of the Georgia O’Keeffe Museum in Santa Fe. “To see that a woman has become an important artist and that she is an American icon, I hope it inspires people and that they will look at her work in context and see it as an important contribution to the history of art.”

Buhler Lynes and a team of couriers, conservators and registrars traveled to Rome earlier this fall to help oversee the exhibit’s installation at the Fondazione Roma Museo. The museum’s galleries have been transformed into New York City’s 5th Avenue, the shanty where O’Keeffe used to paint in the Adirondacks and her studio in northern New Mexico.

Visitors can get a glimpse of the table where the late modernist worked and what she would have seen outside her window.

“What it makes you do is become aware of the landscape in New Mexico,” Buhler Lynes said, noting that one museum guard likened it to “a different planet.”

It was that unique landscape—the layered sandstone cliffs, the volcanic mesa tops, the twisted cedar trees and the endless expanses of high desert—that captured O’Keeffe’s imagination. The area so inspired her that she gave up New York and made New Mexico her permanent home in the late 1940s.

“When I think of death I only regret that I will not be able to see this beautiful country anymore, unless the Indians are right and my spirit will walk here after I’m gone,” O’Keeffe said in a 1967 interview.

She died in 1986 at age 98. Her ashes were scattered from atop Cerro Pedernal, a hill that often found its way into her paintings and sketches.

“Georgia O’Keeffe: A Retrospective” includes selections of her work from each decade in the 70 years she was active as an artist. Visitors can sample everything from her early abstractions to her famous large-scale flowers and New Mexico vistas.

The exhibit also includes photographs of O’Keeffe that were taken by her husband and dealer, Alfred Stieglitz.

The exhibition will remain in Rome through Jan. 22. From there it will move to Munich in February and Helsinki in May.

The exhibition was organized by the European art organization Arthemisia, the O’Keeffe Museum and the three host museums. Future international exhibitions will include one in Tokyo in 2014.

Stieglitz is the primary reason why O’Keeffe’s fame stopped at America’s shores. As the country’s first modernist photographer and its first advocate of modern art, he resented the fact that European art was regarded with a higher degree of importance than American art. He believed American artists could create an indigenous style that would be valued as much as that of the European masters.

Stieglitz refused to send the work of any of the artists he supported, including O’Keeffe, to exhibitions outside the United States.

O’Keeffe made several trips around the world following Stieglitz death, but she remained true to her own style.

“When you look at an O’Keeffe, you don’t think Picasso or Braque or Kandinsky. You think O’Keeffe,” Buhler Lynes said. “I think she realized Stieglitz’s dream of creating a truly American art in the sense that you don’t associate it with any European movement or style.”

The flow of influence finally began to shift in the 1950s, when Europeans became familiar with Jackson Pollock and other abstract expressionists.

Still, it’s not easy to find modern art being exhibited in Rome, and organizers of the O’Keeffe exhibition describe it as a “real treat” for art lovers.

So would O’Keeffe approve of her work being shared internationally?

Welcome to the Georgia O’Keeffe Museum 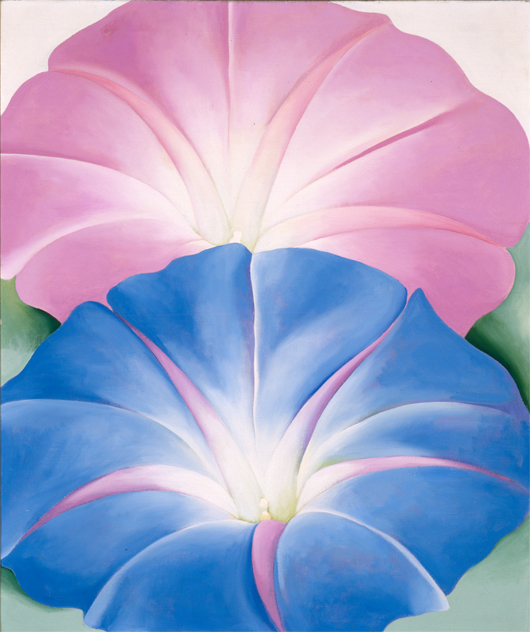 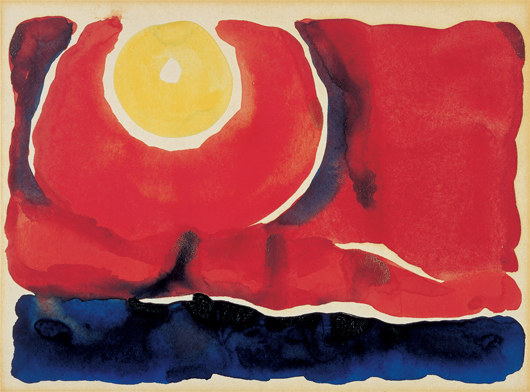 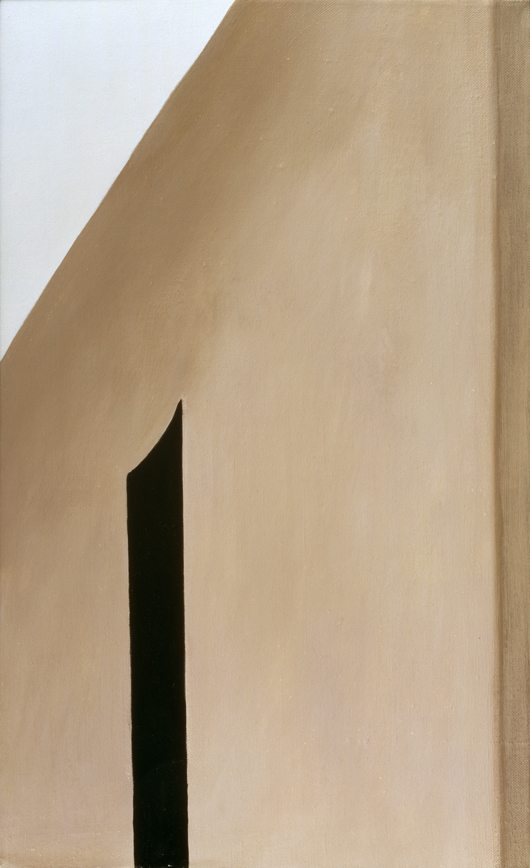 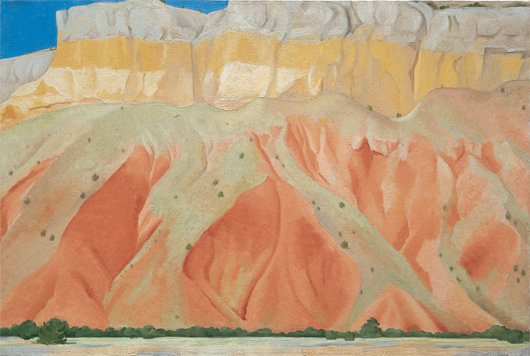