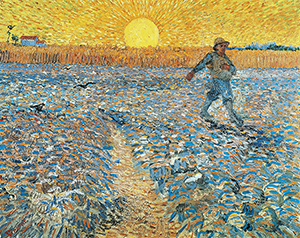 Copies of Van Gogh’s sketchbook being sold by Amsterdam’s Van Gogh Museum include the study for the Dutch master’s 1888 oil on canvas ‘The Sower (Sower at Sunset). The original artwork is part of the Kroller-Muller Museum collection.

THE HAGUE (AFP) – Amsterdam’s Van Gogh Museum is selling a limited number of copies of the Dutch master’s sketchbooks for the first time, providing rare insight into his life and the origin of some of his most famous portraits, the museum said on Thursday.

Only four of Van Gogh’s many sketchbooks survive today, three of which for part of a new “Van Gogh at work” exhibition and contain “perhaps some of his most intimate creations,” the museum said on its website.

The publication marks the first ever facsimile edition of all four sketchbooks, the museum said.

“They contain fleeting impressions of the world in which he lived, allowing us to continually look over his shoulder and gain a genuine insight into his artistry,” it added.

Most entries in the small sketchbooks are in pencil and black charcoal, but Van Gogh also used ink and various types of chalk.

Entries include illegible scribblings, hastily-drawn notes, some more elaborate drawings and a few well-considered studies for paintings to come, including works like the 1888 oil-on-canvas “The Sower.”

“He also used his sketchbooks to jot down everyday matters such a prescriptions, to copy out entire poems or to sketch a rough map to help him upon arriving in Paris,” in 1886, the museum said. “The sketchbooks provide valuable insight into Van Gogh’s artistic development and some pages include what are actually standalone miniature works of art.”

A limited number of 1,000 editions of the sketchbooks are up for sale at the museum’s shop from Thursday, with online sales expected to start next week, museum spokeswoman Lisette Bekker told AFP.

A box set with the four sketchbooks and a short commentary sells for 495 euros (580 dollars).

The Van Gogh Museum reopened its doors on May 1 after a seven month multi-million euro renovation.

It forms part of a trio of art museums which also includes the Rijksmuseum and Stedelijk museum of modern art on Amsterdam’s Museumplein, making the city a top global destination for art afficionados. 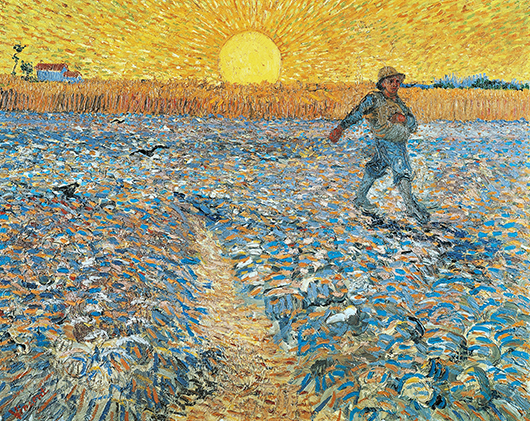 Copies of Van Gogh’s sketchbook being sold by Amsterdam’s Van Gogh Museum include the study for the Dutch master’s 1888 oil on canvas ‘The Sower (Sower at Sunset). The original artwork is part of the Kroller-Muller Museum collection.

It may be curtains for century-old Goldenrod Showboat