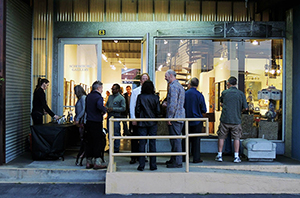 SANTA MONICA, Calif. (ACNI) – Supporters of a Los Angeles arts center located on a historic site have begun a petition drive in an effort to preserve what they say is one of Santa Monica’s greatest cultural resources.

Bergamot Station Arts Center, which opened in 1994, is home to the largest concentration of galleries in the western United States, an auction house, nonprofit organizations, a museum, a theater and a writing institution.

If the city of Santa Monica proceeds with  redevelopment plans as they currently exist, Bergamot Station will be destroyed. In serious jeopardy are dozens of business owners and hundreds of employees and artists, according to the Bergamot Station Gallery Cultural Association.

Redevelopment on the city-owned eight-acre site would result in the complex, with its distinctive, loft-style buildings, being razed.

Meanwhile, Santa Monica City Council has postponed a vote to select a development team for the local landmark.

Bergamot Stateion began its life in 1875 as a trolley car stop for the Red Line, which ran from Los Angeles to the Santa Monica Pier. When the trolley cars stopped running in 1953, the warehouses on the site were converted to commercial use, first as a celery packing operation, then an ice-making plant, and finally as a factory that made water heaters.

In 1989 the city purchased the Bergamot Station property from Southern Pacific Transportation Co. With its massive corrugated metal buildings, it was a natural for the display of large canvases and other artworks, and a plan to develop the property as a campus-like complex of arts-related businesses was enacted. In September 1994, Bergamot Station began its new life as a center for contemporary art galleries and design firms.

Yet after 20 years of continued success as an arts center, the city is considering plans for redevelopment.

A statement from the Bergamot Station Gallery Cultural Association reads: “We do not want another shopping mall to replace this unique and historic complex, which has thrived against all odds for two decades while providing exceptional  arts programming and community service. We, as over 40 art galleries and cultural businesses, respectfully cannot support Santa Monica’s current … plan for re-development. It threatens the heart and soul of Bergamot Station as we know it.”

Bergamot Station supporters are asked to sign the petition. Go to: 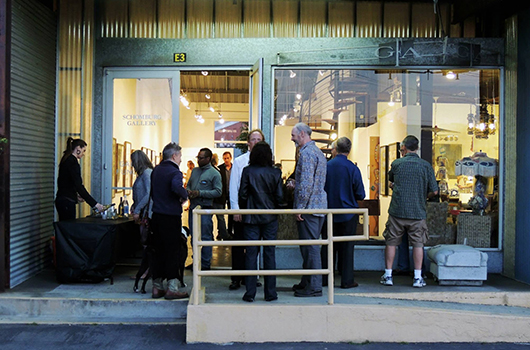