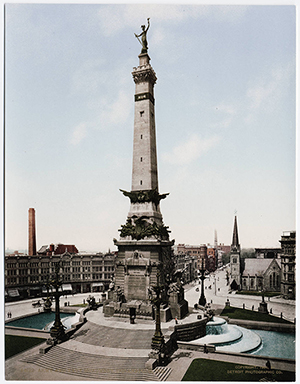 INDIANAPOLIS (AP) – Repairs to the Soldiers and Sailors Monument in downtown Indianapolis are going to take months longer to complete than first thought, an official said.

Crews erected scaffolding along the lower levels of two sides of the 112-year-old tower late week. They planned to repair leaks in the limestone and the monument’s bronze figures by late November, but the damage was more extensive than first thought, Indiana War Memorial Commission director Stewart Goodwin told WISH-TV.

“It’s something that does have a safety consideration,” he said. “Something could fall off of there – a piece of bronze or piece of stone.”

Goodwin said electrical workers will still be able to string thousands of lights on the monument for the city’s annual Circle of Lights festivities for the Christmas season that starts Nov. 28.

At least some scaffolding is expected to remain up through the Christmas season, since it cost $50,000 to construct the sections now in place. Goodwin said contractors will put more scaffolding up after Christmas around all four sides of the monument to look for additional damage.

“Right now, we’re in the investigative mode and we’re trying to solve what needs to be done and how we’re going to take care of that,” he said. “So there’s no way to know for a few months how much fixing the monument will cost.”

The observation deck of the 284-foot-tall tower and its gift shop were closed once crews started putting up scaffolding on Oct. 27.

Numerous repairs have been made to the monument in recent years, most notably in 2011, when the 38-foot-tall bronze sculpture named Victory atop the tower was taken down for about five months of restoration work.

The tower was completed in 1902 as a monument to Indiana’s military veterans, including more than 200,000 who served in Union forces during the Civil War.

Goodwin said the new goal is to have the monument repairs finished before next May’s Indy 500 activities start.

“It’s the kind of thing where you think you’ve got a home project that you can do on one Saturday afternoon and three weekends later you’re still working on it,” he said. 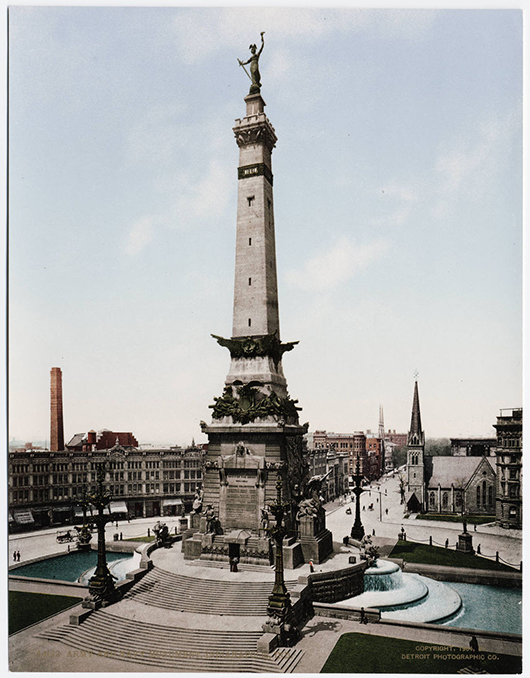