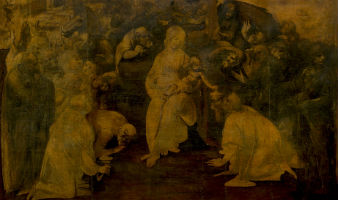 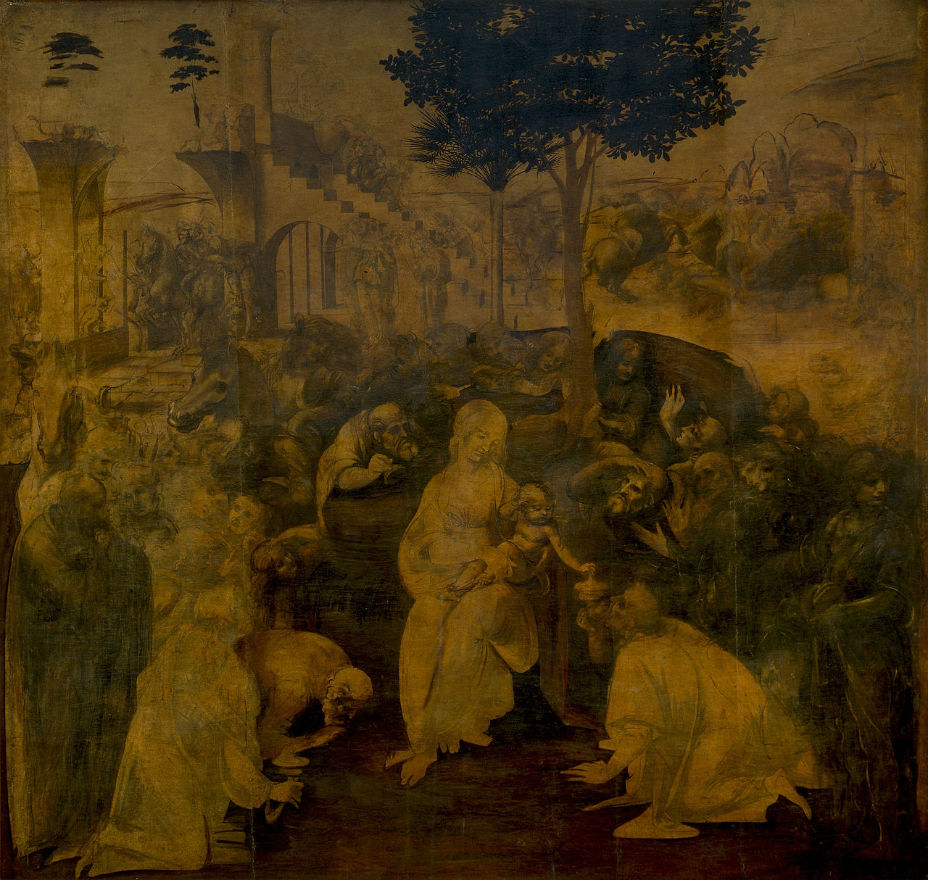 Leonardo da Vinci’s ‘Adoration of the Magi’ prior to restoration. Image courtesy of Wikimedia Commons

FLORENCE, Italy (AP) – Leonardo da Vinci’s unfinished masterpiece Adoration of the Magi has emerged from a six-year restoration cleaner, brighter and with a depth that hasn’t been seen for centuries.

Officials at Florence’s Uffizi Gallery unveiled the restored work at a ceremony Monday that will kick off a special exhibit running through September pitting Leonardo’s work alongside the Adoration of Filippo Lippi.

“This is a spectacular recovery of this most important painting by Leonardo,” said Uffizi director Eike Shmidt. While Leonardo’s Mona Lisa and The Last Supper are perhaps better appreciated, the Adoration “always was the most mysterious work as well because it was covered with dark layers of dirt, of paint and so on.”

Leonardo painted the large, nearly square oil on wood between 1481 and 1482, but left it unfinished after leaving Florence for Milan. It had been commissioned by Augustinian monks for the San Donato a Scopeto church, but ultimately ended up in the Medici collection.

The restoration was carried out by a team at the Opificio delle Pietre Dure, a research and conservation institute of the Italian Culture Ministry.

The institute’s director, Marco Ciatti, said nonoriginal materials had altered the work’s color scheme, its light and shadows, reducing its depth perception. In addition, there were two large cracks in the wooden planks that could have caused damage to the works.

Experts said the restoration uncovered newfound lucidity and profundity in the work, with figures that had previously been hidden now apparent and a “liveliness” of action uncovered.

“This is an extremely cinematographic painting, in fact, and has become such thanks to the cleaning,” said Schmidt. “With this painting, we have a really new look into Leonardo da Vinci’s mind.”
___