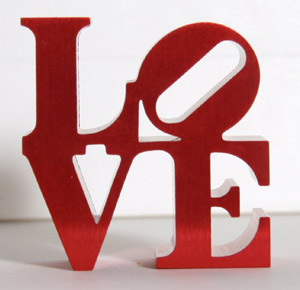 Indiana decades ago created the pop icon LOVE, known worldwide with its letters stacked two to a line, the letter “o” tilted on its side. Indiana has lived on Vinalhaven, an island off the Maine coast, since 1978.

Officials with the Rockland museum say the show will feature a range of Indiana’s work from the 1950s to the present, including some of his best-known works such as LOVE and his new HOPE sculpture, which he created for Barack Obama’s presidential campaign.

The museum says the show will be Indiana’s first major exhibition in years. It will run from June 20 to Oct. 25.

Copyright 2009 Associated Press. All rights reserved. This material many not be published, broadcast, rewritten, or redistributed.