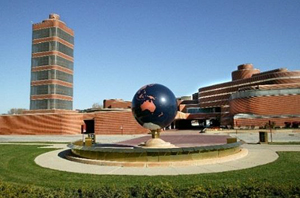 Both the Research Tower (1950) and the company’s Wright-designed Administration Building (1939) are now on the National Register of Historic Places. Photo Credit: SC Johnson.

RACINE, Wis. (AP) – Frank Lloyd Wright fans will get their first look at one of his most unusual buildings, an industrial tower with a tree-like design, when a home products company opens its former research and development center to the public this spring.

The 15-story tower at SC Johnson’s headquarters in southeastern Wisconsin is regarded as one of the country’s most important examples of cantilevered architecture. The first floor looks like a tree trunk, with second and higher floors springing off the core like branches.

The design may have helped inspire SC Johnson scientists. Within eight years of its 1950 opening, they developed four of the company’s most successful products – Raid bug killer, Glade air freshener, Off insect repellant and Pledge furniture polish.

“They really felt like they were in a creative environment,” said Gregory Anderegg, the company’s global community affairs director.

Wright described the 16-million-pound structure as having a “taproot” design, with a circular core supporting its entire weight.

The building is divided into seven levels, each with a square main floor and a round mezzanine above it. Scientists could shout to each other through the open space and send tools or supplies up or down with a dumbwaiter. The outer walls are made up of glass tubes that let in natural light while blocking out the industrial landscape that surrounded the building when it opened.

Sean Malone, CEO and president of the Frank Lloyd Wright Foundation, described the tower as an “iconic building” and one of the 20th century’s great works of architecture.

Scientists were still working in the tower when Anderegg started with SC Johnson in 1979. They moved out three years later when the company opened a new research and development center nearby. The facility then sat mostly empty until this year when SC Johnson finished a five-year, $30 million renovation of the research tower and adjacent administration center, also designed by Wright. Both buildings will be included on free tours beginning May 2.

H.F. Johnson Jr., the third generation of his family to lead the company, hired Wright to build the administration center in the 1930s. The architect’s career was in a lull following a scandalous love affair in which he left his wife for a family friend. The SC Johnson project and Fallingwater, the groundbreaking home built for a prominent Pittsburgh family about the same time, brought him back into the limelight, where he remained until his death, Malone said.

The administration center that opened in 1939 introduced open-floor-plan offices, with employees seated in a single great room. Pillars that are 21 feet tall support the roof. That allowed Wright to use glass tubing for exterior walls and bathe the room in natural light. He carried the idea over to the research tower and installed 60 miles of glass tubes between the two buildings.

The architect described the great room as a “corporate cathedral” and designed the research center as its bell tower, Anderegg said.

As in his other buildings, Wright also designed the furnishings, including three-legged chairs that had be to converted to four legs to stop workers from toppling over when they reached for something on their desks.

SC Johnson rescued equipment and supplies from storage to arrange the research tower as it was in its heyday. Visitors to the complex also can take in a new art exhibit focused on Frank Lloyd Wright’s homes in Spring Green, Wis., and Scottsdale, Ariz. The exhibit done in partnership with the Milwaukee Art Museum and Frank Lloyd Wright Foundation includes nearly a half-hour of the architect’s home movies.

The SC Johnson buildings help to create a Wright corridor that stretches from the Chicago area to southwestern Wisconsin, Malone said. Travelers can see Wright’s home and studio as well as the celebrated Unity Temple in Oak Park, Ill.; visit SC Johnson headquarters and Wingspread, the residence Wright designed for the Johnson family, in Racine, Wis.; and then head west to Taliesin in Spring Green, where the architect moved after leaving Chicago. Additional Wright buildings can be found along the way in Milwaukee and the Wisconsin capital of Madison.

SC JOHNSON RESEARCH TOWER: Tours begin at The Golden Rondelle Theater, at 1525 Howe St., Racine, Wis.; http://www.scjohnson.com/visit or 262-260-2154. SC Johnson will offer five free tours of up to two hours on Fridays and Saturdays and two on Sundays from May 2 through Sept. 27. Times vary, and reservations are recommended. 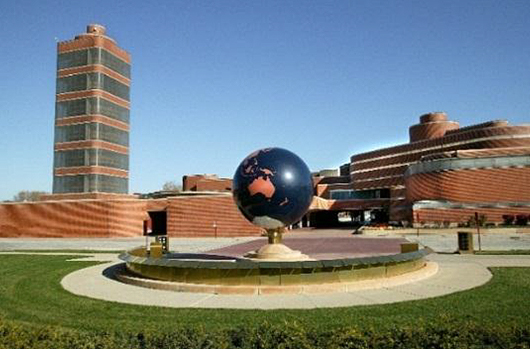 Both the Research Tower (1950) and the company’s Wright-designed Administration Building (1939) are now on the National Register of Historic Places. Photo Credit: SC Johnson. 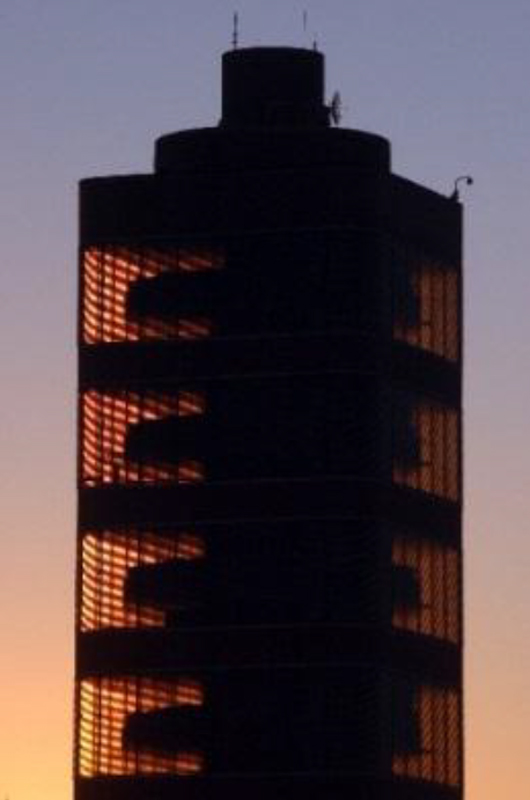 The unique taproot core design of The Tower illuminated by the sunset. The Tower is an inspiring example of cantilever construction with an inner core extending 50 feet into the ground that provides support for the 16 million pound structure. Frank Lloyd Wright coined the term ‘taproot’ to describe the unique foundation to his design and in keeping with his overall vision for the SC Johnson campus as a whole. Photo Credit: SC Johnson. 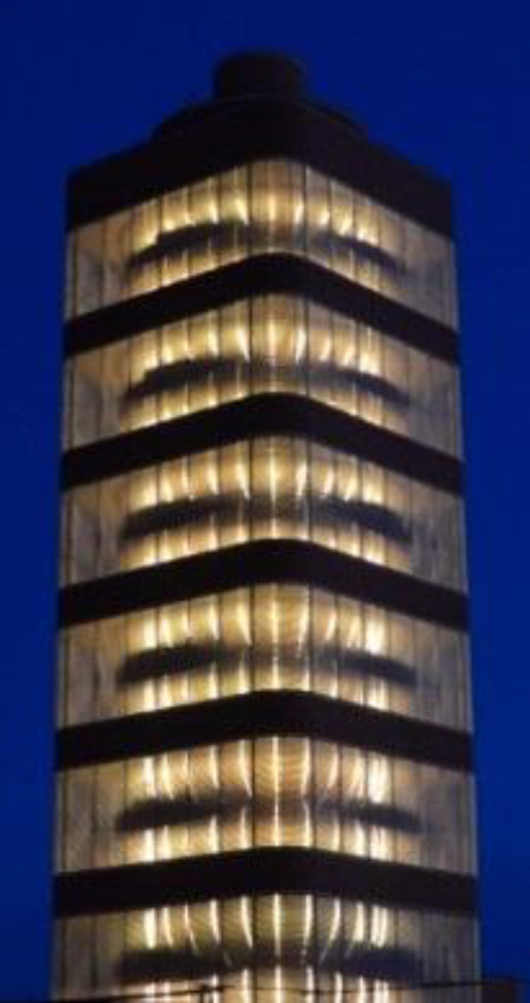 On Dec. 21, 2013, marking winter solstice, the longest night of the year, SC Johnson relit its Frank Lloyd Wright- designed Research Tower for the first time in 12 months. The lighting ceremony celebrated the extensive restoration to the Tower, which involved both exterior and interior updates, as well as celebrated the May 2014 opening. Photo Credit: SC Johnson.