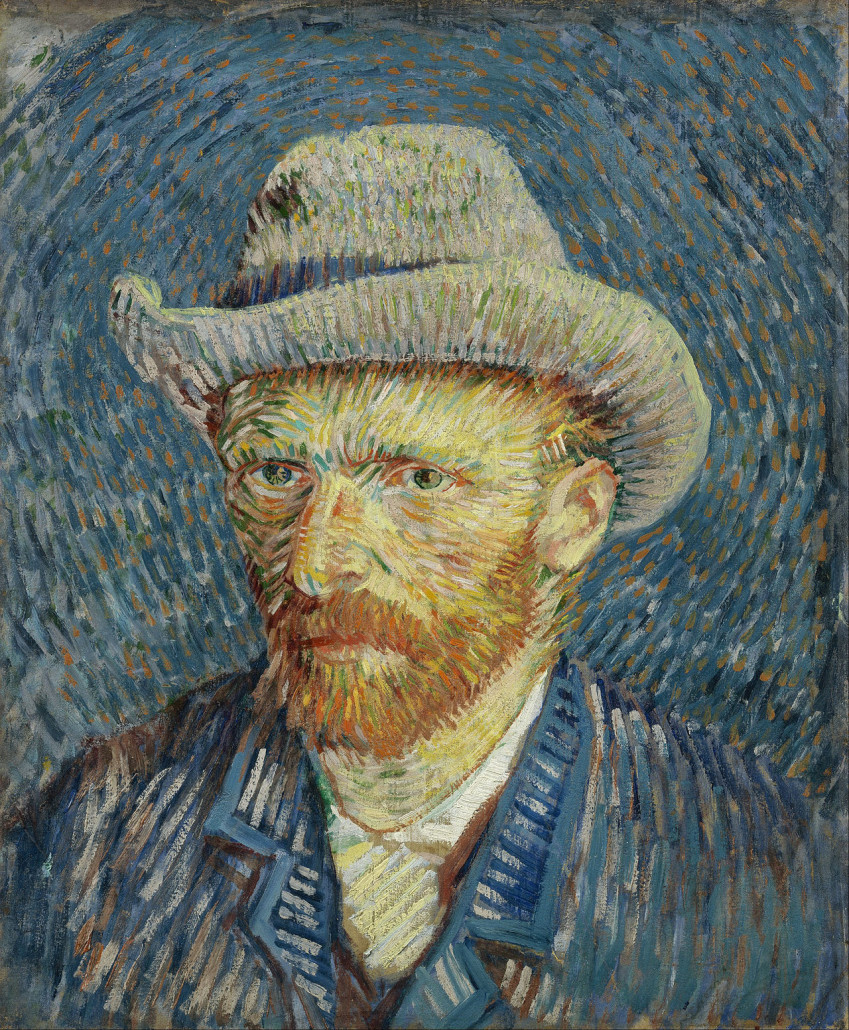 THE HAGUE, Netherlands (AP) – The star of a new exhibition at the Van Gogh Museum is not one of the Dutch painter’s flamboyant masterpieces, but a rough sketch by a junior French provincial doctor.

The sketch, recently discovered in an American library, shows just how much of his left ear Van Gogh sliced off in December 1888: almost all of it, according to the drawing by Dr. Felix Rey, who treated Van Gogh.

Opening Friday at the museum in Amsterdam, the exhibition “On the Verge of Insanity,” charts Vincent van Gogh’s descent into mental illness, his notorious self-mutilation in the southern French town of Arles and, finally, his decision to take his own life.

Dr. Rey’s 1930 drawing seems to offer a definitive answer to years of debate about exactly how much of his own ear Van Gogh cut off before taking it to a local brothel. According to two simple sketches, all that was left was a small flap of the lobe.

The sketches were unearthed by writer Bernadette Murphy in the archive of writer Irving Stone at The Bancroft Library, University of California, Berkeley, while she was researching her book, “Van Gogh’s Ear: The True Story.”

Rey drew the rough diagrams for Stone, who wrote a biographical novel of Van Gogh, “Lust for Life,” in the 1930s. The book was later filmed with Kirk Douglas playing the tormented artist.

The letter is displayed alongside a striking portrait of Rey that Van Gogh painted and gave to the doctor as a token of his gratitude.

In a letter to his brother, Theo, Van Gogh dismissed the breakdown that led to slicing off his ear as “a simple artist’s bout of craziness,” according to a catalog accompanying the exhibition.

But other paintings in the exhibition — “The Garden of the Asylum” and “The Enclosed Wheatfield in Saint-Remy after a Storm”– date from his subsequent stay in the asylum in Saint-Remy-de-Provence. The museum says they show how painting became a lifeline for Van Gogh during his battles with mental illness.

In a somber end to the exhibition, a badly corroded 7mm pocket revolver that could be the very weapon Van Gogh used to shoot himself is on display. It was discovered around 1960 in fields behind the castle in the northern French village of Auvers-sur-Oise, where Van Gogh shot himself in the chest on July 27, 1890. He died two days later.

The exhibition runs from July 15 until Sept. 25 at the Van Gogh Museum in Amsterdam. As part of the show, medical specialists and Van Gogh experts will discuss the various theories on Van Gogh’s mental illness on Sept. 14 and present their findings at a public symposium the following day.