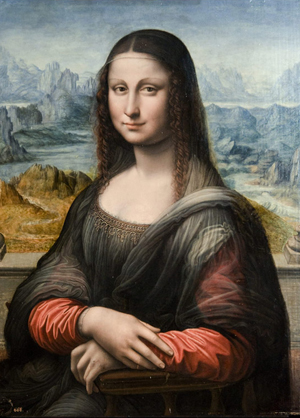 MADRID (AFP) – Spain’s Prado Museum put the earliest known copy of the Mona Lisa on display Tuesday for the first time since restoration work revealed it was likely painted by one of Leonardo da Vinci’s apprentices as he worked on the original.

Throughout the day, a crowd gathered around the painting, which shows the same woman the Italian artist painted, backed by a landscape of hills resembling those of the original masterpiece which hangs in the Louvre Museum in Paris.

“It is the most important copy of the Mona Lisa among those that have been discovered until today,” said the Prado’s technical specialist, Ana Gonzalez Mozo.

The painting has belonged to the Madrid museum since it was founded in 1819 and was even put on display in the past but had until recently been thought to be a replica made long after Loenardo da Vinci’s death.

“It did not seem to me nothing more than one of many copies,” said Mozo.

The significance of the painting was discovered only after the Louvre asked the Prado two years ago to study the painting to prepare it for a Leonardo exhibit which opens at the Paris museum next month.

Prado experts, using chemical analysis and infrared imaging, discovered that black paint was covering up an earlier part of the painting.

When they removed the black paint they uncovered a background landscape very similar to the original Mona Lisa.

The restoration also allowed researchers to see that changes made to the copy were similar to those made to the original as it evolved.

“We find each correction. A traditional copyest copies what he sees,” said Mozo.

In the Prado’s artwork, unveiled to journalists in the museum’s vaults for the first time on Feb. 1, the woman with the enigmatic smile in the

painting appears younger and fresher-faced than the one in Paris, and the background landscape of rivers and hills is lusher.

Art experts say this is because the Prado painting was cleaned when it was restored.

Gabriele Finaldi, the Prado’s deputy director of conservation and research, called the painting a “twin” of the Louvre’s Mona Lisa.

“It is like the painter of this painting was working flanked by the master,” she said.

“The restoration has already offered a series of clues that help us better understand the painting at the Louvre. We are only at the beginning of a much vaster investigation.”

The identity of the artist behind the copy is not known.

But Miguel Falomir, curator of Italian renaissance painting at the Prado, said it could have been Salai or Francesco Melzi, two artists working in

“They were the students who were closest to the master, they were the heirs to his work,” he said.

The painting will remain on display at the Prado through March 12, when it will be sent to the Louvre to be shown in an exhibition on Leonardo, starting March 29.