NEW YORK (AP) – Some of the most charming views of Venice can be found this summer in New York at the Frick Collection.

The museum is displaying a set of 12 etchings and three pastels of that Italian city by James Abbott McNeill Whistler, who was a contemporary of museum founder Henry Clay Frick and one of the industrialist’s favorite artists.

The 15 works on paper do not offer the typical, tourist’s eye view of Venetian landmarks. Instead, they depict quiet streets and backwaters, revealing the daily life of the city’s working classes.

“I have learned to know a Venice in Venice that others seem never to have perceived,” Whistler wrote to his patrons in London.

If this statement suggests that Whistler had an exalted opinion of himself, well, he did. The American-born artist who spent most of his life abroad was at the center of the intellectual debate raging at the time – the latter half of the 19th century – about the purpose of art.

Although he was influenced by earlier masters such as Rembrandt, van Dyck and Gainsborough, Whistler firmly embraced the avant-garde Aesthetic movement, sharing in its credo of “art for art’s sake.” There was no need for art to have a moral or educational purpose, he believed. All art had to be was beautiful.

And there could be no better example of Whistler’s belief in the transcendent value of beautiful objects than the five oil paintings – four full-length portraits and a seascape – on display along with the etchings and pastels.

Unlike the 17th- and 18th-century portraits in an adjoining gallery, Whistler dispenses with the custom of presenting his subjects against a recognizable landscape. His backgrounds are for the most part flat fields of color that complement the subjects and hint of 20th-century abstraction.

You’ll want to spend some time with these personalities. The portrait of Mrs. Frances Leyland, wife of one of Whistler’ chief patrons, exemplifies the artist’s aesthetic ideal of complete control of every aspect of an artwork. He designed her gossamer gown as well as the picture frame with its basket-weave pattern that mirrors the pattern of the checkered rug and parquet floor in the painting.

Then there’s the voluptuous portrait of Lady Meux, a former actress and daughter of a butcher whose marriage to a wealthy aristocrat created a scandal. Dressed in pink satin and white chiffon, she stares out from the canvas with coal black eyes, seeming to dare her detractors to question her right to pose for such a grand commission. In an essay accompanying the exhibit, curatorial assistant Caitlin Henningsen describes Lady Meux as a “woman unafraid of attention.” She goes on to note, “In this respect, artist and subject were very much alike.”

The exhibit opened June 2 and remains on view through Aug. 23. It will not travel. 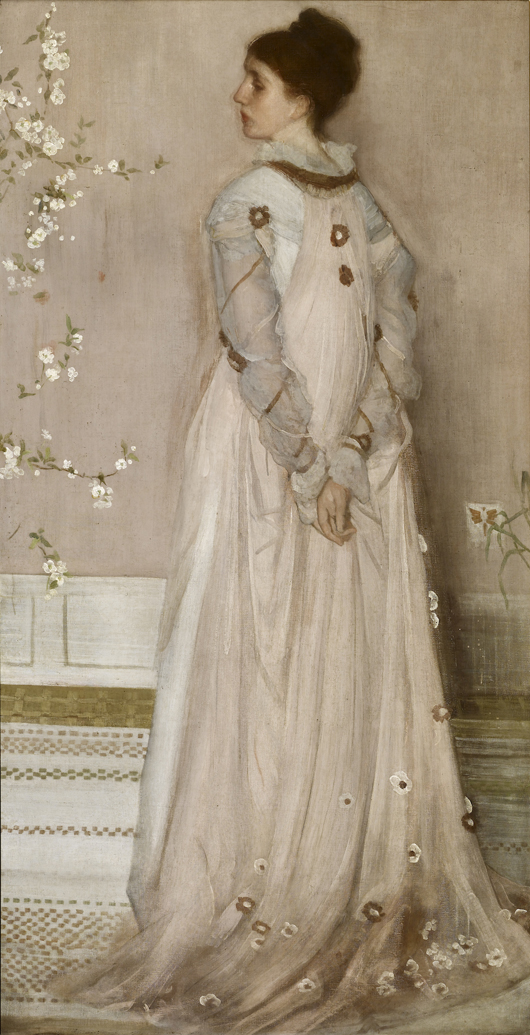 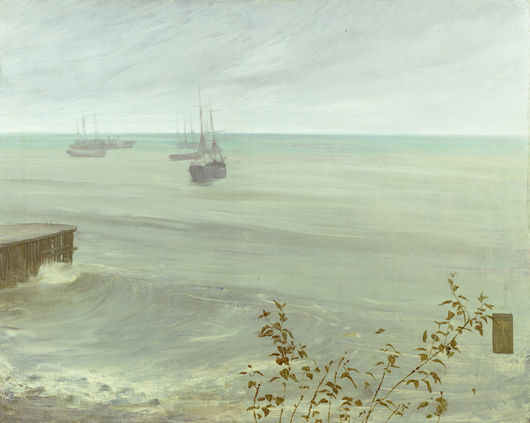 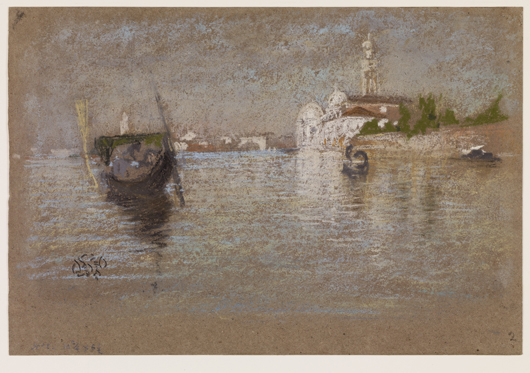