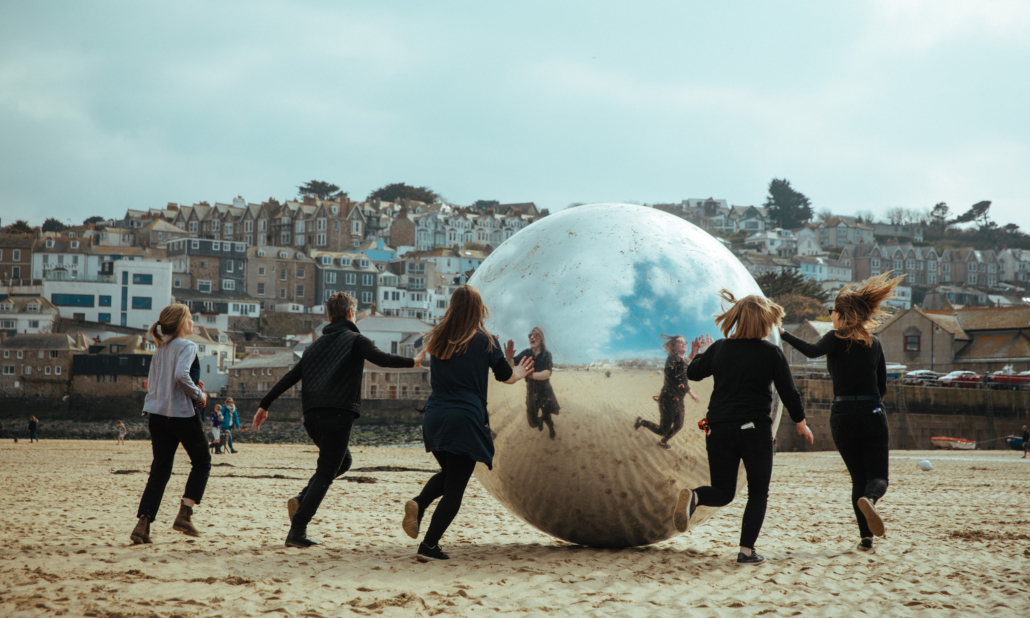 ST. IVES, UK – On Saturday June 22, a 2-meter-high silver ball, a scaled-up version of the St Ives Feast Day traditional ‘Hurling’ silver ball, will be rolled through the streets of St Ives. This is the latest public art performance developed with and for the town of St Ives as part of Tate St Ives’s Artist Residency Program. The performance is jointly choreographed with local community members and residency artist Allard van Hoorn. The project, 063 Urban Songline (Another Hurling of the Silver Ball) | Latitude: 50.204794° N – 50.214926° N / Longitude: -5.482636° W – -5.493938° W, is supported by the National Lottery Heritage Fund and the Mondriaan Foundation.

A celebration of St Ives, the 1000-year old tradition of ‘Hurling’ involves a small silver ball being chased through the town on the annual Feast Day in February before being returned to the mayor on the steps of the Guildhall. Reimagining the silver ball at a much greater scale, van Hoorn has collaborated with local residents over the past months to create a unique procession that celebrates the communities of St Ives and their relationship to the town they call home. As part of his research into the history of Feast Day, Van Hoorn attended this year’s celebrations in St Ives during his residency at Porthmeor Studios in February.

The preparation for 063 Urban Songline (Another Hurling of the Silver Ball) has involved residents of St Ives sharing stories and associations to places relevant to the community both past, present and future. Many of them will take part in the performance, guiding the ball along and seeing themselves mirrored in the silver ball with their town and community behind them.
Allard van Hoorn says of his work, “These performances are a way of connecting to places by listening to them as well as research into how we use and experience the public domain and to what degree we can claim ownership over it, discussing notions of inclusion, becoming and belonging.”
Speaking about the event, Tate St Ives Director Anne Barlow said, “This performance builds on our commitment to working in spaces outside the gallery and collaborating with our communities.  This new project with the silver ball has generated a lot of excitement in the town – it’s a magical idea that really fits with the local heritage and we hope it inspires many people to be involved on the day.”
The hurling begins in Palemon Best Recreation Ground, home to two community led initiatives – the Community Orchard and Skate Park – and the mid-point, Ayr Field, is now a recognized open green space for the people of St Ives following the campaigning of local people. Many of the streets along the route have a story to tell, such as the top of Barnoon Hill which marks the edge of the historic fishing community and is a vantage point to The Island and the sea that edges the town. The harbor, historically the hub of the town, holds special connections to fishing, lifesaving and leisure activities enjoyed both in and on the water.
As the performance moves through the town, the artist will be recording live sounds, from park to road, harbour to gallery, documenting the path of the giant Silver Ball. These sounds will be mixed by van Hoorn after the Silver Ball reaches its destination, the outside space at Tate St Ives. A special sound performance will conclude the event. Extracts from the St Ives songline will be available to hear throughout the summer at Tate St Ives and photography and film from the event will be on show as part of Allard van Hoorn’s display in Gallery 10 at Tate St Ives until September 1 2019.
More about the project:
This project builds on Tate St Ives’s engagement with communities in St Ives and the highly positive feedback received about last year’s public art project by the artist Lucy Joyce. The work I Becomes You, Becomes We, Becomes Us took place on January 27 for one day only. With the help of St Ives, a new view of the coastline was created with neon pink fabric circles. Joyce is interested in creating works that has a shared action, inviting us to reimagine our surroundings, to look up, out and beyond our usual viewpoint at this constellation of gestures in the landscape.
Tate St Ives is the only one of the four Tate galleries to have a residency program. Continuing the legacy of the artists’ colony in St Ives, this gives practitioners from diverse creative disciplines the opportunity to develop their work in conversation with Tate St Ives, our communities and public programs. Initiated in 2013, the Artists Program values experimentation and risk, discussion and debate.
The Tate St Ives Artists Program provides a rolling program of artists, writers, musicians, academics, and creative practitioners, who will be in residence or actively associated with Tate St Ives for pre-agreed periods of times, in different capacities.
#   #   # 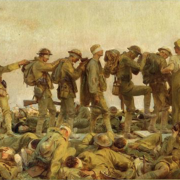 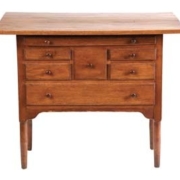 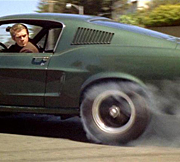 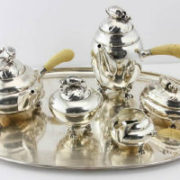 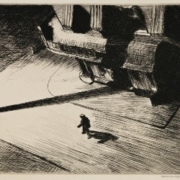 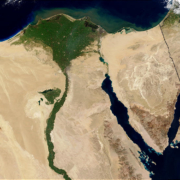 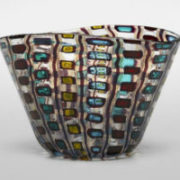