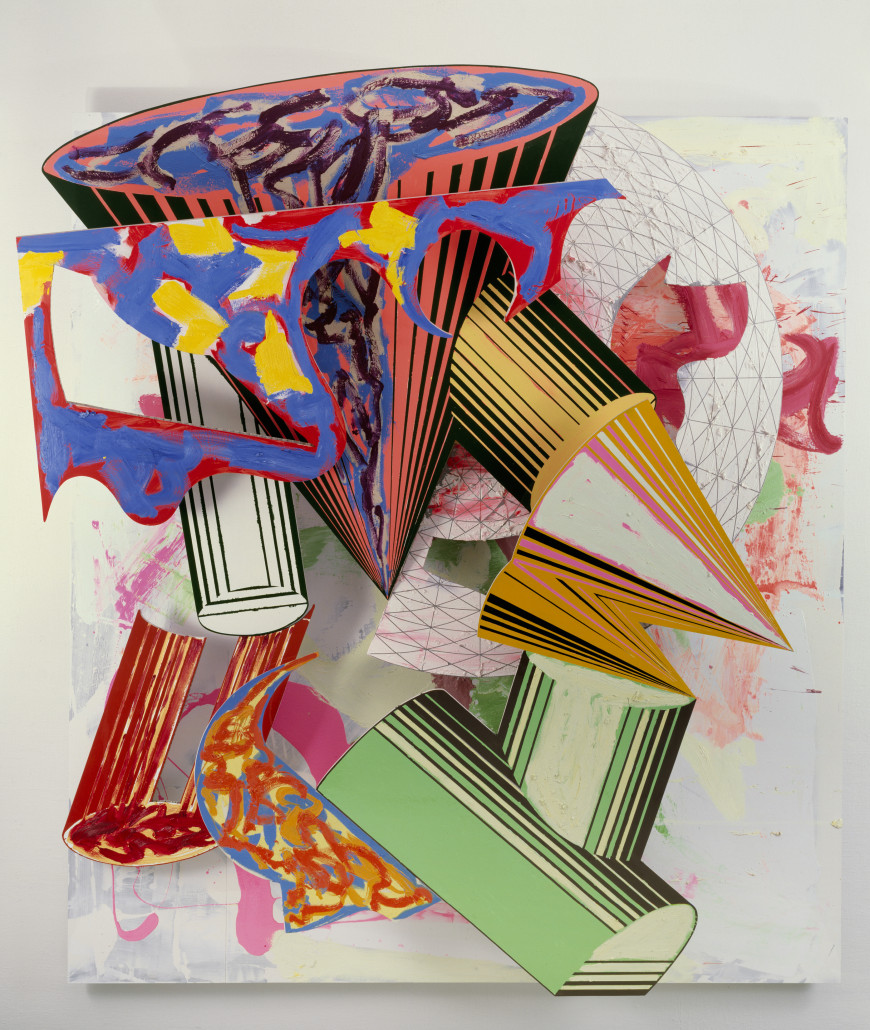 NEW YORK – The most comprehensive career retrospective in the U.S. of the work of Frank Stella will debut at the Whitney this fall. “Frank Stella: A Retrospective” brings together the artist’s best-known works installed alongside lesser known examples to reveal the extraordinary scope and diversity of his nearly 60-year career.

Approximately 100 works, including icons of major museum and private collections, will be shown. Along with paintings, reliefs, sculptures and prints, a selection of drawings and maquettes have been included to shed light on Stella’s conceptual and material process. “Frank Stella: A Retrospective” is co-organized by the Whitney Museum of American Art and the Modern Art Museum of Fort Worth.

The exhibition will be on view at the Whitney from Oct. 30 through Feb. 7, 2016, and at the Modern Art Museum of Fort Worth from April 17 through Sept. 4, 2016. It will subsequently travel to the DeYoung Museum, San Francisco. This will be the inaugural special exhibition and the first career retrospective devoted to a living artist in the Whitney’s new downtown home on Gansevoort Street. It will fill the entire fifth floor – the museum’s largest gallery for temporary exhibitions.

This is the first comprehensive Stella exhibition to be assembled in the United States since the 1987 retrospective at the Museum of Modern Art, New York.

“A Stella retrospective presents many challenges,” said Michael Auping, chief curator of the Modern Art Museum of Fort Worth. “Given Frank’s need from the beginning of his career to immediately and continually make new work in response to previous series. And he has never been timid about making large, even monumental, works. The result has been an enormous body of work represented by many different series. Our goal has been to summarize without losing the raw texture of his many innovations.”

“It’s not merely the length of his career, it is the intensity of his work and his ability to reinvent himself as an artist over and over again over six decades that make his contribution so important,” said Adam D. Weinberg, director of the Whitney Museum of American Art. “Frank is a radical innovator who has, from the beginning, absorbed the lessons of art history and then remade the world on his own artistic terms. He is a singular American master and we are thrilled to be celebrating his astonishing accomplishment.”

Throughout his career, Stella has challenged the boundaries of painting and accepted notions of style. Though his early work allied him with the emerging minimalist approach, Stella’s style has evolved to become more complex and dynamic over the years as he has continued his investigation into the nature of abstract painting.

Born in Malden, Mass., in 1936, Stella attended Phillips Academy, Andover, and then Princeton University, where he studied art history and painting. In college, he produced a number of sophisticated paintings that demonstrated his understanding of the various vocabularies that had brought abstract painting into international prominence. After graduating in 1958, Stella moved to New York and achieved almost immediate fame with his Black Paintings (1958–60), which were included in the Museum of Modern Art’s seminal exhibition Sixteen Americans in 1959–60.

The Leo Castelli Gallery in New York held Stella’s first one-person show in 1962. The Museum of Modern Art, under William Rubin’s stewardship, presented his first retrospective only a few years later, in 1970, when Stella was only 34 years old. A second retrospective was held at MoMA in 1987. Since then, Stella has been the subject of numerous exhibitions throughout the world.

Stella was appointed the Charles Eliot Norton Professor of Poetry at Harvard University in 1983. Stella has been the recipient of numerous awards and honors, including the 2009 National Medal of Arts.

Bell recovered from wreck of British battleship sunk in WWII