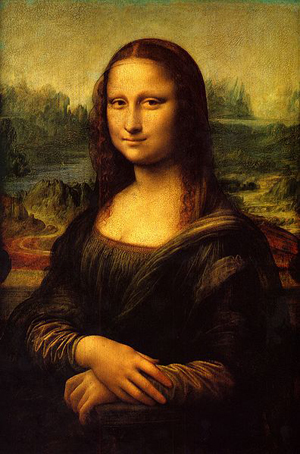 ROME (AP) – The legend of Leonardo da Vinci is shrouded in mystery: How did he die? Are the remains buried in a French chateau really those of the Renaissance master? Was the Mona Lisa a self-portrait in disguise?

A group of Italian scientists believes the key to solving those puzzles lies with the remains – and they say they are seeking permission from French authorities to dig up the body to conduct carbon and DNA testing.

If the skull is intact, the scientists can go to the heart of a question that has fascinated scholars and the public for centuries: the identity of the Mona Lisa. Recreating a virtual and then physical reconstruction of Leonardo’s face, they can compare it with the smiling face in the painting, experts involved in the project told The Associated Press.

“We don’t know what we’ll find if the tomb is opened, we could even just find grains and dust,” says Giorgio Gruppioni, an anthropologist who is participating in the project. “But if the remains are well kept, they are a biological archive that registers events in a person’s life, and sometimes in their death.”

The leader of the group, Silvano Vinceti, told the AP that he plans to press his case with the French officials in charge of the purported burial site at Amboise Castle early next week.

But the Italian enthusiasm may be premature.

In France, exhumation requires a long legal procedure, and precedent suggests it’s likely to take even longer when it involves a person of great note such as Leonardo.

Jean-Louis Sureau, director of the medieval-era castle located in France’s Loire Valley, said that once a formal request is made, a commission of experts would be set up. Any such request would then be discussed with the French Ministry of Culture, Sureau said.

Leonardo moved to France at the invitation of King Francis I, who named him “first painter to the king.” He spent the last three years of his life there, and died in Cloux, near the monarch’s summer retreat of Amboise, in 1519 at age 67.

The artist’s original burial place, the palace church of Saint Florentine, was destroyed during the French Revolution and remains that are believed to be his were eventually reburied in the Saint-Hubert Chapel near the castle.

The tombstone says simply, Leonardo da Vinci; a notice at the site informs visitors they are the presumed remains of the artist, as do guidebooks.

“The Amboise tomb is a symbolic tomb; it’s a big question mark,” said Alessandro Vezzosi, the director of a museum dedicated to Leonardo in his Tuscan hometown of Vinci.

Vezzosi, who is not involved in the project, said that investigating the tomb could help identify the artist’s bones with certainty and solve other questions, such as the cause of his death. He said he asked to open the tomb in 2004 to study the remains, but the Amboise Castle turned him down.

As for the latest Italian proposal, Vinceti says preliminary conversations took place several years ago and he plans to follow up with a request next week to set up a meeting to explain the project in detail. This would pave the way for a formal request, he said.

The group of 100 experts involved in the project, called the National Committee for Historical and Artistic Heritage, was created in 2003 with the aim of “solving the great enigmas of the past,” said Vinceti, who has written books on art and literature.

Arguably the world’s most famous painting, the Mona Lisa hangs in the Louvre in Paris, where it drew some 8.5 million visitors last year. Mystery has surrounded the identity of the painting’s subject for centuries, with speculation ranging from the wife of a Florentine merchant to Leonardo’s own mother.

That Leonardo intended the Mona Lisa as a self-portrait in disguise is a possibility that has intrigued and divided scholars. Theories have abounded: Some think that Leonardo’s taste for pranks and riddles might have led him to conceal his own identity behind that baffling smile; others have speculated that, given Leonardo’s presumed homosexuality, the painting hid an androgynous lover.

Some have used digital analysis to superimpose Leonardo’s bearded self-portrait over the Mona Lisa to show how the facial features perfectly aligned.

If granted access to the gravesite, the Italian experts plan to use a miniature camera and ground-penetrating radar – which produces images of an underground space using radar waves – to confirm the presence of bones. The scientists would then exhume the remains and attempt to date the bones with carbon testing.

At the heart of the proposed study is the effort to ascertain whether the remains are actually Leonardo’s, including with DNA testing.

Vezzosi questions the feasibility of a DNA comparison, saying he is unaware of any direct descendants of Leonardo or of tombs that could be attributed with certainty to the artist’s close relatives.

Gruppioni said DNA extracted from the bones could also eventually be compared to DNA found elsewhere. For example, Leonardo is thought to have smudged colors on the canvas with his thumb, possibly using saliva, meaning DNA might be found on his paintings, though Gruppioni conceded this was a long shot.

Even in the absence of DNA testing, other tests could provide useful information, including whether the bones belonged to a man or woman, and whether the person died young or old.

“We can have various levels of probability in the attribution of the bones,” Gruppioni said. “To have a very high probability, DNA testing is necessary.”

The experts would also look for any pathology or other evidence of the cause of death. Tuberculosis or syphilis, for example, would leave significant traces in the bone structure, said Vinceti.

In the best-case scenario – that of a well-preserved skull – the group would take a CAT scan and reconstruct the face, said Francesco Mallegni, an anthropology professor who specializes in reconstructions and has recreated the faces of famous Italians, including Dante.

Even within the committee, experts are divided over the identity of the “Mona Lisa.”

Vinceti believes that a tradition of considering the self-portrait to be not just a faithful imitation of one’s features but a representation of one’s spiritual identity may have resonated with Leonardo.

Vezzosi, the museum director, dismissed as “baseless and senseless” the idea that the Mona Lisa could be a self-portrait of Leonardo.

The painting is “like a mirror: Everybody starts from his own hypothesis or obsession and tries to find it there,” Vezzosi said in a telephone interview.

He said most researchers believe the woman may have been either a concubine of the artist’s sponsor, the Florentine nobleman Giuliano de Medici, or Lisa Gherardini, the wife of a rich silk merchant, Francesco del Giocondo. The traditional view is that the name Mona Lisa comes from the silk merchant’s wife, as well as its Italian name: La Gioconda.

Associated Press writers Deborah Seward in Paris and Ariel David in Rome contributed to this report.