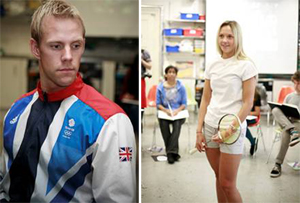 BP Portrait Award: Next Generation Summer Schools aim to inspire young artists, ages 14-19. The two Summer Schools connected young people interested in portraiture with BP Portrait Award-winning artists. This is the third year of the project, which has engaged young people with painted portraiture through the BP Portrait Award exhibition. The project was part of the 12-week nationwide London 2012 Festival, giving the opportunity for people across the UK to celebrate the London 2012 Olympic and Paralympic Games, providing a permanent artistic legacy.

Davenport and White were guest models on the first day of each Summer School, giving the participants the experience of drawing a top athlete from life. The life drawings were then developed into final painted portraits by the participants. In 2011, Paralympian Shelly Woods modeled for the drawing classes. Selected portraits of Woods by participants are part of a special display at the gallery linked to the BP Portrait Award 2012 exhibition.

Young people from across London applied for places at the three-day Summer Schools.

Footage from a series of short Taster Sessions last month and artist interviews filmed by a crew of young people can be viewed on www.npg.org.uk/bpnextgeneration. On this project website young people can display and share their portraits via Flickr, go behind the scenes to hear about what it is like to be an artist selected for the BP Portrait Award and also vote in online portraiture polls. Nearly 300 painted portraits have been loaded on the online Flickr gallery so far, a showcase for young artists.

Badminton player Gabby White is 2012 mixed and women’s doubles English national champion winner. In 2011 she won bronze in the European mixed team championships, and team bronze medal in the 2010 Commonwealth Games. Now 21, White first represented England at the age of 12. 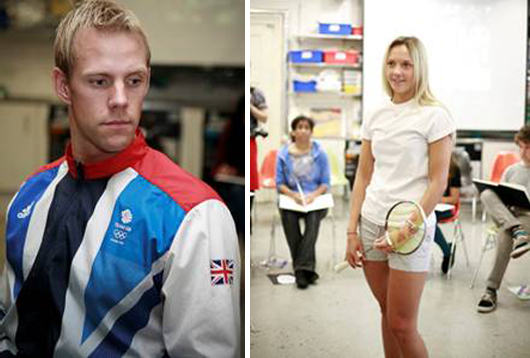