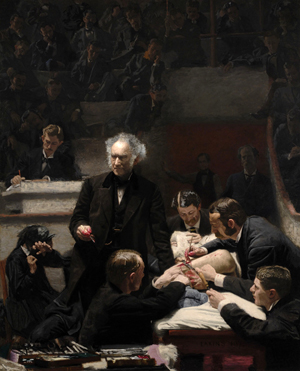 Thomas Eakin’s The Gross Clinic, 1875, is now owned by the Philadelphia Museum of Art and the Pennsylvania Academy of Fine Arts. Image courtesy of Wikimedia Commons.

PHILADELPHIA (AP) – The president of Thomas Jefferson University announced Wednesday that he will be stepping down from his post next year, but will return as a faculty member.

Robert Barchi arrived as president of the medical college in 2004, after serving as provost at the University of Pennsylvania. A search for his replacement will begin in September.

Barchi was the subject of controversy in 2006, when he said the university had agreed to sell its Thomas Eakins painting, The Gross Clinic, after 129 years of ownership to a museum being built in Arkansas by Wal-Mart Stores Inc. heiress Alice Walton.

That sparked an intense drive that raised $68 million and kept the painting in the city.

Eakins’ masterwork from 1875 depicts an operation in progress by the nation’s most famous surgeon at the time, Dr. Samuel Gross, at what then was called Jefferson Medical College.

“We are not a museum,” Barchi had said in explaining the decision to sell the painting, which is now owned jointly by the Philadelphia Museum of Art and the Pennsylvania Academy of the Fine Arts.

“In the 40 years of my academic career, I have not seen another institution with a deeper sense of family and collegiality,” Barchi said in a letter to Jefferson faculty and staff announcing his June 2012 departure.

Barchi, a neurologist, plans to take a yearlong sabbatical and return as a full-time member of Jefferson’s faculty in September 2013.

During his tenure, the university has seen a 51 percent increase in enrollment and the opening of new schools of pharmacy and population health. The university also said it is on track to surpass $300 million in fundraising by the time Barchi’s presidency ends next year, a figure double the previous eight-year period.

“Bob Barchi has been a dynamic leader, and the Jefferson community and campus has greatly benefited from his extraordinary energy and vision,” said David Binswanger, chairman of the board of trustees. “His gifts as a CEO and academician will be missed, but I am delighted that he will remain part of our faculty.” 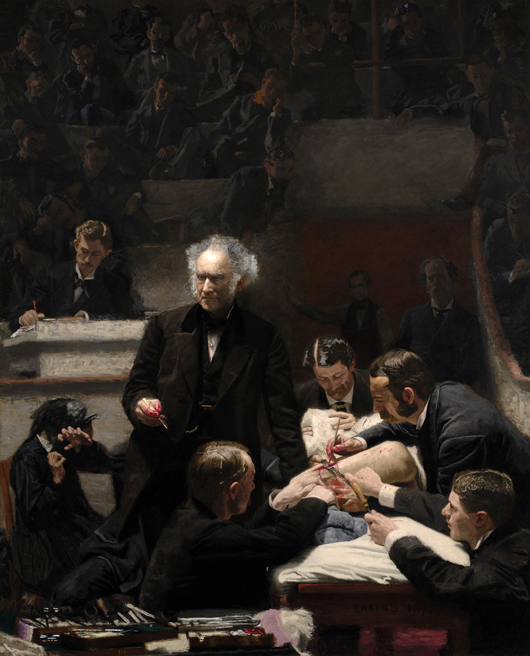 Thomas Eakin’s The Gross Clinic, 1875, is now owned by the Philadelphia Museum of Art and the Pennsylvania Academy of Fine Arts. Image courtesy of Wikimedia Commons.