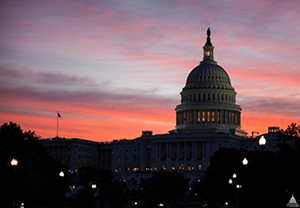 The US Capitol in Washington, DC, as seen at sunset. U.S. Capitol image.

WASHINGTON (AFP) – The US Capitol dome will undergo its first comprehensive repairs in more than half a century this autumn, installing a doughnut-shape canopy to protect visitors to the historic structure, officials said Tuesday.

The two-year project will begin this November aimed at repairing nearly 1,300 cracks that have emerged in the nine-million-pound (4.1-million-kilogram) cast iron dome, according to the Architect of the Capitol (AOC) office.

“We must conduct this critical work to save the dome,” Architect of the Capitol Stephen Ayers said on the AOC website.

“From a distance the dome looks magnificent, (but) on closer look, under the paint, age and weather have taken its toll and the AOC needs to make repairs to preserve the Dome,” he said.

While scaffolding will surround the dome on the outside, a white canopy in the shape of a doughnut will be installed in the interior of the Capitol Rotunda to protect artwork and visitors, whose tours will continue despite the repairs.

Delamination of paint on the outer skin of the dome has allowed water to infiltrate the structure and rust the ironwork.

Several of the original windows are cracked, and water stains litter the interior marble, according to the AOC.

Construction on the dome began in 1855. Work symbolically continued through the US Civil War and the structure was eventually completed in 1866.

The Capitol, a worldwide symbol of freedom and democracy, will be the second major Washington landmark enshrouded in scaffolding.

The Washington Monument is encased in an elegant, if bulky, covering as workers make repairs to the iconic marble tower that was damaged in a rare earthquake in 2011. 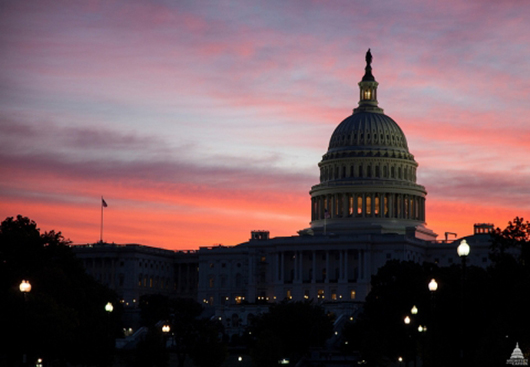 The US Capitol in Washington, DC, as seen at sunset. U.S. Capitol image. 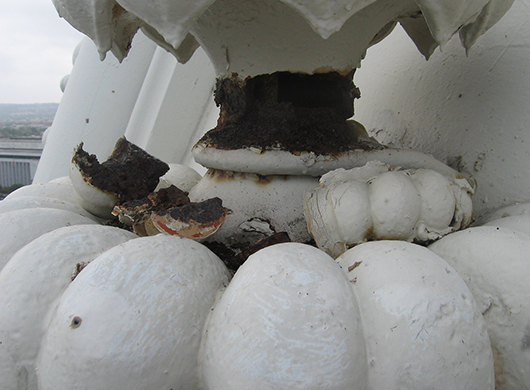 The US Capitol’s dome is in dire need of restoration, as is evident in this photo of a pitted and corroded acorn finial. U.S. Capitol image.