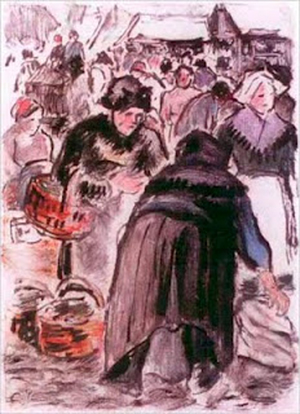 NEW YORK (AFP) – US authorities on Wednesday returned a painting by the Impressionist Camille Pissarro that was stolen in a brazen robbery from a French museum three decades ago.

Manhattan federal prosecutor Preet Bharara said the work titled “Le Marche aux Poissons” [The Fish Market] was handed back, ending an odyssey that began in 1981 when a thief walked out with the canvas during business hours from Faure Museum in Aix-les-Bains.

“International trafficking in stolen art threatens every nation’s ability to safeguard cultural treasures for future generations. It is very gratifying for our office to play a role in helping this artwork find its way back home after so many years,” Bharara said in a statement.

The return of the work was less-exciting news for Sharyl Davis, who bought Pissarro’s street scene at a bargain $8,500 from a Texas art gallery, then tried to sell it in 2003 at Sotheby’s auctioneers.

Davis had been expecting to raise between $60,000 and $80,000 for “Le Marche aux Poissons” at auction. She told Sotheby’s that she knew only that the painting had been consigned to the Texas gallery by a man she knew as “Frenchie.” In fact, he was a Frenchman named Emile Guelton, according to prosecutors.

French authorities caught wind of the work’s reappearance and requested its seizure and return.

A US court found in 2010 that the painting was subject to forfeiture as stolen property. Davis unsuccessfully appealed. 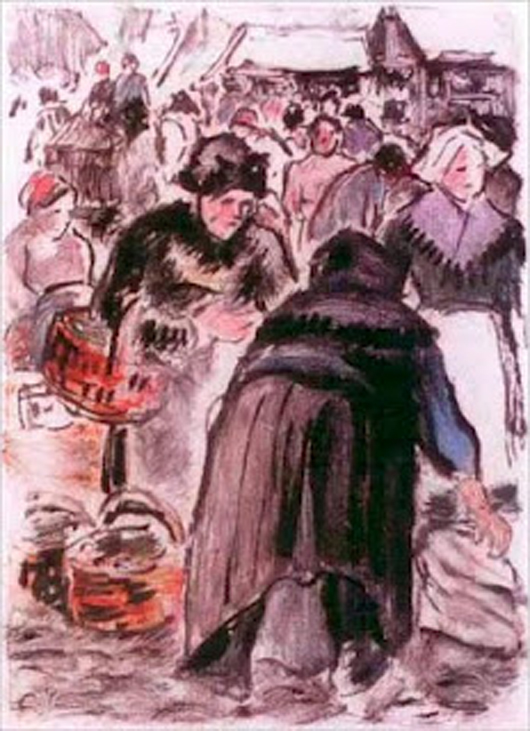