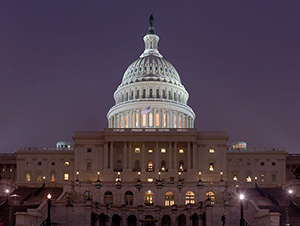 The U.S. Capitol at night. Photo by David Iliff. License: CC-BY-SA 3.0. This file is licensed under the Creative Commons Attribution-Share Alike 3.0 Unported license.

SALT LAKE CITY (AP) – A Utah company will play a major role in a two-year, $60 million renovation of the U.S. Capitol dome.

Historical Arts & Casting Inc. of West Jordan has finalized a contract to replace much of the cast iron that makes up the dome.

While much of the Capitol building in Washington, D.C., is made of stone, the dome itself is made of cast iron painted to look like masonry.

“Over the years the cast iron has started to crack and break as waterproofing has failed,” Robert Baird, vice president of Historical Arts & Casting, told the Deseret News.

The dome has more than 1,000 cracks and flaws that need to be fixed, and cast iron pieces in the worst shape will be shipped to Utah.

“We’ll use those original parts as models to create new components that will be the exact size and shape that will go back into that building,” Baird said.

Helping with the Capitol dome restoration is an honor, Baird said, but it’s one that comes with some pressure. The repair job has to hold up for at least another century.

Time has let water seep through hundreds of cracks in the 150-year-old dome. The water attacks cast iron, which “continues to rust and rust and rust,” said Stephen T. Ayers, Architect of the Capitol.

The aging cast iron is low-quality by today’s standards, and a dome today probably would be built with glass and steel, said Kevin Hildebrand of the Capitol architect’s office.

During the project, curved rows of scaffolds will encircle the dome to allow contractors to strip paint and repair the cracks and broken cast-iron pieces.

The last major renovation was in 1960. 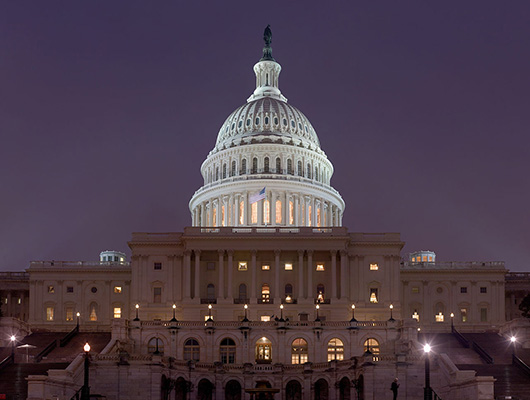 The U.S. Capitol at night. Photo by David Iliff. License: CC-BY-SA 3.0. This file is licensed under the Creative Commons Attribution-Share Alike 3.0 Unported license.