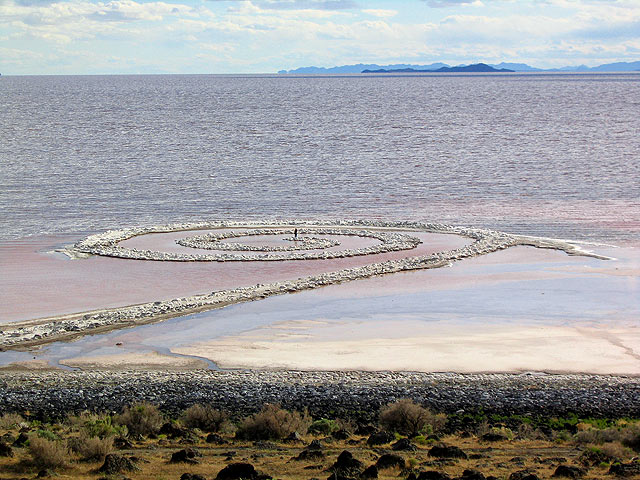 A person stands in the middle of ‘Spiral Jetty.’ Image courtesy of Wikimedia Commons.

SALT LAKE CITY (AP) – Utah’s governor has signed a bill that designates the iconic Spiral Jetty sculpture on the shore of the Great Salt Lake an official state work of art.

It was built by artist Robert Smithson in 1970. Born in Passaic, New Jersey in 1938, Smithson died in a plane crash while surveying sites for his work Amarillo Ramp in the vicinity of Amarillo, Texas, on July 20, 1973.

Some lawmakers have spoken out against the proposal, questioning why the state should honor a sculpture made by an artist who is not from Utah.

Many consider the Jetty, which in some years becomes submerged in water, one of the most significant sculptures in American art.
___

Restoration returns liveliness to Leonardo’s ‘Adoration of the Magi...