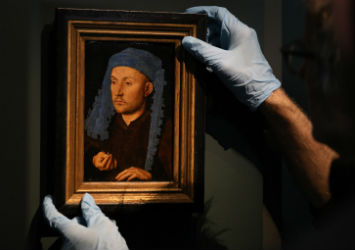 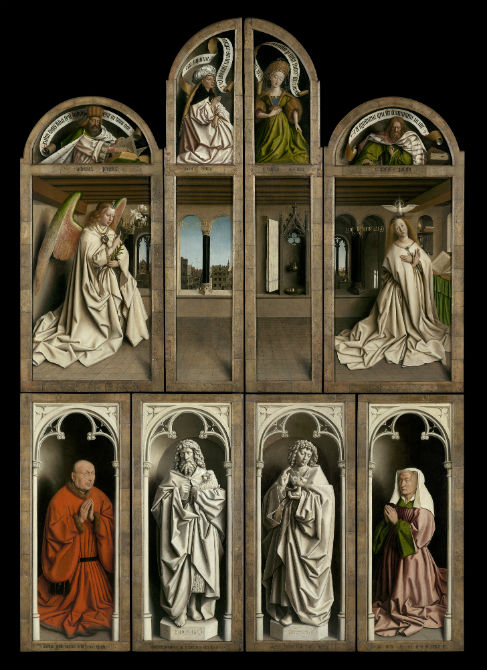 GHENT, Belgium – Only approximately 20 works by Jan van Eyck have been preserved. Quite exceptionally, over half of these have traveled here in 2020 for the exhibition “Van Eyck: An Optical Revolution” at the Museum of Fine Arts Ghent. The exhibition, which opened Feb. 1, runs through April 4, 2020.

The centerpieces of the exhibition are the outer panels of The Adoration of the Mystic Lamb. These were restored at the museum by the Royal Institute for Cultural Heritage between 2012 and 2016. In a highly exceptional loan, they returned to the museum where they are reunited with other works by Van Eyck for the first time.

To contextualize the optical revolution he inspired, Van Eyck’s paintings are shown alongside works by his most talented peers from Germany, France, Italy and Spain. “Van Eyck. An Optical Revolution” is a once-in-a-lifetime experience and one of the absolute highlights of Ghent’s 2020 Van Eyck theme year.

Jan van Eyck was a court painter for Philip the Good, Duke of Burgundy (1396-1467). The flamboyant duke and his entourage surrounded themselves with the best artists. At the same time, the Flemish cities of Ghent and Bruges were prospering as trading centers. Wealthy merchants and politicians mirrored the pomp and circumstance of the courts and were in turn buyers of luxury goods. This was Jan van Eyck’s creative environment, between the court and the city, between art and métier. 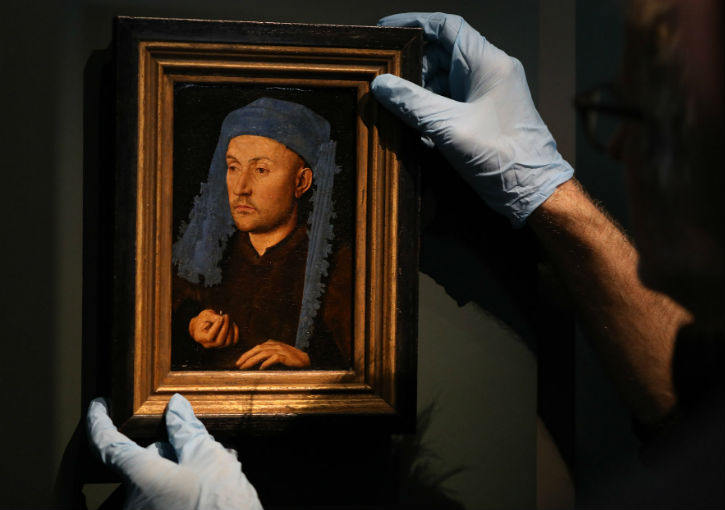 Van Eyck distinguished himself from his peers and triggered an optical revolution. With his matchless technique, scientific knowledge and unrivaled observational skills, he elevated oil painting to unprecedented heights and determined the future course of Western art. Never before had a painter made reality so tangible: All that seems to be missing from his portraits is his subjects’ breath, while his landscapes reveal the world in all its facets. Van Eyck trained his eye on the tiniest details before casting it wide again to create unforgettable panoramas.

His masterpiece, The Adoration of the Mystic Lamb (1432, St. Bavo’s Cathedral, Ghent), bears witness to all three of these qualities. The restoration of the outer wings of the altarpiece plays a central role in the exhibition. A gigantic task undertaken by the Royal Institute for Cultural Heritage (KIK), the project commenced at the Museum of Fine Arts Ghent in 2012. Visitors now have the opportunity to get close to the work and admire the spectacular results.

To contextualize Van Eyck’s optical revolution, his paintings are displayed alongside works by his most talented contemporaries from Germany, France, Italy and Spain. These artists also moved in exalted circles and received prestigious commissions. The exhibition focuses on the artistic similarities and differences between their works, diving deeper into the historical context in which they were created.

“Van Eyck. An Optical Revolution” unravels the myths about the artist and considers his technique, his oeuvre and his influence from a fresh perspective. This exhibition awakens a sense of wonder among visitors, comparable to that which people would have felt when they saw his works for the first time: a once-in-a-lifetime experience.

The exhibition in 2020 brings around 80 late medieval works to Ghent. Painting, miniature art, sculpture, and drawings are placed next to and opposite each other to bring the medieval world of Van Eyck to life.

In 2020, Ghent is honoring its great Flemish master. During the theme year the city reveals how Van Eyck has left his mark in Ghent, six centuries on. The Ghent Altarpiece is so much more than a piece of world heritage. It is a living icon that continues to fascinate and inspire.