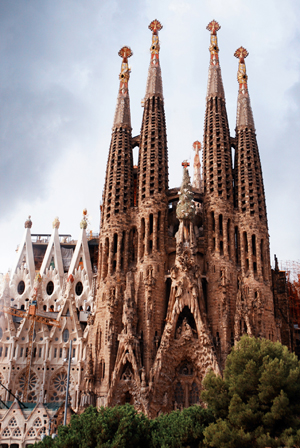 View of the Nativity Façade of Sagrada Família, which is a UNESCO World Heritage Site. Image by Mstyslav Chernov. This file is licensed under the Creative Commons Attribution-Share Alike 3.0 Unported license.

MADRID (AFP) – It has been under construction for more than 130 years and there is another 13 to go, but the world has been given a glimpse of what Barcelona’s Sagrada Familia will look like when finally completed.

A 3D video has been released by the Sagrada Familia Foundation, the body responsible for overseeing the building project, which shows the ornate and gigantic cathedral in 2026, the date when the last brick will be laid.

That year will also be the centenary of the death of the building’s architect, Antoni Gaudi, who was killed aged 73 after being stuck by a tram in 1926.

Currently, some 65 percent of the famous architectural masterpiece has been built, including two facades, representing the birth and the Passion of Christ, as well as eight of the 12 towers dedicated to the apostles.

The video, which was released on Sept. 25, shows how the monument will gradually gain height, until the remaining towers and the main facade are finished.

When at last completed, the Sagrada Familia will dominate the Catalan capital’s skyline with the main tower of Jesus stretching 560 feet high.

The cathedral, where building work began in 1882, already attracts an estimated 3 million visitors each year, making it the most visited tourist attraction in Barcelona.

Gaudi was aware that he would not be able to complete his work and left models and plans for after his death, but many were destroyed in a fire during the Spanish civil war in the 1930s.

Because of this, as well as technical and financial difficulties, the project was delayed for decades.

The video can be seen at: https://www.youtube.com/watch?v=RcDmloG3tXU 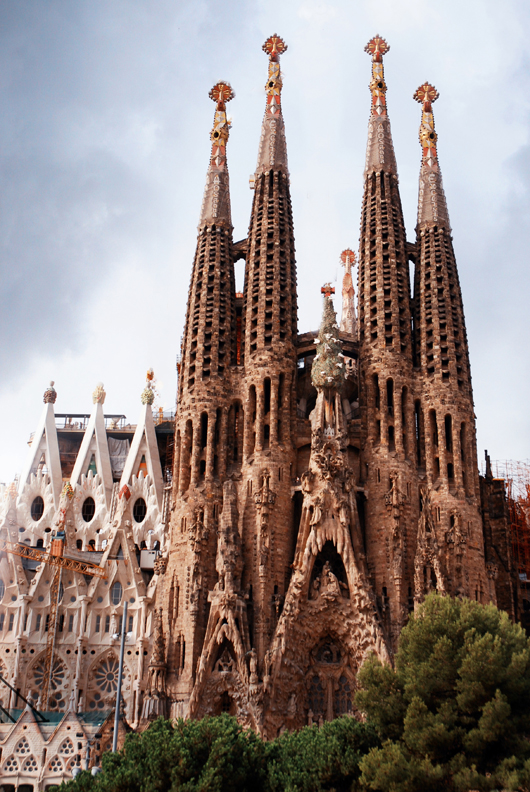 View of the Nativity Façade of Sagrada Família, which is a UNESCO World Heritage Site. Image by Mstyslav Chernov. This file is licensed under the Creative Commons Attribution-Share Alike 3.0 Unported license.