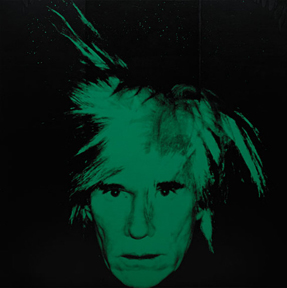 HONG KONG, 31 January 2012 – BNY Mellon is bringing the largest touring collection of Andy Warhol’s work to Asia in 2012/14 to mark the 25th anniversary of the death of the acclaimed American painter, printmaker and filmmaker.

Andrew Warhola (Aug. 6, 1928 – Feb. 22, 1987), known as Andy Warhol, was a leading figure in the visual art movement known as Pop Art. 15 Minutes Eternal will be the largest retrospective exhibition of the artist in Asia to date. It will feature over 300 paintings, photographs, screen prints, drawings, 3-D installations and sculptures to provide a fascinating insight into one of the most provocative and influential artists of the 20th century. Iconic works in the exhibition include Jackie (1964), Marilyn Monroe (1967), Mao (1972), Campbell’s Soup (1961), Silver Liz (1963), The Last Supper (1986), and Self-Portrait (1986).

The exhibition is curated by The Andy Warhol Museum in Warhol’s home town of Pittsburgh. It chronicles the breadth of the artist’s career and demonstrates the extraordinary scope of his interests. It will travel to five Asian cities over 27 months starting at ArtScience Museum at Marina Bay Sands in Singapore, where it will run from March 17, 2012 until Aug. 12, 2012. It will then tour to Hong Kong, Shanghai, Beijing throughout 2013 and end in Tokyo in 2014. Further details on these locations will be confirmed in due course.

“Fascinated by the glitterati, Warhol remains a complex and often misunderstood persona, whose artwork depicting consumer objects such as Heinz ketchup boxes, and paintings of Marilyn Monroe and Mao Tse-Tung have been imprinted into our collective consciousness,” said Eric Shiner, director, The Andy Warhol Museum.

Shiner added: “We are thrilled that BNY Mellon is bringing the life, work and creative genius of Andy Warhol to cities across Asia. This remarkable and extensive collection celebrates anew someone whose life and work define the concept: fame is fleeting, art is eternal.”

“BNY Mellon’s global commitment to the arts is designed to facilitate access and deeper exploration of art through the communities in which we live and work. We are very proud to be supporting The Andy Warhol Museum and bringing this remarkable body of work to Asia,” said Steve Lackey, chairman of Asia-Pacific, BNY Mellon.

An exhibition catalog, Andy Warhol: 15 Minutes Eternal, will be available for purchase at all exhibition venues.

A comprehensive series of education programs will accompany the exhibition and feature silk-screening workshops for local schools.

Visitors with smartphones can preview a selection of the exhibition in advance. The Warhol Art app is available for the iPhone, iPod Touch, iPad, and Android mobile devices via the iTunes App Store and Android Marketplace. The Warhol Art app allows users to examine works of art and related ephemera in The Warhol’s collection with an in-depth view of archival materials, letters, source images, film and video clips, and audio. The Warhol Art app features a behind-the-scenes glimpse of over 50 art works spanning Warhol’s career from the 1930s to late 1980s.

The Warhol D.I.Y. Pop app is also available for iPhone, iPod Touch and iPad mobile devices and can be downloaded via the iTunes app store. This app allows the user to learn about Warhol’s silkscreen process and create a digital silkscreen print by utilizing the built-in camera or a photo from the device’s library as source material. The user employs Warhol’s famed process step by step to create a personal work of art. The hands-on process includes cropping, exposing, painting, and even pulling the virtual screen. Once completed, the user can then share this newly created art via e-mail, Facebook or Twitter. The Warhol D.I.Y app also includes information about The Warhol, a curator’s video perspective, a video demonstration of the actual silkscreen process and more.

About The Andy Warhol Museum:

Located in Pittsburgh, Pennsylvania, the place of Andy Warhol’s birth, The Warhol is one of the most comprehensive single-artist museums in the world. The Andy Warhol Museum is one of the four Carnegie Museums of Pittsburgh. The Warhol has an extensive traveling exhibitions program, loaning Warhol’s artwork to museums around the world. Since 1996, exhibitions organized or co-organized by The Warhol have been seen by over 9 million people in 36 countries. Visit the museum online at www.warhol.org.