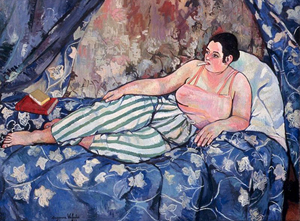 SEATTLE (AP) – Inspired by the Pompidou Center in Paris, which for nearly two years removed all the men’s art from its modern galleries, the Seattle Art Museum is letting women take over its downtown building this fall.

Lovers of art by men can still get their fill in the museum’s Renaissance, Asian and Native art galleries, but those who want to explore art from this past century will be studying the contribution of women to photography, video, painting and sculpture.

The show is a subset of the Pompidou’s survey of about a thousand pieces, with more than 130 works of art made by 75 artists from 1907 to 2007. The original exhibit wasn’t designed to travel and Seattle is the first museum other than the Pompidou to show it.

Although the Pompidou exhibit was groundbreaking because of its breadth, the subject matter is not unique in the United States, where some recent shows have examined a subset of the art history spanned by this exhibit, including “WACK! Art and the Feminist Revolution,” a show from the Museum of Contemporary Art in Los Angeles that traveled to New York, Washington and Vancouver, British Columbia.

In addition to the Pompidou exhibit, the Seattle Art Museum is featuring another floor of art by women, mostly from its own collection, spanning the 1920s through today.

The museum’s collection is supplemented by loans from local collectors and private institutions throughout the region, including two loaned Georgia O’Keeffe paintings. The museums two other locations also have been infused with art by women this fall.

Come to the downtown Seattle museum prepared to be schooled about modern art and possibly a little surprised. The galleries of “Elles: Pompidou” – more thematically arranged than chronological – are provoking, to say the least.

Wander deeper into the exhibit and the merely challenging leads to provocative, with pieces asking the viewer to reconsider their ideas about beauty, women and the human body.

Viewers are clearly warned before they enter galleries featuring the more controversial pieces, but the curators made a conscious decision not to isolate these pieces or cut them from the exhibit entirely.

One of Sanchez’s favorite pieces in the show is found in the “bodies” room: a video by Israeli artist Sigalit Landau called Barbed Hula. The performance piece shows a naked woman using a barbed wire hula hoop while standing on a beach. Sanchez says the piece makes her think about beauty and endurance and women in culture.

“It is OK that any art makes one uncomfortable because it allows for another conversation to open up about what is it about this work that is unsettling,” Sanchez said.

The curator hopes people won’t shy away from the exhibit even if they are concerned about feeling unsettled.

When asked what she thought about bringing children to see the exhibit, she said parents will have to make that decision themselves. Children may be shocked by some things in the show, Sanchez acknowledged, but mature adults may be as well.

She notes that the exhibit was designed to allow visitors to walk around the most mature pieces, but there is a tremendous amount of material that is less provocative.

Sanchez hopes some people will walk away from the museum wondering why society considers naked women in Renaissance paintings to be totally acceptable for all audiences but aren’t as comfortable with female bodies in photos and videos in modern art.

In addition to thinking about the art and how visitors will interact with it, Sanchez said the museum also got more in touch with the Seattle museum’s feminine side.

They found that about 6 percent of Seattle’s collection is credited to female artists, in contrast to the Pompidou’s 18 percent. Part of the explanation for that is the preponderance of Asian and native artworks in Seattle, many of which many have had women contributors but seldom had women credited. 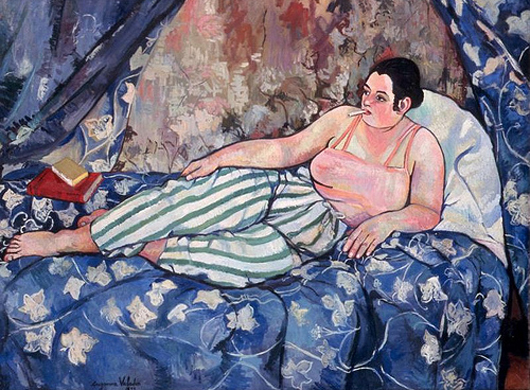 Bill Cosby’s art collection to remain on view at Smithsonian