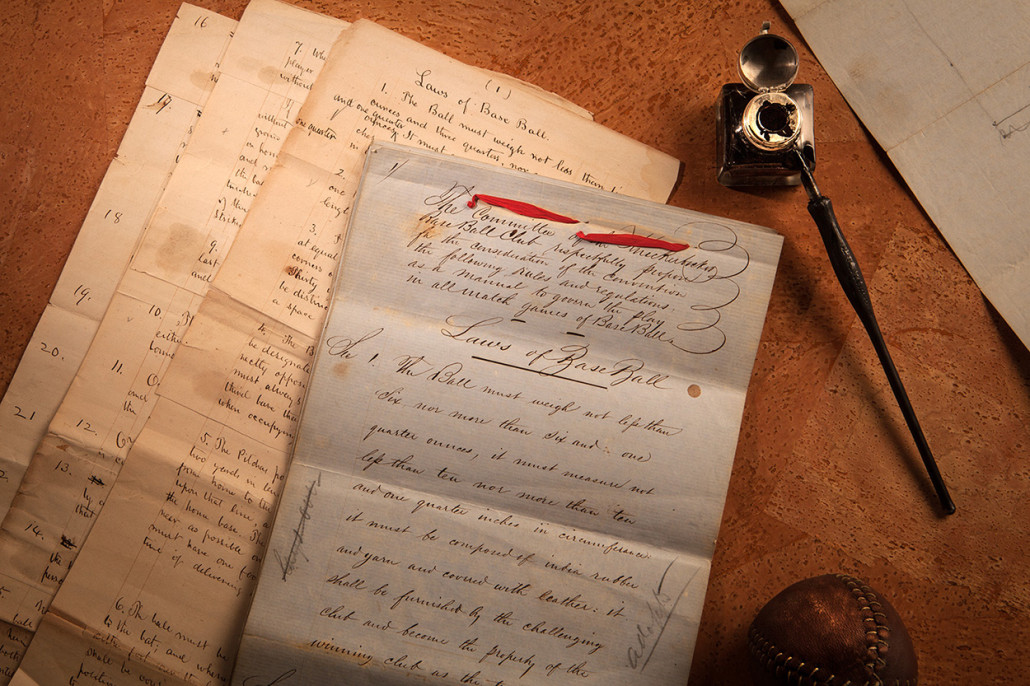 LAGUNA NIGUEL, Calif. – A handwritten “Laws of Base Ball” document sold for $3.3 million at a sports memorabilia auction conducted by SCP Auctions on Sunday.

It took $3,263,246 to secure the 1857 baseball pages whose author was recently identified as Daniel Lucius “Doc” Adams, then president of the New York Knickerbockers Base Ball Club. Adams drafted the manuscript for presentation at the historic baseball convention of 1857 in New York City.

Adams’ “Laws of Base Ball” document was the focal point of the convention and among newly proposed rules and guidelines established for the first time including setting the distance between bases at 90 feet, the number of men to a side at nine, and the duration of the game at nine innings.

“The ‘Laws of Base Ball’ is a document of unparalleled importance in the history of America’s National Pastime. Its gravitas was recognized by a diverse collection of astute bidders who pushed the bidding to a record level,” said SCP Auctions’ Vice President Dan Imler. “This figure represents not only the highest price ever paid for a baseball document, but the third highest price ever for any piece of sports memorabilia.”

The overall auction, which featured 1,310 lots including 166 from the  Don Drysdale Estate Collection, brought in a total of $7.2 million. Other top bids included a 1952 Topps Baseball complete set, $125,331; a rare collection of unused, graded tickets representing all 50 Super Bowls, $100,026; and the historic Aug. 23, 1989 signed agreement between Major League Baseball and Pete Rose that banned the “Hit King” from the game for life, $85,602.

The Don Drysdale Estate Collection, the largest personal assortment of Dodgers memorabilia ever offered publicly, was led by the sale of the late Hall of Famer’s 1963 L.A. Dodgers World Series championship ring, which went for $110,111, and his 1962 Cy Young Award, which sold for $100,100. In addition, his 1965 Dodgers World Series championship ring fetched $90,999, while his 1956 Brooklyn Dodgers game-worn rookie season uniform captured $82,727.