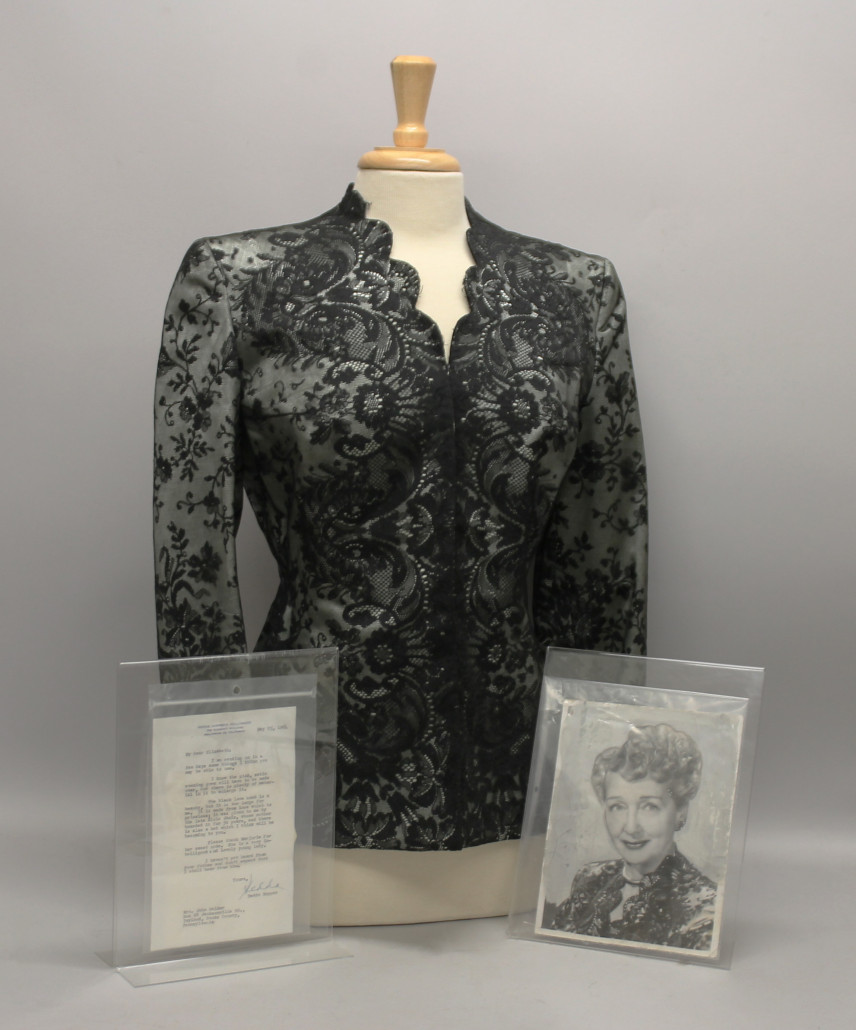 HATFIELD, Pa. – On Dec. 9 the Alderfer Auction Co. will offer a collection of Hedda Hopper’s clothing, ephemera and photographs as part of a “Legacy Auction – Rare & Important Autographs and Historical Documents” auction.

Hedda Hopper, a native of Pennsylvania, spent her early adult life as an actress on both the stage and movies. In 1938, Hopper began to write a gossip column for the Los Angeles Times. Over the next 28 years Hopper became one of the best-known American gossip columnists.

In the late 1940s and early 1950s Hopper named suspected communists that were connected to Hollywood. Her role during this time in American history increased her notoriety across the country. The soon to be released film Trumbo features Helen Mirren portraying Hopper in the film detailing screenwriter Dalton Trumbo and his blacklisting and imprisonment due to his refusal to testify before Congress regarding alleged communist propaganda in Hollywood films.

Hopper was famed for her hats. The collection offered directly descended through Hopper’s family and is being offered to the public for the first time. The collection includes four of Hopper’s hats and a beautiful black lace over silver dinner jacket that Hedda wore for a frequently used publicity photograph. The collection also includes several other pieces of clothing, photographs, signed books, ephemera and objects that were all special to Hopper.

For additional information contact Alderfer Auction at 800-577-8846 or info@alderferauction.com.

Bigger museum proposed at Statue of Liberty
Scroll to top