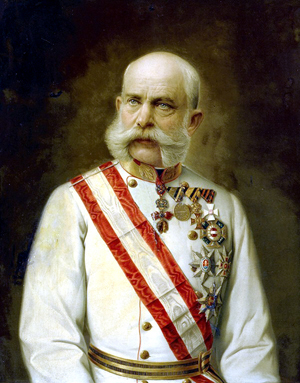 VIENNA (AP) – Bidders looking for a pair of mended underwear worn by a former emperor came away disappointed Thursday from an auction of Austrian imperial memorabilia. But a lock of his hair was on offer, and went under the hammer for nearly 14,000 euros (around $18,000)—more than 20 times its listed worth.

The Vienna auction house had said Emperor Franz-Josef’s linen would be put on the block, suggesting there was a least a chance that one of the parsimonious ruler’s patched undergarments would be put on sale.

But the only intimate apparel being sold off Thursday was a pair of silk long johns made for his wife, Elizabeth. She was assassinated in 1898 before ever wearing them, and that appeared to lower their attraction. The garment went for 2,000 euros, 500 euros below its estimated value.

Not so the hair. Bedded in a worn purple velvet case, the silvery strands fetched 13,720 euros. Hushed murmurs rippled through the room as the winning bid was announced on behalf of Austrian restaurateur Mario Plachutta, who was said to own of the world’s largest collections of items from the imperial Habsburg dynasty.

“We’ve been concentrating on expanding the collection with special objects and the ringlet fits in very well,” said Katrin Unterreiner, who bid for Plachutta.

As might have a pair of patched undies. Journalist and author Georg Markus, who has chronicled the Hapsburg era like few others, said even Franz-Josef, who ruled from 1848 to 1916, poked fun at himself for his reluctance to replace his worn out shorts—or move up from plain cotton to silk.

“He would sometimes wear the same pair for decades,” Markus said.

Like the hair, most of other pricey objects—a portraits, tableware, statues—were also snapped up behalf of collectors or museums with fat wallets.

A picture of Elisabeth by Franx Xaver Winterhalter sold for 70,000 euros. That was more than three times its estimated value and reflected the growing scarcity of Austrian imperial memorabilia nearly a century after the end of World War I, the conflict that doomed more than 700 years of Habsburg rule.

But many articles—lithographs, a copper can from the imperial kitchens—changed ownership for only a few hundred euros, with ordinary Austrians placing the winning bid. Their efforts to secure a small piece of the greatness that was Austria suggested a longing for a time before the reputation of their country was tarred by the birth of another leader—Adolf Hitler.

The most recent manifestation of that nostalgia was provided two years ago.

Then, an estimated 10,000 spectators packed the 2.4-kilometer (1.5-mile) route from the Gothic cathedral where Otto von Habsburg, the oldest son of Austria’s last ruling emperor, was eulogized, to the imperial crypt where he was entombed after his death in 2011 at age 98.

“Austrians are happy to look back on their times of glory,” Markus said.

He called Franz-Josef an “unfortunate figure” who “lost all battles and wars” and who was responsible for the loss of the empire by actions that led to World War—a conflict Austria also lost. Franz-Josef’s son Charles I—Otto’s father—was Austria’s last emperor.

At the same time, Markus said, the mustachioed Franz-Josef was “honest and not disgusting” like Hitler, adding, “We naturally all like to remember people more pleasant” than the Nazi dictator. 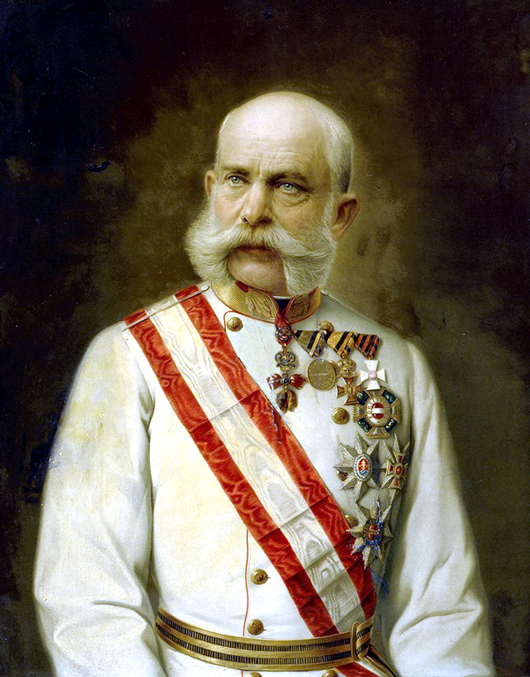 Elvis’ guitar is in the building at National Music Museum