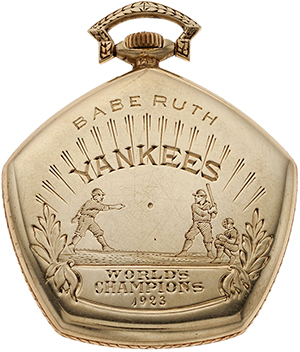 The pentagonal 14K gold watch was bought by a telephone bidder who is remaining anonymous, Heritage Auctions said.

The timepiece was part of a set given to Ruth and his Yankees teammates after they beat their rivals, the New York Giants, in the 1923 World Series.

Ruth batted .368 and hit three home runs in the series, the first of the Yankees’ 27 world championships.

The watch is engraved with a picture of a pitcher, hitter and catcher and a ball in flight.

It is inscribed, “Presented by Baseball Commissioner to George H. Ruth.”

Ruth gave the watch to a friend, Charlie Schwefel. The seller Saturday was a collector who acquired it from a member of Schwefel’s family, Heritage Auctions said.

Jackson was banned from baseball after he and his Chicago White Sox teammates were accused of fixing the 1919 World Series. 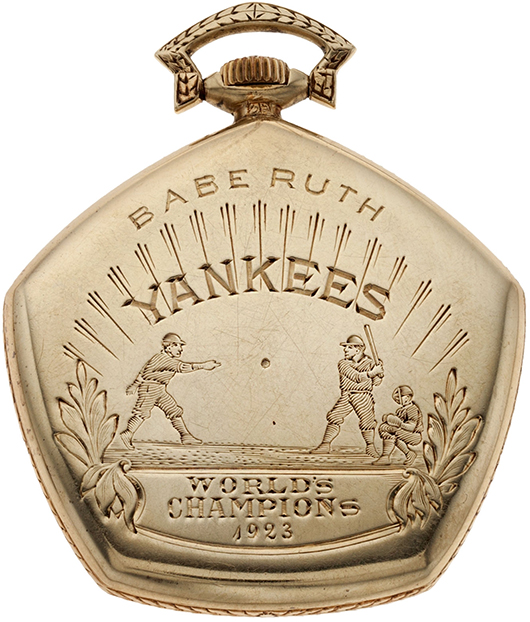