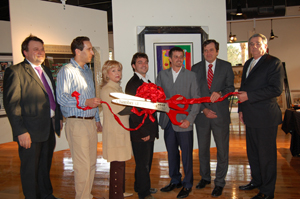 Officers from Baterbys and local dignitaries held a ribbon-cutting ceremony to mark the event.

DELRAY BEACH, Fla. – More than 300 eager bidders packed the new Baterbys Art Auction Gallery facility at 13900 Jog Road in to participate in an inaugural auction event Feb. 20. People poured in from across Delray and the Palm Beach areas to vie for art by some of the most recognizable names in 20th-century fine art. LiveAuctioneers provided Internet live bidding.

Artists like Salvador Dali, Marc Chagall, Yaacov Agam, Elena Bond, Peter Max and Ken Keeley were represented at the sale. Bidders were favorably impressed with the high level of sophistication the gallery brought to the area.

Buyers commented favorably about the service and information provided by the Baterbys art consultants.

Also in attendance were the mayor of Delray Beach and representatives from the Palm Beach and Greater Delray chambers of commerce.

The Delray Beach opening, at what Baterbys is calling the Palm Beach County Gallery, came a week before a live and Internet auction Feb. 27 at the Baterbys main auction gallery, located at 9101 International Drive in Orlando, Fla. Works by many of the same artists were offered at that event, too.

Previews were scheduled for both sales, immediately preceding the events, with free cocktails and hors d’oeuvres.

Baterbys typically donates the auctioneers’ premium to a local charity. For the Delray and Orlando sales, the premium was donated to UCP of Central Florida, an organization that serves children with disabilities and developmental delays.

These were the first auctions of the year for Baterbys, named Best Art Gallery in Orlando for 2009 by Orlando Style Magazine and SneakySunday.com (a Web site dedicated to local arts and entertainment).

With more than 25 years’ experience in the art world and auctioneering, Baterbys offers a lifetime money-back guarantee of authenticity.

Baterbys produces quarterly art review books that also serve as catalogs. The hardcover books are priced $49.95, less with a subscription. 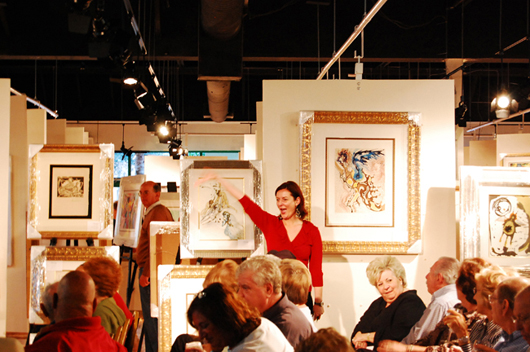 Bidders vied for works by some of the most recognizable names in 20th-century fine art. Image courtesy Baterbys. 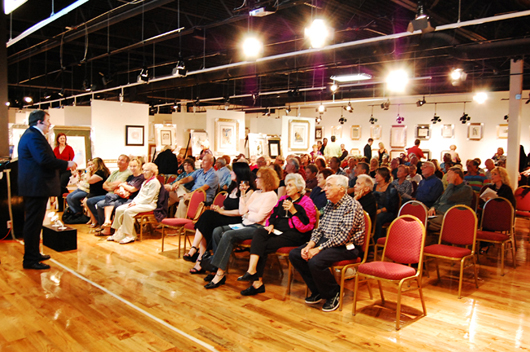