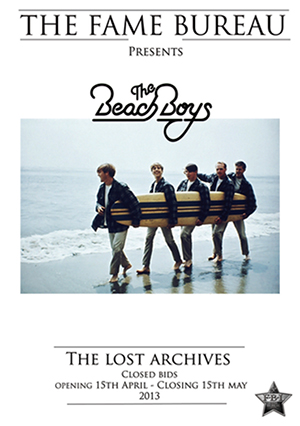 LONDON (AP) – The material sat in a Florida storage facility for many years, apparently forgotten, until the storage company finally sold it off in bulk because payments had not been made.

Only then did a buyer open the boxes and discover what is being dubbed “the lost archive” of the Beach Boys, one of America’s greatest and most commercially successful bands.

The collection of thousands of documents included what seems to be the band’s first royalty check, for $990, dozens of signed contracts, and handwritten and copied scores to Good Vibrations, California Girls and many other hits from their heyday in the 1960s.

Collectors dream of finding neglected treasure—that unblemished Ford Mustang convertible sitting in a garage since 1965—and the Beach Boys memorabilia certainly qualifies. It’s now in the hands of a group of investors seeking to sell the entire collection as one unit with the expectation that it will bring several million dollars.

“We thought it would be a crime to break it up,” said Ted Owen, who heads the Fame Bureau, the London-based firm handling the sealed-bid auction, which ends on May 15.

The collection is unique, he said, in part because the handwritten musical scores and lyrics showcase the arranging skills of Brian Wilson, widely recognized as the creative force behind the band’s success.

“What’s striking is just how creative and detailed it is,” Owen said. “You get the notes, then you move into the music sheets, he does the horn construction, the violin construction, you see the song development. This is right from the beginning—well thought out melodies, well thought out harmonies. It’s an inside view of the construction of songs, and his genius, really.”

There is no firm reserve price, but Owen said the “single sale” approach may be scrapped if bids don’t meet expectations.

The story of the collection’s provenance is somewhat convoluted. Owen said the material was apparently put in storage in the mid-1970s by a relative of a band member who felt it needed to be in a safe place. The cache included one box of about 15 Stetson hats the Beach Boys wore on stage during their hippie period.

When the storage payment bills went unpaid for a long stretch, the material was sold unopened to a buyer who apparently didn’t know what was inside, Owen said. That person eventually approached Owen for an estimate of its worth on the burgeoning rock memorabilia market. The material was then sold to the investors that own it now, he said.

The Beach Boys tried and failed to establish legal ownership of the archives, Owen said.

“It was ruled a fair find,” he said. “I’m selling it for a group that made an investment. The rights are 100 percent clear now.”

The Beach Boys are, understandably, less than enthusiastic about the sale of the material, which includes personal photos and letters, including an unusual shot of the late George Harrison with Mike Love, both sporting the long beards popular in the early 1970s.

“I can confirm that the band is aware of the auction,” Beach Boys representative Jay Jones said in an email. “The band will not be available for interviews in regards to this matter.”

The band is a shadow of its former self. Founding members Carl and Dennis Wilson are dead, and Brian Wilson, the sole survivor of the three brothers, has been embroiled in a series of divisive lawsuits with Love, another founder.

Brian Wilson suffered a prolonged mental collapse at the height of the band’s glory years, but has re-emerged as a successful solo performer in the last 20 years, although he often appears fragile in public.

There is little in the “lost archive” to foreshadow these legal problems and personal tragedies. While some lyrics in Brian Wilson’s handwriting are drenched in melancholia, most convey the band’s signature, sunny optimism.

“He wrote some of the best pop songs of all time,” said Neil Warnock, chief executive of The Agency Group Worldwide, a leading concert organizer.

“They were absolutely riveting two- and three-minute pop songs. The more serious stuff, Pet Sounds, resonates with every single generation as being a classic piece of music. He’s written a canon of music that is absolutely essential. He just thinks in five-part harmony.” 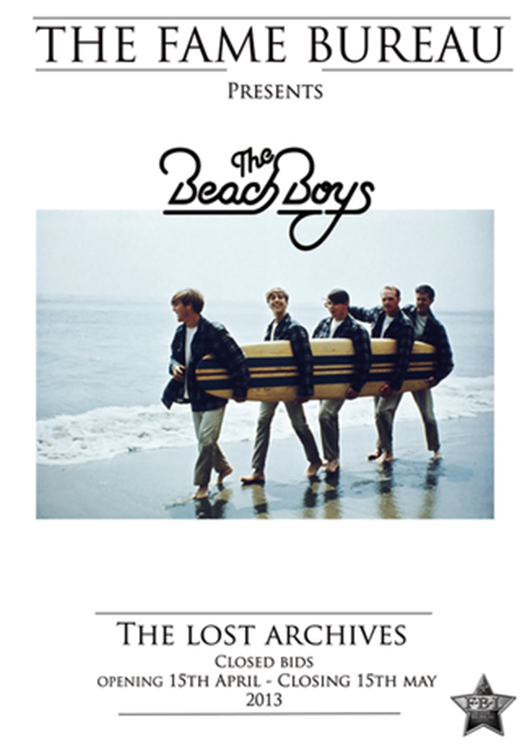