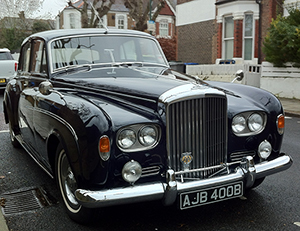 LONDON – Brian Epstein was known as Mr. 25%, referring to his cut of the Beatles’ gross earnings, and in 1963/4, the period when Beatlemania hit Britain and the U.S., it is estimated that he earned £75 million in today’s money.

One of the things the late Beatles manager did was spend some of that income on a replacement for his secondhand Bentley S1.

He had ordered the car in late 1963, with some assistance from Derek Taylor, the Beatles’ press officer, placing the order through R.S. Mead Ltd. of Maidenhead.

The car was collected from the dealer by Derek Taylor and Lonnie Trimble, Brian’s valet and chauffeur, while Epstein was in the U.S. with the Beatles.

On Feb. 22, 1964, the Beatles and Epstein returned to the UK after appearing on the Ed Sullivan Show. Arriving at Heathrow airport at 7 a.m., they were met by an estimated 10,000 fans. Derek Taylor and Lonnie Trimblehad brought the Bentley to pick up Epstein. The Beatles were interviewed by Pathe News:

Q: “Have you got time to actually spend this money?”

George was referring to Brian’s new Bentley S3, which was sitting outside the airport’s Kingsford-Smith VIP suite.

View the clip at (1 min 47 seconds is where the above exchange appears):

Brian Epstein is best known for being the manager of the Beatles until his death in 1967 and a music entrepreneur. He had also served as band manager for Cilla Black, Gerry & the Pacemakers, Billy J. Kramer and the Dakotas, the Remo Four and The Cyrkle.

In 1962, Epstein paid for the Beatles to record a demonstration tape at Decca’s London studios. Decca declined to sign the Beatles to a contract. After then approaching nearly all of the major recording companies in London and being rejected, Epstein met a record producer, George Martin, who offered a contract on behalf of EMI’s small Parlophone label.

The Beatles’ early success has been attributed to his management and sense of style. Paul McCartney said of him: “If anyone was the Fifth Beatle, it was Brian.”

In October 1965 Epstein sold the car and it passed into the hands of Sidney J. Dicks Ltd. Subsequent owners include a London solicitor named Levinson and Norman Boyack, a theatrical agent.

In the same ownership for over 25 years, the car has a thick history file, detailing a bare metal re-spray as well as piston ring replacement and engine overhaul. Also in the file are copies of the original history sheet and chassis listing; DVLA and previous-owner correspondence; copies of press cuttings and marque-related literature; copy owner’s manual; and a quantity of expired MoTs and tax discs, etc. The car is currently taxed and MoT’d and comes with current V5C registration document. Original radio converted to FM, tool kit with jack and spare wheel.

This historically important Bentley with “Fab Four” connections, will be going under the hammer at Coys Auctions Spring Classics sale on March 11 in London at the Royal Horticultural Halls in Westminster. 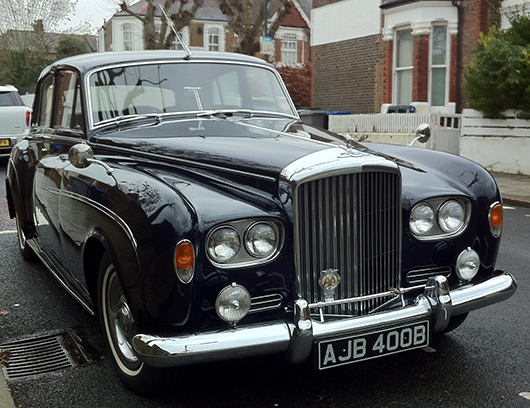 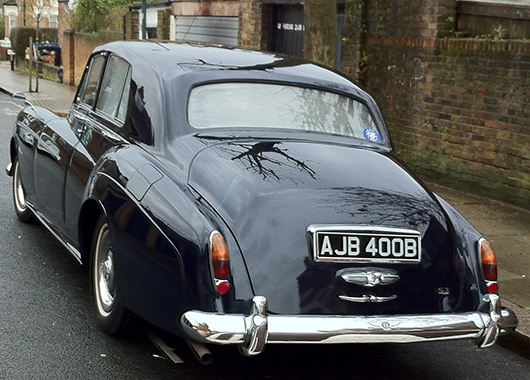 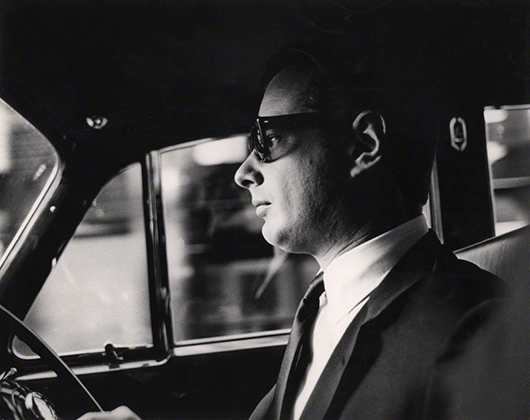 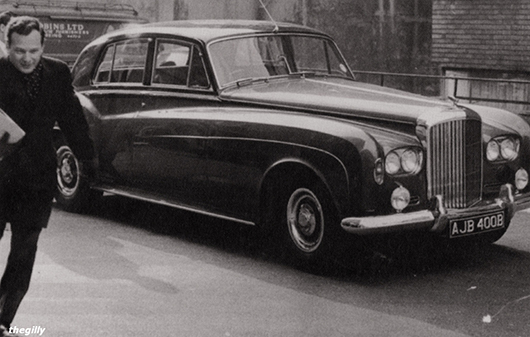