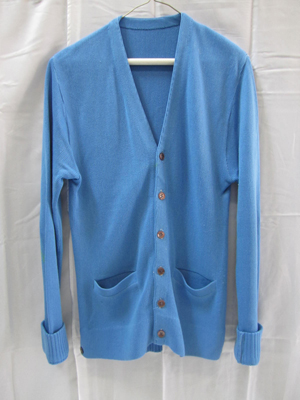 NEW YORK (AP) – A suicide machine belonging to Dr. Jack Kevorkian was withdrawn Friday from an auction of the assisted-suicide advocate’s possessions after failing to draw a high enough bid, while 17 of his paintings tied up in a legal dispute with a suburban Boston museum found no takers.

The paintings, including one Kevorkian did with a pint of his blood, and about 100 other personal items went on sale at the New York Institute of Technology. The estate had estimated the value of the 17 paintings at $2.5 million to $3.5 million.

Images of the paintings were displayed instead of the actual works because the Armenian Library and Museum of America has refused to surrender them.

Roger Neal, a spokesman for the Kevorkian estate, said he was not surprised that the paintings did not sell.

“I’m not sure how many people wanted to bid on artwork that was in litigation,” he said.

“People just didn’t bid on the big stuff,” he said.

The assisted-suicide machine, known as a Thanatron, delivers intravenous drugs that put the person to sleep and then stops the heart. It was built out of household tools, toy parts, magnets and electrical switches.

Kevorkian sparked the national right-to-die debate with a homemade suicide machine that helped end the lives of about 130 ailing people. He was convicted of second-degree murder in 1999 for assisting in the 1998 death of a Michigan man with Lou Gehrig’s disease. He was released from prison in 2007.

He died in June in suburban Detroit at age 83, leaving his property to his niece and sole heir, Ava Janus of Troy, Mich.

Other auction highlights included a bulletproof vest and his sweaters. Kevorian’s last painting, made a year before his death, also was for sale and was not among the group of disputed works. Titled 9th Amendment, the pop art-style work depicts a U.S. treasury bill with an image of James Madison.

The proceeds will go to Janus and the charity Kicking Cancer for Kids.

Successful bidders of the disputed paintings would have had to make a 10 percent deposit that would have been held in escrow.

The Armenian Library and Museum of America, in Watertown, Mass., said the paintings were donated by Kevorkian, who was of Armenian descent.

Its attorney, Harold W. Potter Jr., has said the museum believes in good faith that it owns the paintings and they will stay put until the dispute is resolved.

Both sides have filed lawsuits.