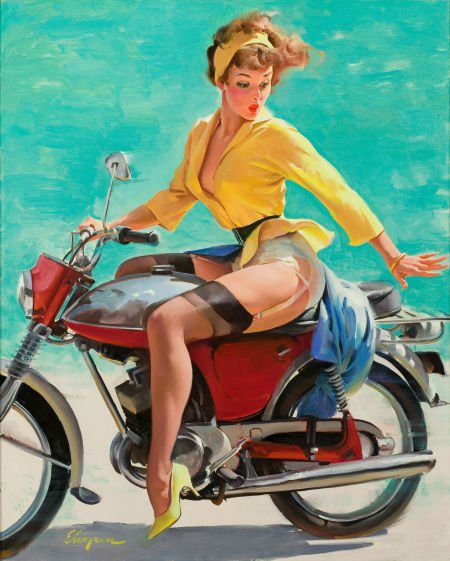 DALLAS – When the art world first learned in 2009 that the Charles Martignette Collection of Illustration Art was headed to auction, art circles speculated over how the market would respond to what was widely considered the most comprehensive and impressive survey of the genre ever assembled. As the very last of works finally crossed the block in late 2015, the Martignette Collection has realized more than $21.68 million during nearly six years of sales at Heritage Auctions.

“We predicted this collection had the potential to set records and it certainly delivered,” said Heritage Auctions co-founder James Halperin, a one-time employer (in the early 1970s) and longtime friend of Martignette. “America’s artistic history owes a great debt to Charles. I’m thrilled that Heritage played a role in sharing the collection with the entire world, and demonstrating what a brilliant guy he was.”

Martignette himself was controversial – outspoken, hard-living and obsessive in his singular pursuit of the art he so coveted – yet there is no controversy surrounding what is now his extraordinary legacy. What started with pinup and glamour art of the 1940s, 1950s and 1960s rapidly expanded into an exquisite, all-embracing consideration of the history of illustration art in the United States. He also is remembered for his opus, Gil Elvgren All His Glamorous American Pin-Ups, a book he co-wrote with author Louis K. Meisel for Taschen Books in 1996. Martignette died in 2008 in Florida.

Originally appraised at $12.2 million, Heritage shortly began auctioning the collection in mid-2009, setting numerous artist records. Career-defining artworks of America’s greatest illustration artists including Norman Rockwell, Gil Elvgren, Alberto Vargas, Dean Cornwell and J.C. Leyendecker saw their auction debut as part of the collection. Among the more iconic and highest-selling works in include Gay Nymph, 1947, by Elvgren, which realized a record $286,800 in 2011, the still-standing world record price for the artist. 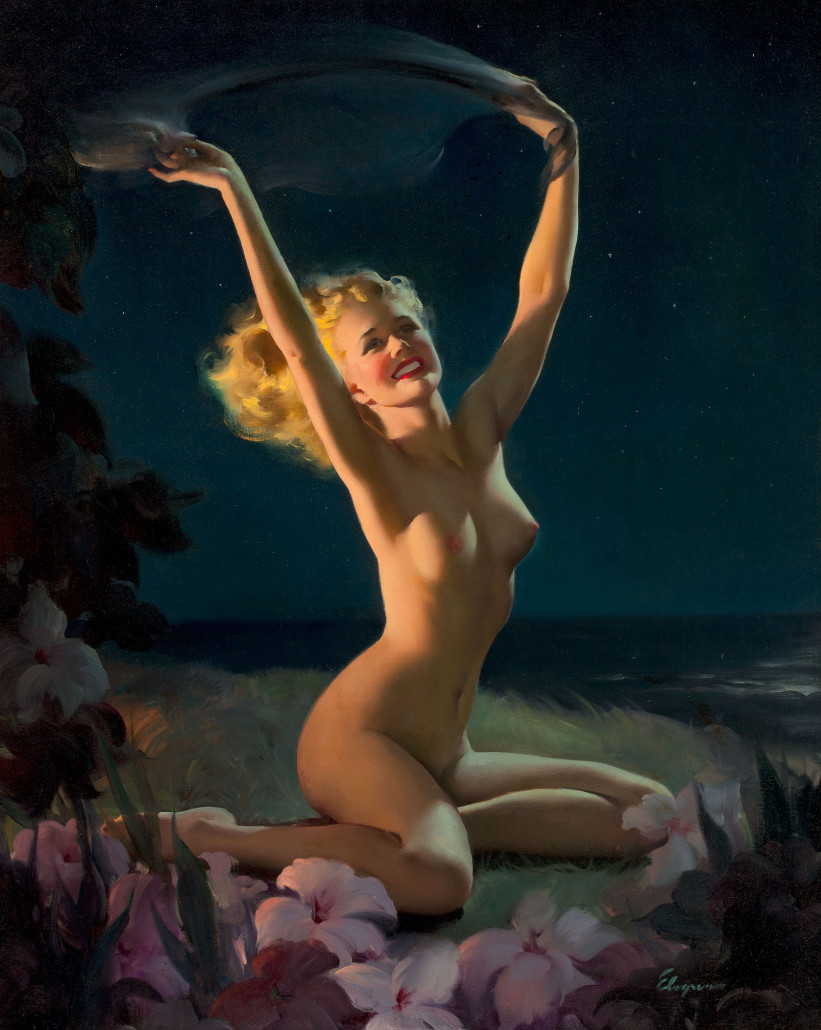 The collection’s emphasis on high-end works pinup classics by Elvgren quickly made headlines around the world after It’s a Snap (Pretty Snappy; Snap Judgment), 1958, sold for $215,100 – an unheard of sum paid for a work of its kind. The painting (below) had been estimated to sell for just $30,000. 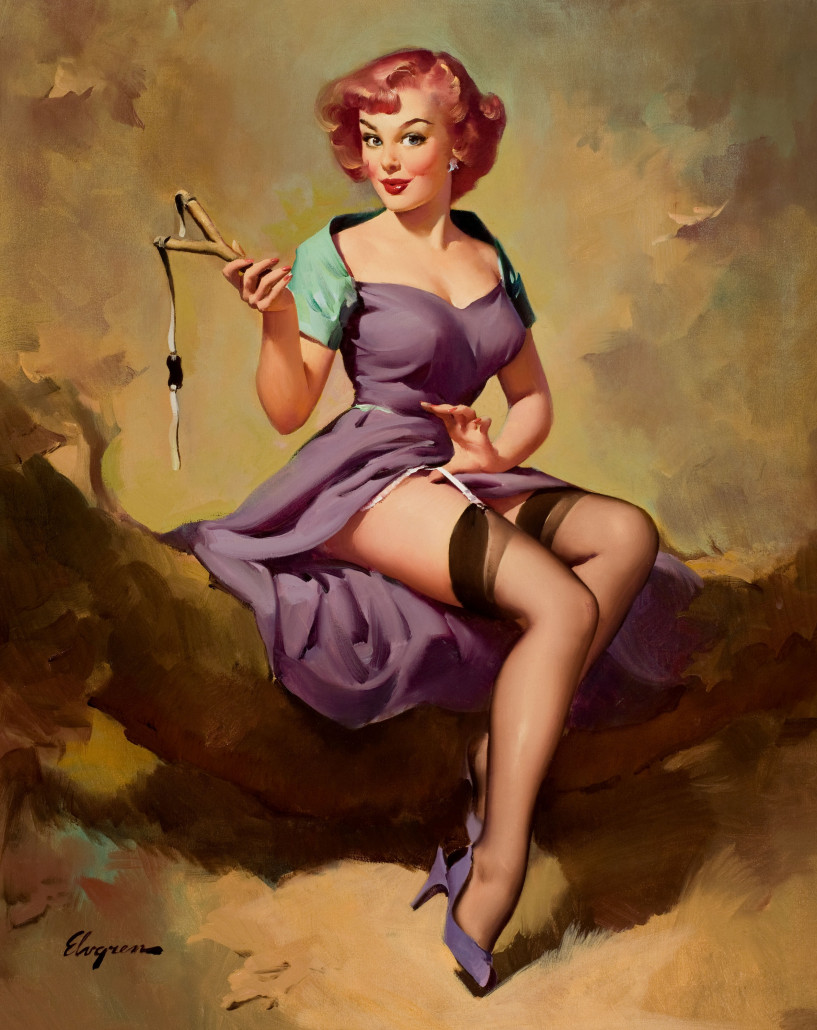 The collection also held artworks by masters of modern and contemporary art, including Sheena, Queen of the Jungle, 1963, by Mel Ramos, which sold for $179,250 in 2010, and classic examples of popular American West illustrators, such as William Herbert Dunton. Dunton’s The Badger Hole (Spill), 1906, sold for $143,400 in 2009. 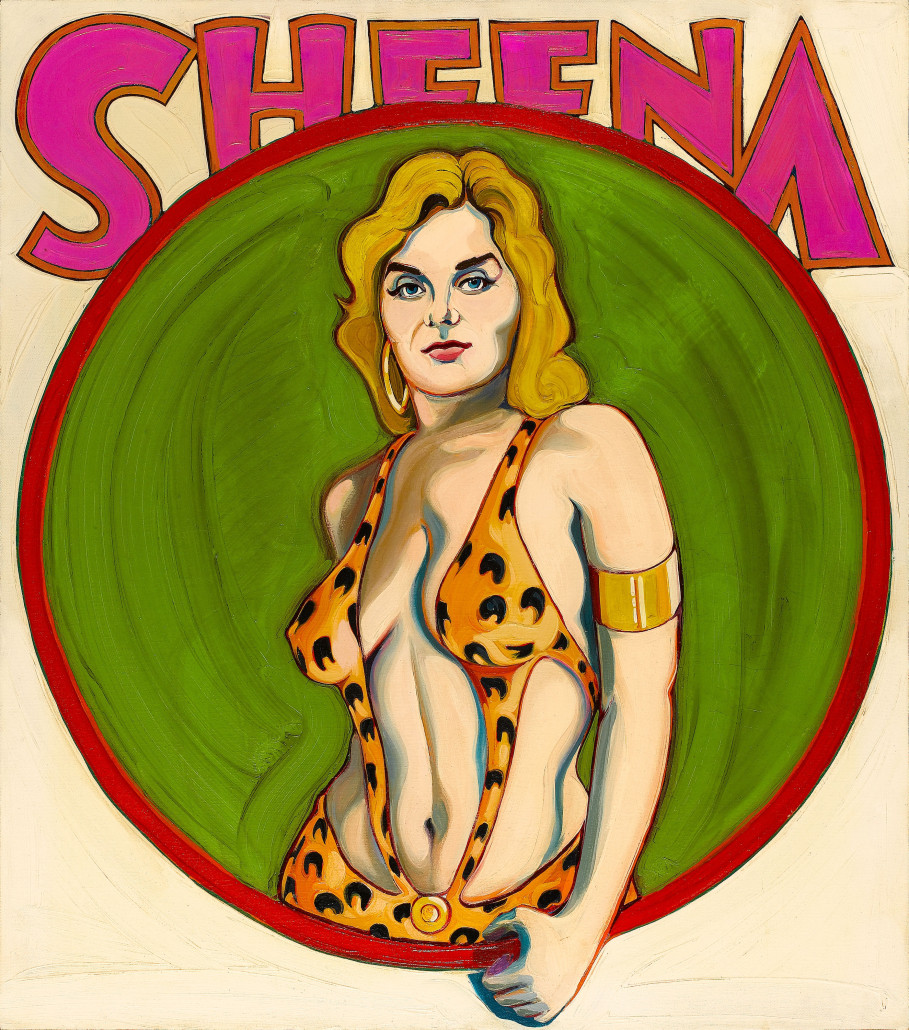 “Charles pursued artworks decades before the artists were household names,” Halperin said. “When Heritage Auctions first examined the collection we were astounded. It cast an overdue spotlight on artists whose work had been an endearing, but largely overlooked, contribution to American pop culture.”