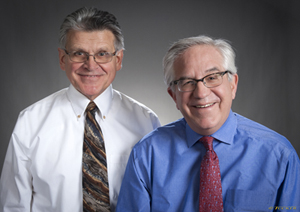 CINCINNATI – Cowan’s Auctions Inc., a fixture in Cincinnati for nearly 20 years, is branching out to northeast Ohio. Wes Cowan, nationally known as a PBS Antiques Roadshow appraiser and star of PBS’ History Detectives, has announced his company will open a Cleveland office on June 2.

While Cowan intends to conduct two to three auctions per year in the Cleveland area starting after Labor Day, he said most of the items sourced in northern Ohio will be sold at their home base in Cincinnati to keep costs down.

“We’ve been looking at Cleveland for several years now as the site of a regional office. Over the last 10 years we’ve done a lot of business in Cleveland and surrounding northern Ohio cities, and it just made increasing sense to get some real boots on the ground in Ohio’s largest metropolitan area.” said Cowan.

“Cleveland has some fine autioneers but we believe we have more to offer, and that’s full service and the level of expertise others don’t have,” said Cowan.

Cowan’s Auctions has named Michael DeFina its regional representative. DeFina, previously the owner of DeFina Auctions in Cleveland, has owned and operated his own auction business in the Cleveland area for more than 30 years.

“I have known Michael for more than 20 years. When I saw that he wanted to get away from the nitty gritty of running an office, I got on the phone immediately and convinced Michael that he really didn’t want to retire completely. He’s such a quality person; he’s just the sort of person I want to do business with,” said Cowan, adding, “He’ll be the one making most of our house calls.”

Wes Cowan and his team of experts at Cowan’s Auctions visited the Cleveland area for an appraisal fair at the Western Reserve Historical Society on Saturday. Experts included their specialists in the fields of American history, fine jewelry and timepieces, Americana, paintings, prints, furniture, sculpture, glassware, porcelain, American Indian art and other related material.

The new Cleveland office will be located at 26801 Miles Road, Warrensville Heights, OH 44128.

Cowan’s auctions feature both live and online bidding through LiveAuctioneers.com, and typically attract over 1,000 bidders from all over the world. Cowan’s annual sales approach $20 million.

Contact Michael DeFina at Michael@cowans.com for any consignment inquiries or questions.