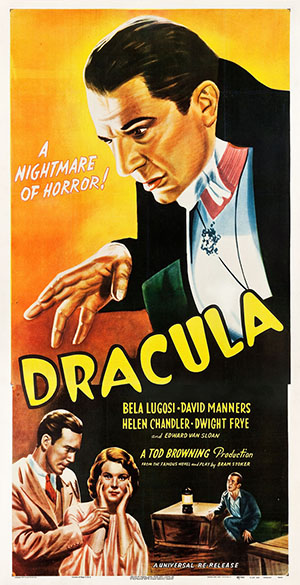 DALLAS – The only known copy of an almost 7-foot-tall movie poster for the 1947 reissue of Dracula could sell for $40,000 when it crosses the block March 22-23 in Heritage Auctions’ Vintage Movie Poster Signature Auction in Dallas. The fearsome three-sheet poster showing a lecherous Bela Lugosi ready to strike his next victim highlights more than 1,200 lots of movie monsters, stunning heroines, and a cache of rare silent movie posters discovered in Ohio.

“This auction has mystery, intrigue, and hidden treasure – and we’re not talking about the movies,” said Grey Smith, director of movie posters at Heritage. “Many of the posters offered are appearing at auction for the first time and some were just recently discovered in an attic above a garage in Ohio.”

A king-size French double grande for RKO’s 1933 classic King Kong vibrantly depicts the hulking super-ape attempting to roll a band of intrepid explorers off a moss-covered log. Fresh, bright colors immortalize one of the film’s iconic scenes on a poster that spans more than 5 feet high by more than 7 feet wide and which is expected to sell for more than $40,000. It is one of two Kong posters in the auction, the other being a Style B French grande poster, cast in Rene Peron’s signature Art Deco style, which may sell for more than $15,000.

A rare one sheet for Stan Laurel and Oliver Hardy’s 1930 signature short Another Fine Mess is considered one of the finest known to exist and is expected to sell for $25,000-plus. “One sheets for short subjects are as scarce as hens’ teeth,” Smith said. “Most theaters didn’t want to spend the money to promote a short that was basically tacked on to a full feature so the one sheets that do exist are extremely scarce and desirable.”

A one sheet for Cimarron, RKO’s 1931 big-budget Western comes to auction with provenance from the Berwick Discovery of Lost Movie Posters, a trove of posters discovered in an attic in Berwick, Pa. in early 2012. The Cimarron poster features glorious art by Frederic C. Madan and is expected to sell for $20,000, as the previous copy sold for more than $100,000.

A collection of rare posters that was discovered earlier this year hidden above a garage in Troy, Ohio, are expected to bring more than $12,000. The posters were produced by the Strobridge Litho Co. for a variety of silent films and events between 1895 and 1918. The stash includes two rare one sheets for His Birthright and The Temple of Dusk, both starring Sessue Hayakawa, the first Japanese American actor to find stardom in the United States and Europe. Also in the trove are four 1890s Barnum and Bailey circus posters, including a rare German language poster, and a crisp promotional poster of boxer James J. Corbett, aka “Gentleman Jim,” valued at $1,500. 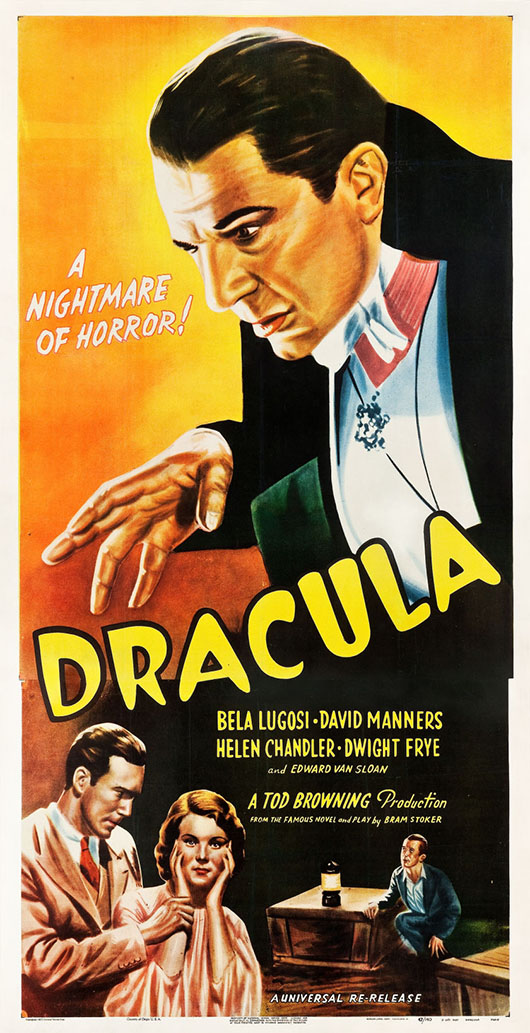