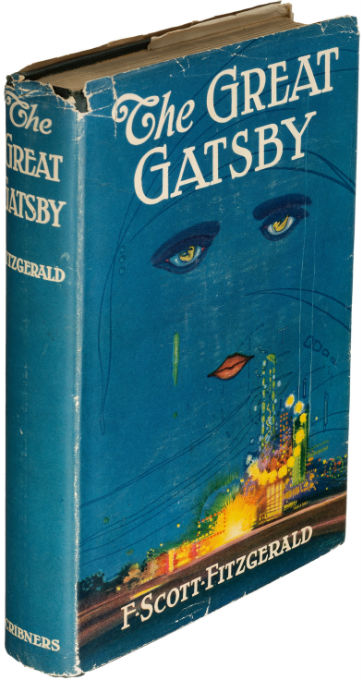 The James C. Seacrest Collection, assembled over decades by a Nebraska publisher and philanthropist, sold for a combined $918,196 and claimed nine of the auction’s 10 most expensive books. The Great Gatsby, which set an auction house record, was one of those books.

The auction’s biggest sleeper was Seacrest’s copy of Vladimir Nabokov’s 1955 first edition of Lolita, which soared to $32,500 – more than eight times its estimate. A scarce presentation copy of The Catcher in the Rye, featuring a rare inscription by reclusive author J.D. Salinger, sold for $27,500. An inscribed, 1939 first edition of Alcoholics Anonymous, by Bill Wilson, sold for $30,000.