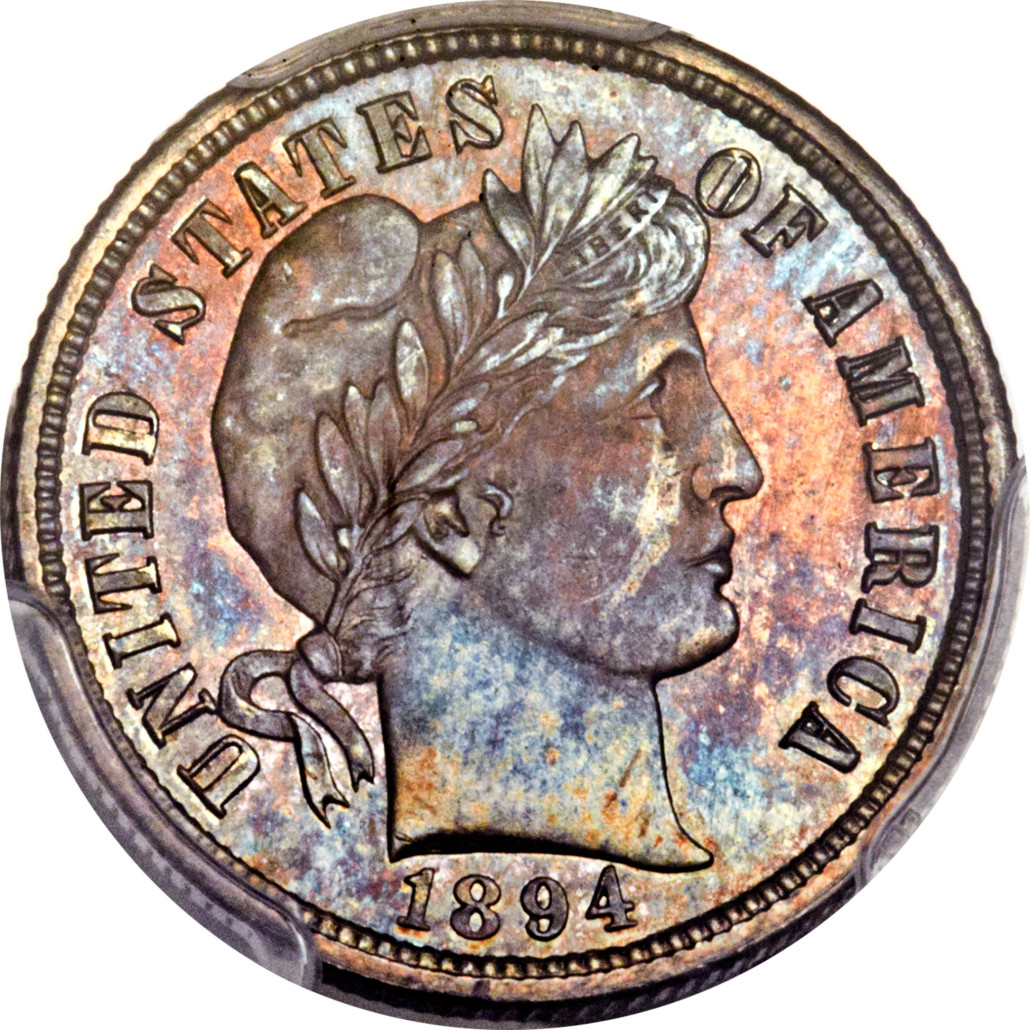 DALLAS – An 1894-S Barber dime realized $1,997,500 at auction on Jan. 7 as the centerpiece of Heritage Auctions’ Platinum Night event at the Florida United Numismatists (FUN) Convention in Tampa.

The celebrated dime, Branch Mint PR66 PCGS CAC, was sold to an experienced collector, who wished to remain anonymous. The winning bidder was one of 16 different collectors vying for the dime.

“This was a once-in-a-generation opportunity to own one of the most famous, mysterious and elusive coins in American numismatics,” said Greg Rohan, president of Heritage Auctions. “It’s a classic of American coinage often grouped with the 1804 dollar and the 1913 Liberty nickel as ‘The Big Three’ of U.S. coin rarities. It has been the stuff of collectors’ dreams since attention was first brought to it in 1900.” 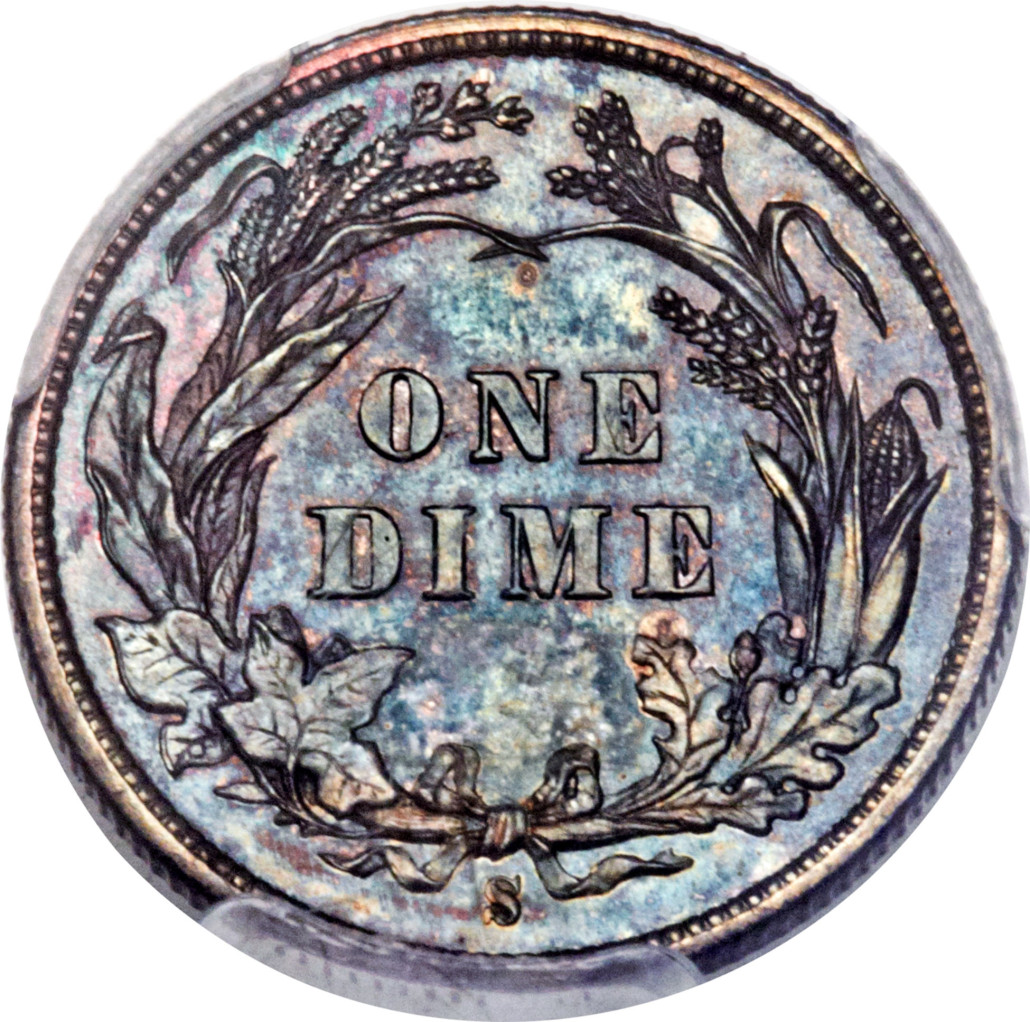 The reverse of the 1894-S Barber dime that sold for $1.99 million. Heritage Auctions image

Only 24 Barber dimes were struck at the San Francisco Mint in 1894, apparently to balance a bullion account. No more than nine – and possibly only eight – examples of the 1894-S are known to collectors today, with this coin being the finest survivor certified.

“We know that there are likely at least a couple more of these 1894-S dimes still in circulation,” said Rohan. “Heritage Auctions is offering a reward to anyone who might have a previously unreported example of this coin. We’ll pay $10,000 simply to be the first to examine and verify it is an authentic, previously unknown 1894-S dime.”

The Roosevelt dime error, which was struck on a nail. Heritage Auctions image

It was purchased by a prominent American collector of many kinds of collectibles across a wide range of categories.

“Significant error coins are among the most sought-after in the hobby,” said Rohan, “as evidenced by the spirited bidding among collectors over this coin. This is certainly among the most unique and mysterious errors to ever come to auction. The truth is, no one really knows how or why it was struck.”

What is known is that the zinc-coated sixpenny nail found its way into the coinage production line during the minting of Roosevelt dimes – the specimen is undated – and apparently escaped through normal distribution channels.

This coin struck onto a nail is not the first coin to have such a distinction. A few examples of cents struck onto nails were discovered in the 1970s. The total number of similar errors, including this one, is thought to be approximately six.