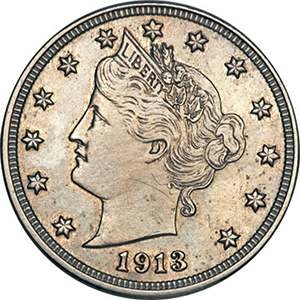 DALLAS – A fabled, century-old rare U.S. nickel, recovered from a fatal car crash and then unsuspectingly kept in a closet for 41 years because it was mistakenly declared to be a fake, sold for $3,172,500 on Thursday, as part of Heritage Auctions’ Central States Numismatic Society U.S. Coins Signature Auction in Schaumburg, Ill. The preauction estimate on the coin was $2.5 million or more.

“This particular example of one of the world’s most famous rare coins is perhaps the most special of them all given its amazing story,” said Todd Imhof, executive vice president of Heritage Auctions. “Not only is it just one of only five known, genuine 1913-dated Liberty Head design nickels, this particular one was off the radar for decades until it literally came out of the closet after a nationwide search and was authenticated by experts in a secret midnight meeting Baltimore in 2003.”

This 1913 Liberty nickel was consigned by the heirs of George O. Walton, a North Carolina collector who acquired the coin in the mid-1940s for a reported $3,750. He had it with him when he was killed in a car crash on March 9, 1962.

Melva Givens of Salem, Va., one of Walton’s heirs, eventually received the coin after being told it was suspected of being an altered date fake.

“She kept the nickel in a box with family items in the closet, and it stayed there for four decades,” said Ryan Givens of Salem, Va., one of Walton’s nephews who, with his two sisters and his brother, consigned the 1913 Liberty Head nickel to Heritage.

According to the family, Melva Givens believed the 1962 evaluation that it was an altered date coin, but she also adamantly believed her brother had a real 1913 Liberty Head nickel and continued to look for it. She kept the “fake” coin, likely out of sentiment for her late brother and likely because of the date on the coin, 1913, her birth year.

A minimum $1 million reward for the accounted for fifth 1913 Liberty Head nickel prompted Walton’s heirs to take the coin to Baltimore in July 2003 to the American Numismatic Association World’s Fair of Money. The four other surviving 1913 Liberty nickels were scheduled to be exhibited at the convention. In a secret midnight meeting in a security room at the Baltimore Convention Center, a team of rare coin experts unanimously agreed the Walton nickel was the long-missing fifth coin.

“This is one of the greatest coins at that price range,” said Garrett after placing the successful bid.

The winning bid of $3,172,500 includes the 17.5percent percent buyer’s premium and represents the total price paid by the winning bidder.

The 1913 Liberty Head nickel was one of the highlights of a $40-million auction of rare coins and historic paper money offered by Heritage Auctions, April 24-28, in conjunction with the Central States Numismatic Society (CSNS.com) convention in the Schaumburg Convention Center, April 24-27. 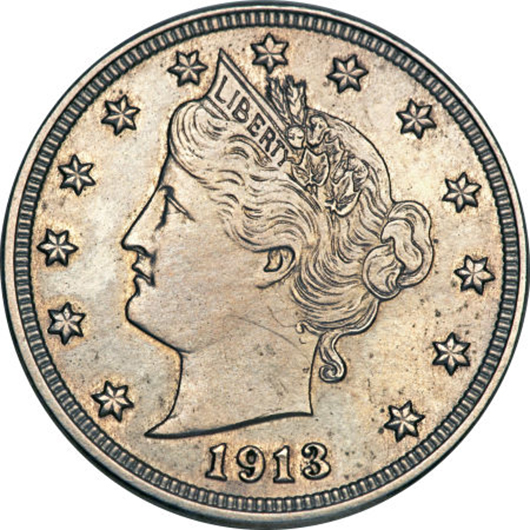