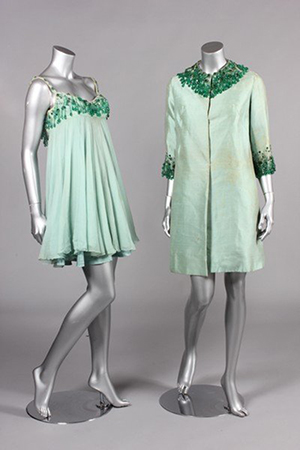 LONDON – A Kerry Taylor Auctions, the UK’s leading specialist fashion auctioneer is known for selling the clothes belonging to the late Diana, Princess of Wales. However, in the April 8 auction a group belonging to a very different Diana will come up for sale – those of the late Diana Dors.

Dors (Oct. 23, 1931 – May 4, 1984) was dubbed “the English Marilyn Monroe.” Admired for her curvaceous body, suggestive smile and warm humor – the pieces from her wardrobe reflect her glamorous lifestyle.

A Darnell pale green chiffon baby-doll cocktail dress with jeweled droplet bodice and matching coat was worn in the 1964 comedy Allez France (The Countefeit Constable), an anglo-French comedy in which Diana played herself.

Also included in the lot is a sequined and crystal studded blue lace jacket with a Xerox copy of Diana wearing it and a flowing bejeweled kaftan, which one might imagine her wearing to one of her famous libidinous parties recently mentioned in the British press.

For details phone Kerry Taylor Auctions at 0208 676 4600 or email info@kerrytaylorauctions.com . 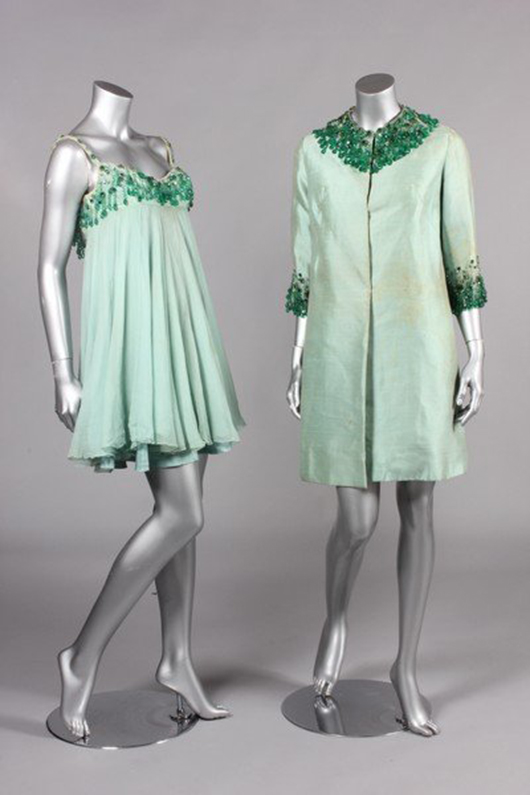