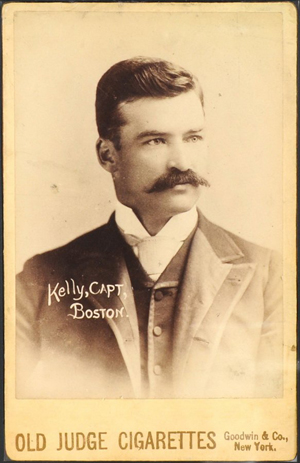 The buyer was an anonymous collector who made his bid by telephone during the Wednesday night auction in Biddeford. The item was one of seven Old Judge Cigarettes cards showing players from the 1888 Boston Beaneaters club that were auctioned for a total of $102,000.

Kelly was a star in his day and considered to be the first celebrity baseball player. The card is one of only four known to exist and is especially rare because it showed the catcher-outfielder in street clothes rather than in uniform.

“This is the rarest of the rare and it was found in Maine,” said auctioneer Floyd Hartford of Saco River Auction Co. The card carried a $5,000-$10,000 estimate.

The Old Judge Cigarette cards were issued for only a few years in the late 1800s and were considered to be the first baseball cards. They showed players in various poses sliding, catching, hitting or just standing with their hands on their hips.

Kelly played for five baseball teams between 1878 and 1893. After winning the batting title in 1886, he was sold to the Beaneaters for a then-record $10,000, according to the National Baseball Hall of Fame. The Beaneaters went on to become the Boston Braves and, eventually, the Atlanta Braves.

The Portland Press Herald reported that the card found in a trunk of old papers in Kennebunk.

It was a cabinet card, much larger than a traditional card. The tobacco company inserted standard-sized cards in its packs, but consumers had to send proofs of purchase to the company to get the larger cabinet cards. 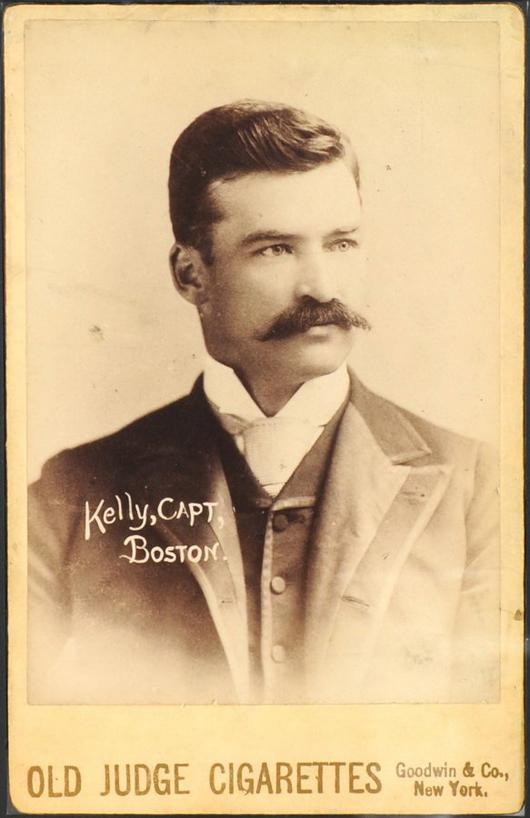