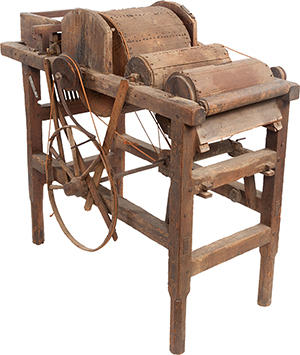 This early 1800s working model of Eli Whitney’s cotton gin is expected to sell for at least $10,000. Heritage Auctions image

DALLAS – A rare and early working model of Eli Whitney’s revolutionary cotton gin, a cornerstone of museum exhibits from Michigan to Georgia, is expected to sell for $10,000 or more in Heritage Auctions’ Americana & Political Signature® Auction on Saturday, Nov. 8, in Dallas. From a direct rice paper printing of the Declaration of Independence (est. $12,000+) to an original blueprint for Frank Lloyd Wright’s masterpiece Fallingwater (est. $12,000+), the auction spans 200 years of American ingenuity, politics and culture.

“The phrase ‘museum quality’ is tossed around quite liberally these days, so we are pleased to present items that have quite literally been displayed in museums for decades,” said Tom Slater, director of Americana for Heritage.

The evocative cotton gin dates to the early 1800s and spent more than 60 years in an Atlanta Museum before appearing in the important exhibition “Slavery on Trial-the Long Road to Freedom” at the Gerald R. Ford Presidential Museum in Grand Rapids, Mich.

– An 1833 rice paper print of the Declaration of Independence from William J. Stone’s original copperplate by Peter Force, (est. $12,000+). From the estimated 500 to 1,000 copies produced, only a few hundred of Force’s printings are known to exist today.

– An extraordinary 1860 plaster bust of Abraham Lincoln by Leonard Volk, made from a life mask of the president shortly after he received the Republican nomination (est. $10,000+). 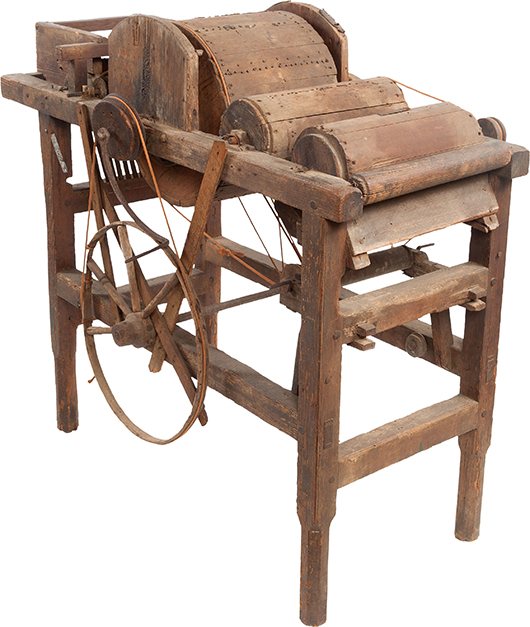 This early 1800s working model of Eli Whitney’s cotton gin is expected to sell for at least $10,000. Heritage Auctions image 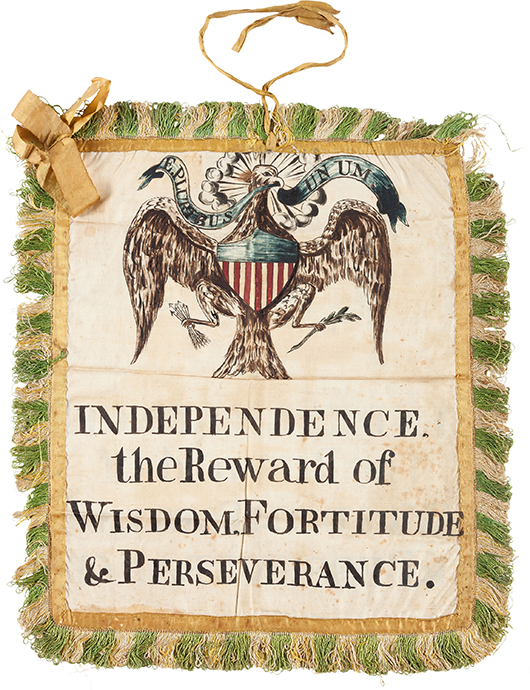