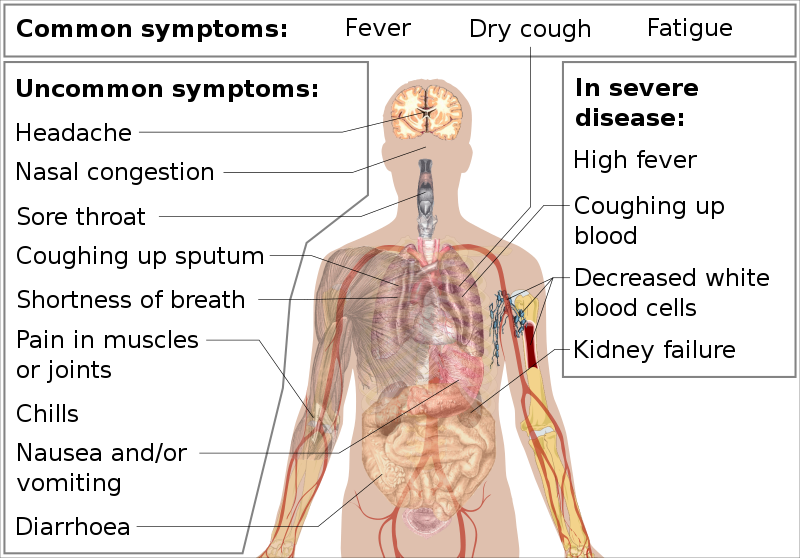 NEW YORK (ACNI) – These are the facts: Covid-19 coronavirus, which the World Health Organization says has a higher fatality rate than the flu, has infected more than 111,000 people in 70+ countries and claimed more than 3,800 lives worldwide. The initial carrier of the virus, at ground zero in Wuhan, China, is still not known. But what is certain is that it can spread from person to person through close contact (within approximately 6ft) or via the transmission of respiratory droplets produced when an infected person coughs or sneezes. Covid-19 has been confirmed in Asia, Europe, the United States, and now Africa and South America.

Medical professionals believe that around 80% of all who contract coronavirus will suffer only a cough or other minor symptoms, similar to those experienced when one has a light cold. It’s different, however, for the elderly and those with pre-existing or chronic conditions, such as cardiovascular or autoimmune disease. Those individuals are considered “high risk” and are advised to avoid crowds to minimize their chances of exposure to the virus.

According to the World Health Organization, there is nothing to suggest coronavirus can be spread from pets to humans or other animals. To date, only one pet dog, in Hong Kong, tested “weakly positive” for low-level infection, which was detected through nasal and oral swabs. The dog has shown no symptoms of illness. Hong Kong’s Agriculture, Fisheries and Conservation department is continuing to monitor and test the animal and said “environmental contamination” (e.g., licking a shoe) may have caused the initial positive response.

“It is really hard to interpret what ‘weak positive’ means,” said Guy Palmer, DVM, and senior director of global health at Washington State University Paul G. Allen School for Global Animal Health. “There is suspicion [among scientists] about whether it is a true positive.” Until there is any information to the contrary, Palmer says pet owners can feel confident that the virus isn’t spreading between pets, owners and other pets. Read more on WebMD.

Coronavirus can strike any age group, and even those who are not regarded as high risk are thinking carefully about public exposure. Schools, sports events, houses of worship, supermarkets, movie theaters, airplanes, cruise lines, and certainly the workplace, are all places where transmission might occur. In the art and auction world, the list includes art galleries, antiques and art shows; and any venues where auction goods are publicly previewed and bid on, e.g., auction houses.

Impact on the art and auction world

In China, all museums and art galleries have been closed under government order since January 23. Major Asian art auctions, including Christie’s March sale in Hong Kong, have been postponed until May or June. Likewise, Sotheby’s has postponed five of the six Asian art sales that would have taken place in Hong Kong during Sotheby’s Asia Week Spring 2020. Also in Hong Kong, high-profile international arts events Art Basel and Art Central have been canceled. Even the majority of auctions scheduled during Asia Week New York – a favorite with well-heeled art buyers from China – have been moved to June. [Organizers decided to proceed with gallery exhibitions and talks, however.]

Napoleon courtyard of the Louvre museum at night, with the I.M. Pei-designed pyramid in the forefront. 2010 photo by Benh Lieu Song, licensed under the Creative Commons Attribution-Share Alike 3.0 Unported license

Meanwhile in Paris, the Louvre closed its doors for three days after employees expressed concern over potential exposure to the contagion (it reopened on March 4). Most spring fashion shows in Paris were canceled, but a few design houses proceeded via the Internet, including Kanye West’s Yeezy brand, which live-streamed on March 2 through Yeezy.com; and Chanel, which unveiled its Fall 2020 collection on March 3 with a livestream through several social-media platforms.

Here in the United States, Internet technology companies have taken a proactive stance. Google canceled its biggest event of the year, an annual developer conference called Google I/O, which would have been held at the tech giant’s headquarters in Mountain View, California.

In Seattle, where Microsoft is based, government officials are urging all citizens to stay home. A new analysis of genetic data prepared by computational biologist Trevor Bedford, indicates the Seattle area is at a critical juncture and that there could be explosive growth in coronavirus cases similar to that seen in Wuhan, China, if public health officials don’t intervene and impose mandatory “social distancing” measures, including isolation of all who are sick. Click to view Bedford’s full report.

Facebook has already canceled two conferences, including its major F8 convention in San Jose, California; and on March 5 announced the closure of its Stadium East office in Seattle after a contractor tested positive for Covid-19. The company is encouraging all 5,000 employees in the Seattle area to work from home throughout the month of March.

Twitter, which is based in San Francisco, has asked all of its employees to start working from home. Similarly, employees of Manhattan-based LiveAuctioneers, which provides the Internet live-bidding platform for more than 5,000 auction houses worldwide, have been asked by CEO Phil Michaelson not to report to work if they feel any symptoms of illness whatsoever. As a precaution, all staff members have also been instructed to prepare their home-office environments now so they can adapt seamlessly, should telecommuting become necessary.

Auctioneers step up to the challenge

There’s an old joke about sneezing in an auction room and accidentally buying a Ming vase. Nowadays, a sneeze in an auction room is no laughing matter. It could instantly create unease and concern. Auctioneers are acutely aware of this and are doing everything possible to maintain a safe, healthy environment while also offering customers the germ-free alternative of bidding absentee or live online. 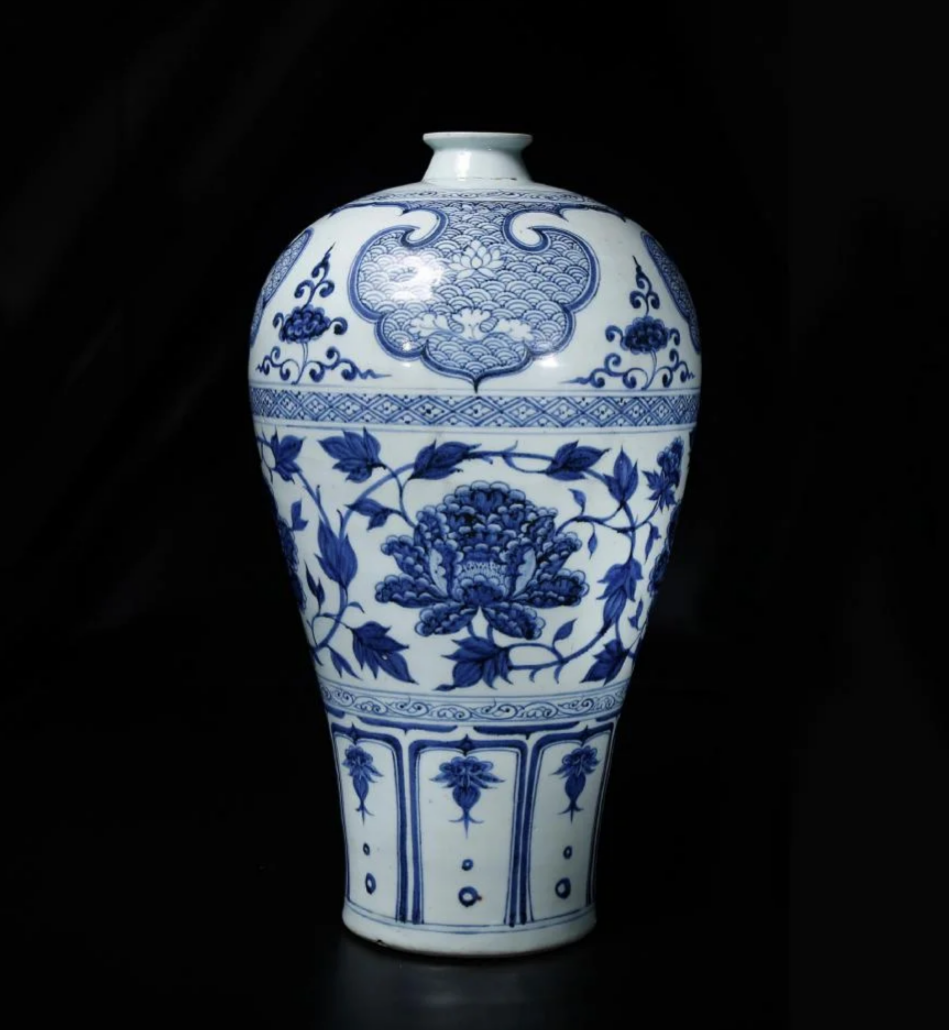 Ming Dynasty blue-and-white porcelain Meiping vase. It would take more than a sneeze to buy it. Image courtesy of Ander’s Auction and LiveAuctioneers

“With every auction, there’s a lot of pressure,” said Phil Michaelson. “Auctioneers have consignors counting on them to sell their goods, and dealers who attend auctions make their living from reselling the items they purchase. Fear of contracting a virus could cause a major disruption to auction events, and we offer auctioneers a helping hand by enabling contactless online bidding and trust-building video streaming. Further, LiveAuctioneers brings bidders from near and far to auctions to support the small business owners. Auctioneers tell us they’re grateful these options to augment in-person crowds and attract buyers from afar exist.”

A poll of auction houses from coast to coast revealed that auctioneers are taking a calm and responsible approach – implementing good-hygiene practices at their galleries and offering customers the safe alternative of bidding remotely, including absentee and live online through LiveAuctioneers. 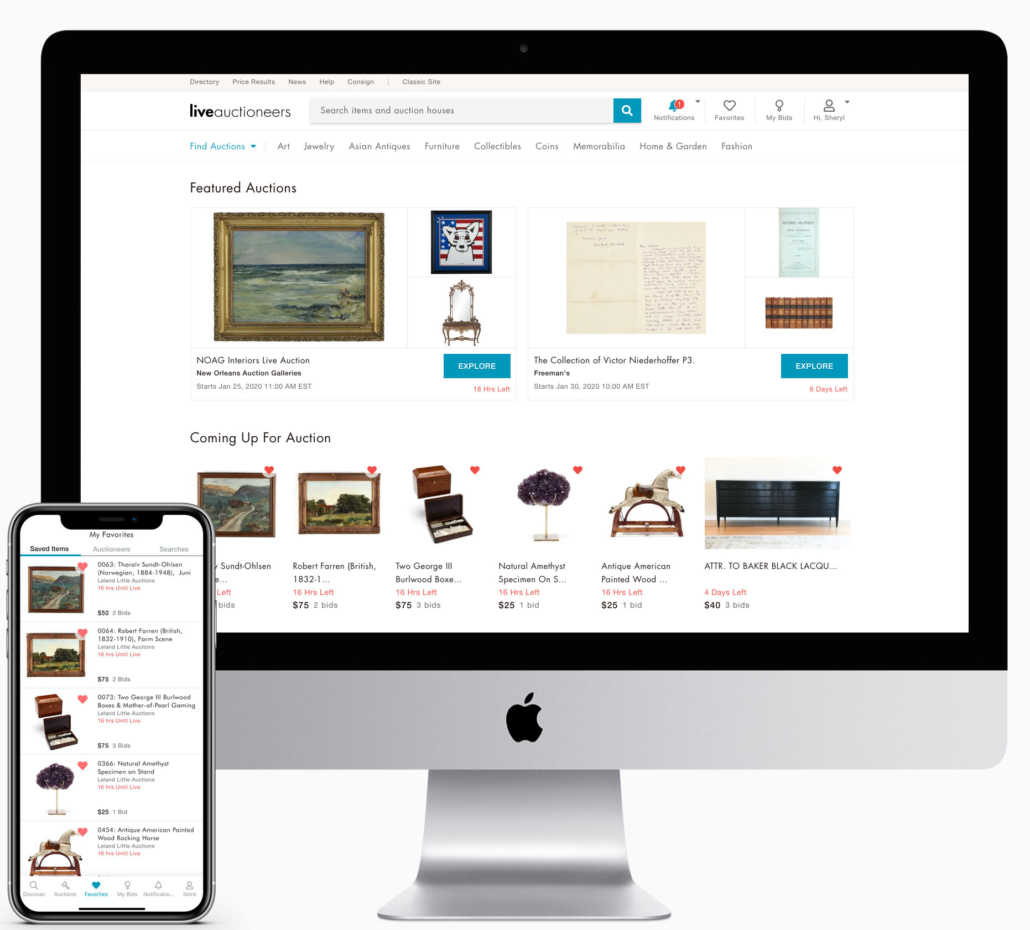 All of the auctioneers who took part in the survey stated that, multiple times a day, they are scrupulously cleaning all surfaces typically touched by human hands, using Lysol spray, bleach wipes and other products. Employees are being encouraged to wash their hands thoroughly and use hand sanitizers. In cases where coffee mugs, plates and cutlery cannot be run through a dishwasher’s “sterilize” cycle, employees are using only disposable cups and plates. And in all cases, auctioneers are stressing that employees must not report to work if they are symptomatic.

Grant and Gina Zahajko of Grant Zahajko Auctions in Davenport (Greater Spokane), Washington, are acutely aware of the impact the coronavirus has had, since Washington has incurred more casualties (11) from the contagion than any other state. 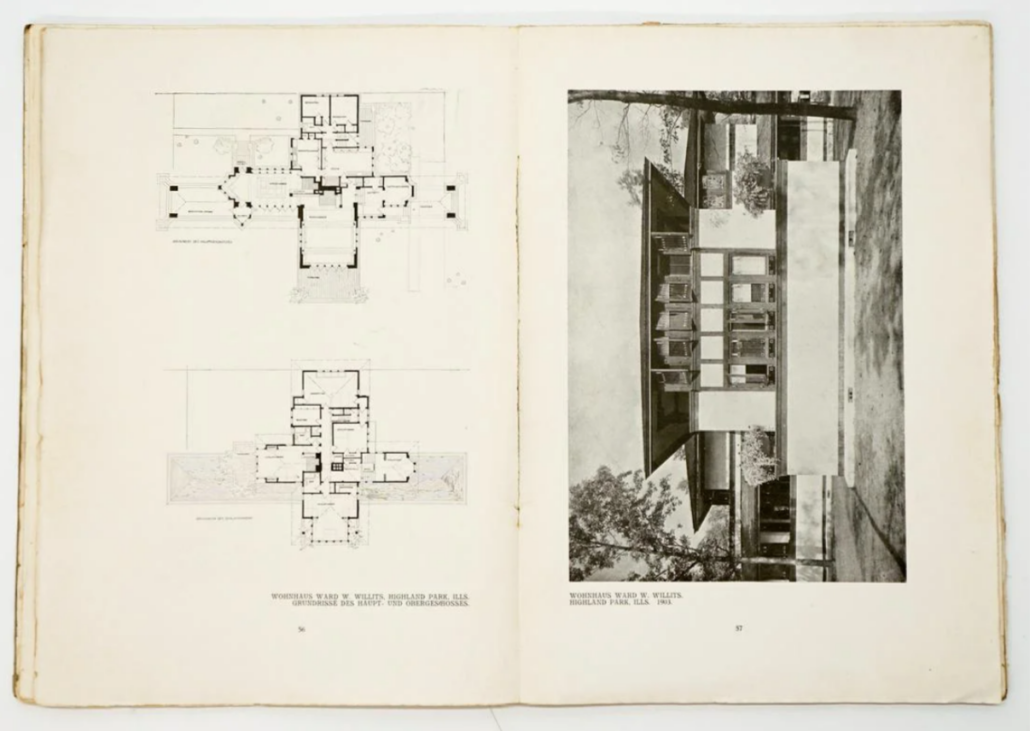 Fortunately for the Zahajkos, many of their sales are online-only events, but they do also conduct larger, high-profile auctions with in-gallery bidding. “Our next auction is on March 12th. We will evaluate as we get closer to the auction date if we should opt to go only online and close the gallery to in-house bidding…Our bigger concern going forward will be all of the distraction to consignors preparing consignments and to bidders bidding – we can control our in-house environment, but not the world.”

Matthew Quinn, Senior Vice President of Quinn’s Auction Galleries in Falls Church, Virginia, said that he has not noticed any reticence in auction attendees about being in a crowd environment. “We haven’t seen that yet – so far attendance has been stable – but I think it’s reasonable to expect that [could happen] in the near future, which could spur an increase in new online-bidder signups.” 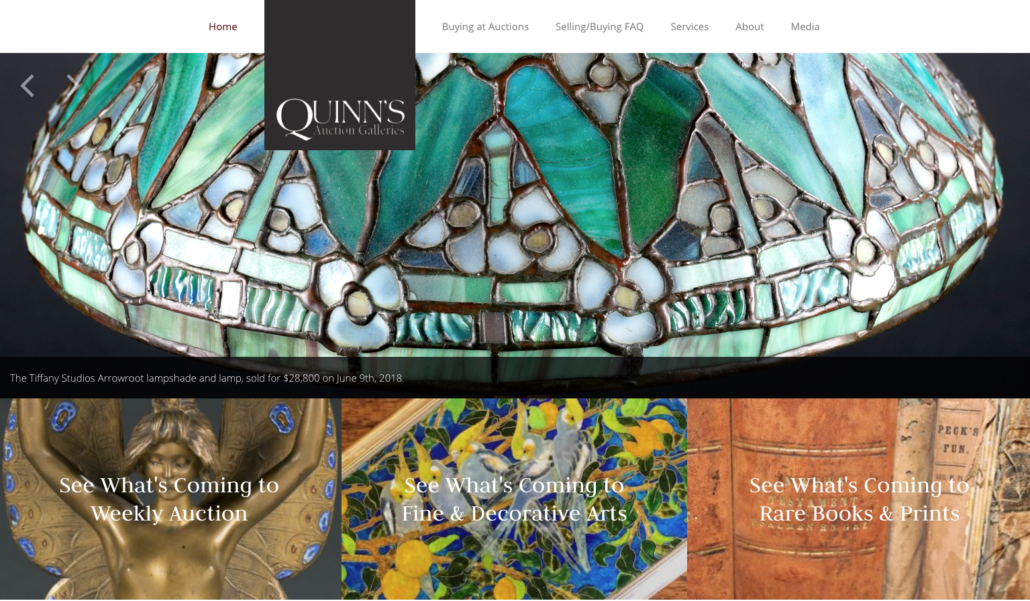 In line with Christie’s and Sotheby’s decisions to postpone their Asian sales, Quinn’s rescheduled an auction of Chinese merchandise and will now conduct it in June, “in an online-only environment,” Quinn said.

“When a bidder feels threatened, either by the physical or financial environment, it’s very hard to instill confidence.”

Mary Ann Lum and her husband Kwong Lum – a revered Chinese art expert after whom a museum was named in China – own and jointly manage Gianguan Auctions in New York City. Their March 16 auction contains fine Chinese paintings and rare antique ceramics and bronzes, including a Zhang Daqian (Chinese, 1899-1983) artwork estimated at $1.5 million to $3 million. In spite of the high quality of goods offered in the sale, the Lums implemented additional online marketing to promote the sale. They say they felt the economic effects of Covid-19 before most other auction houses because so much of their clientele is Asia based. 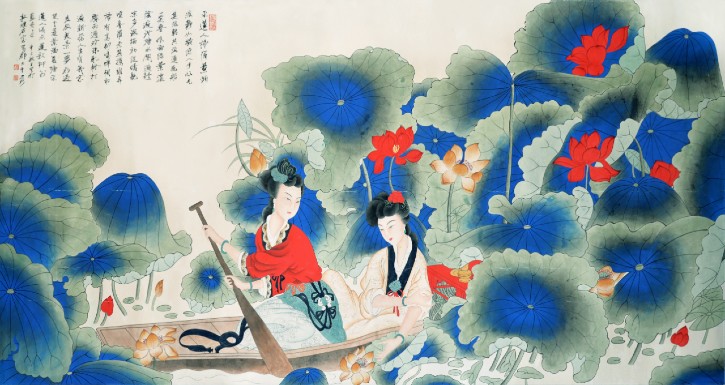 “Our collectors in China told us they are going to skip this sale. They have troubles of their own to handle, so bidding is on the back burner,” Mary Ann said. “Our local bidders are informing us verbally and through online messaging that they are hesitant about attending gatherings of more than ten people.”

A jittery stock market has not helped, either, Mary Ann said. “Our customers are concerned. The recent drop of the Dow Jones is taking a toll on spending. We have a customer who owns farms in the Midwest who is now counting on a subsidy from the government to help him out with the loss of Chinese buyers. He does not believe the current loss of China’s purchases of his farm products will be made up for later this year.”

She continues to monitor the financial marketplace closely and hopes for a turnaround in the near future, but in the meantime, Mary Ann Lum is pragmatic about the challenges of the moment. “When a bidder feels threatened, whether by a physical or financial environment, it is very hard to restore confidence,” she said. 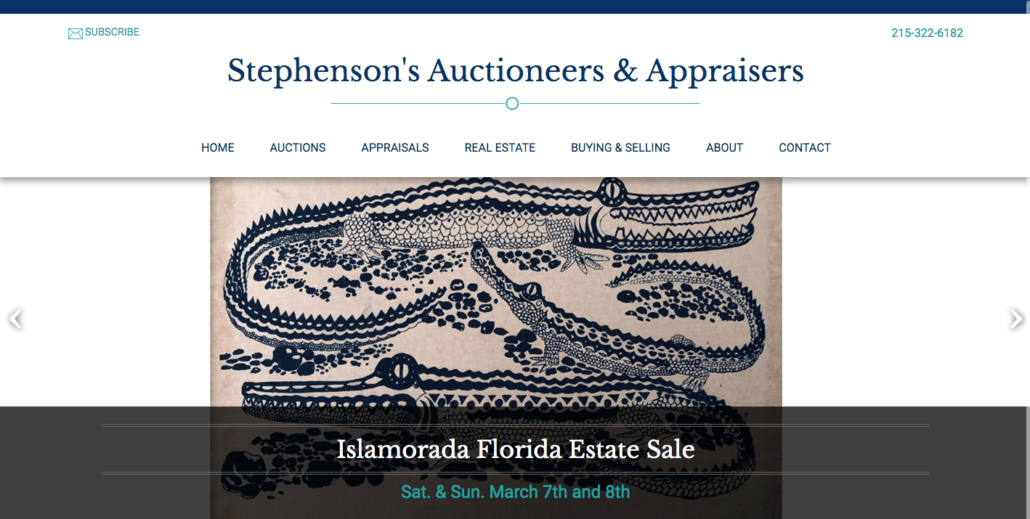 Cindy Stephenson, owner of Stephenson’s Auctions in metro Philadelphia, deals primarily with estates, so her experience has been different than that of the Lums. She observed, “As far as the coronavirus effect goes, I haven’t noticed too much yet. We run weekly auctions in our gallery, and this past Friday we had a huge crowd. I only saw two people wearing latex gloves. But most of the news about the virus came out this past weekend, so I’m not sure if it will affect this Friday’s auction. Knowing our usual crowd, they won’t be bothered by it. If they see something they want, they will be there.”

Stephenson added, “If the virus gets really bad around here, I imagine we will have to switch to online bidding only. If it reaches that point, it may become difficult to get merchandise in, sorted, photographed and cataloged. I’m thinking positively and hoping it won’t be as bad as all the doomsday prophets are predicting.”

Auctioneers: Click to view helpful tips and preventative measures you can take to keep your place of business safe and secure. 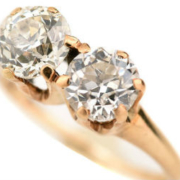 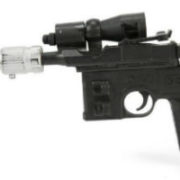 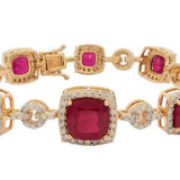 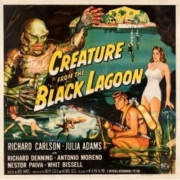 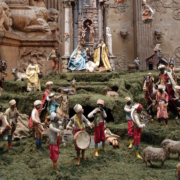