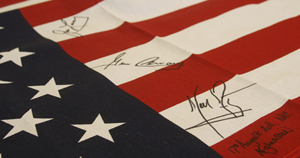 GUERNSEY, Channel Islands – Britain’s Paul Fraser has built a stellar international reputation from the sale of blue-chip collectibles, rare stamps, antiques and pop-culture memorabilia. His insightful, always entertaining newsletters are read religiously by investors and often quoted by the media in their quirky “we leave you with this” stories on TV or in print. Now Paul Fraser has stepped into the auction arena with the launch of PFC Auctions, whose debut online auction closing May 24 features a blockbuster lineup of unique, investment-grade collectibles.

A trusted source for 35+ years to collectors in 214 countries, Fraser has brokered numerous high-profile transactions, such as the sale of John Lennon’s stamp album to the Smithsonian, and a deal with the Royal Philatelic Collection of Her Majesty Queen Elizabeth II. As PFC’s May 24 auction roster attests, Fraser gives the people what they want: entertainment, sports and autographed celebrity memorabilia; royalty items, space and aviation relics, as well as the offbeat and unexpected. “Anything unique with an interesting story and great provenance will sell well,” Fraser said.

With the recent first wedding anniversary of Prince William and Princess Catherine, Fraser expects strong interest in Lot 125, a slice of wedding cake from the royal couple’s 2011 wedding. Held in a presentation tin, the distinguished dessert is accompanied by a printed “compliments” slip from TRH The Prince of Wales and The Duchess of Cornwall, as well as a 16-page Order of Service from Westminster Abbey.

Princess Diana’s enduring appeal has already prompted aggressive bidding on Lot 124, a collection of record albums that belonged to the princess-to-be while she was still a young Lady Diana Spencer. Each album cover was personally signed by Diana, in some cases more than once.

Yet another of the sale’s royal highlights is Lot 128, a family-photo Christmas card of Prince Charles, Princess Diana, the young Princes William and Harry, and their pet dog. The card is personally inscribed by Prince Charles and signed by both Charles and Diana.

Fraser feels confident that a US buyer will end up with Lot 133, an American Flag autographed respectfully on verso by three legendary astronauts: Neil Armstrong, Jim Lovell and Gene Cernan. The astronaut trio signed the flag during a NATO-sponsored visit to Afghanistan in 2011.

“This flag is a superb display piece with an exceptional set of autographs from the first and last men to set foot on the moon (Armstrong and Cernan) and the first man to orbit the moon (Lovell),” Fraser said. Autographs are continuing to appreciate in the marketplace, Fraser noted. “We’re witnessing full sets of Apollo 11 signatures increase in value by 15% per annum,” he said.

“The King” is represented in the sale by Lot 87, a circa-1958 Alden copper and bronze-finish electric guitar that Elvis Presley owned during his military days. The lot also includes an amplifier, a selection of Elvis photos and a letter of authenticity.

Lot 95 is the vividly hued, Indian serape-stripe jacket Bob Dylan wore on the cover of his classic 1975 The Basement Tapes LP. It is offered with a letter of authenticity that describes the events surrounding Dylan’s acquisition of the now-iconic jacket.

The sports memorabilia section is led by Lot 102, a pair of brown leather focus mitts owned and used by martial arts superstar Bruce Lee (1940-1973). Lee used the mitts regularly in his training while practicing punching and kicking techniques. The lot’s provenance is extensively detailed in the online-catalog listing.

From the world of professional motor sports comes a pair of leather racing gloves that revered Scottish driver Jim Clark Jr OBE (1936-1968) wore during his last Formula 1 practice session at the South African Grand Prix track. They are paired with a letter of provenance from Gordon Huckle, who was the mechanic on Clark’s car from 1966-1968. Clark died during an F2 race in Germany on April 7, 1968.

The world-class selection of art, antiques and pop-culture collectibles chosen for PFC’s debut online auction comes with the same assurance of authenticity Paul Fraser has offered for more than 35 years as a private dealer. And that assurance extends to even the most unconventional offerings, like hair.

Bidding is currently in progress on all lots in PFC’s debut online auction. For additional information on any item in the sale, call 011 44 117 933 9500 or e-mail info@pfcauctions.com. To view all lots and sign up to bid, visit the company’s user-friendly website: www.pfcauctions.com. 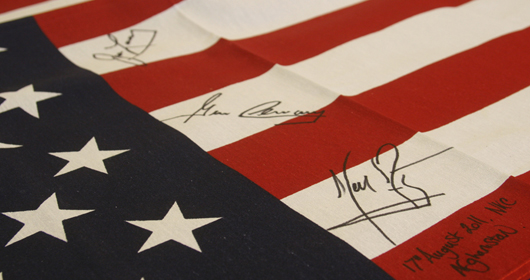 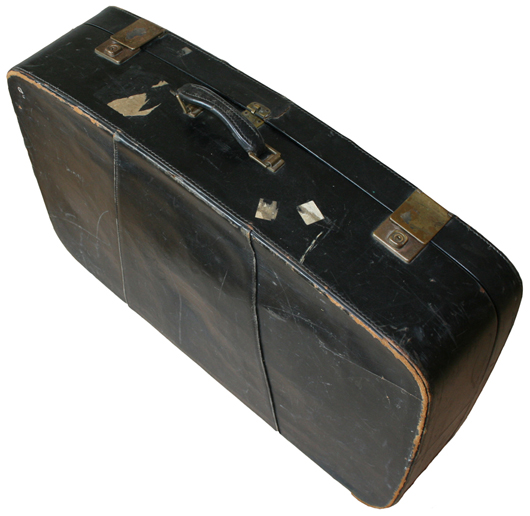 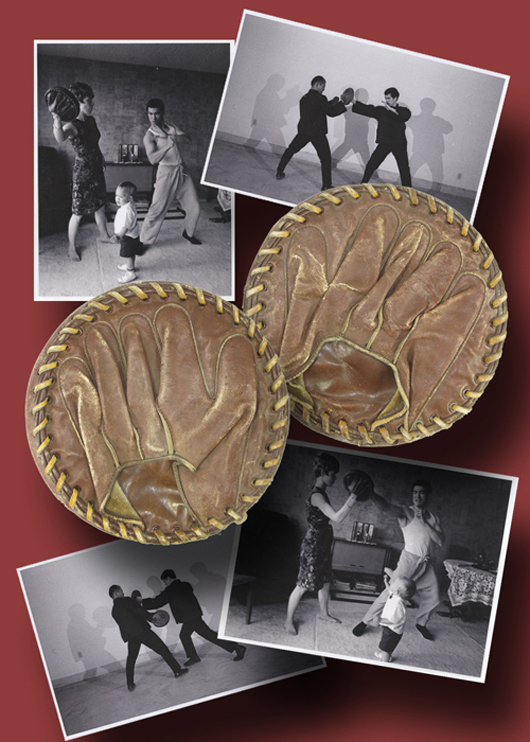 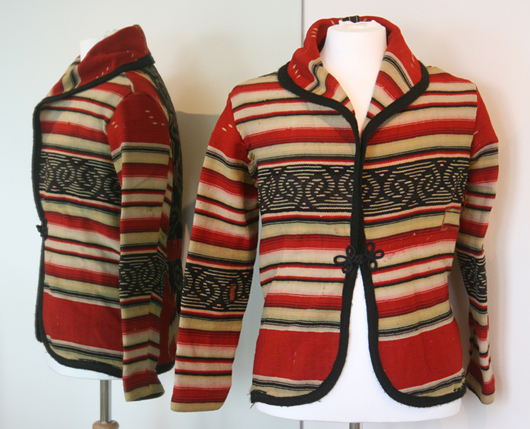 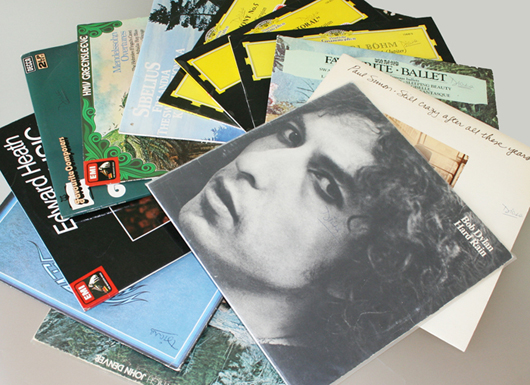 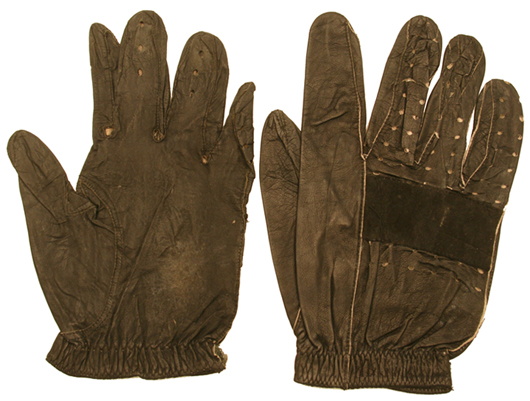 A slice of Prince William and Catherine Middleton’s wedding cake in presentation tin, with printed ‘compliments’ slip from TRH The Prince of Wales and The Duchess of Cornwall. PFC Auctions image.

Circa-1958 Alden guitar with amp (not shown) owned by Elvis Presley during his military years. PFC Auctions image. 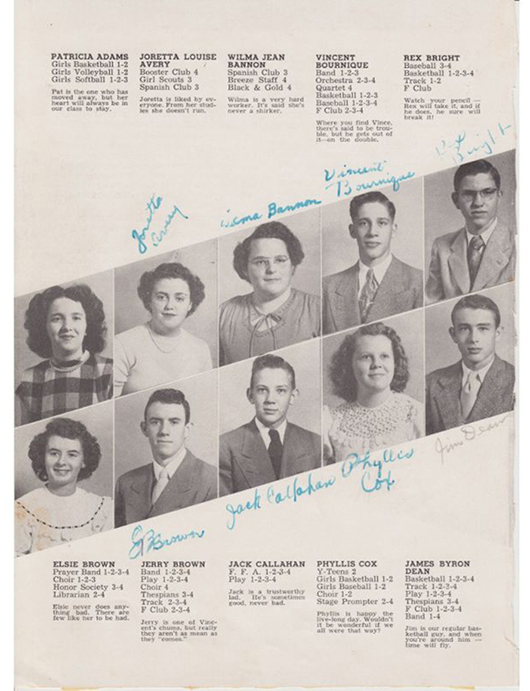