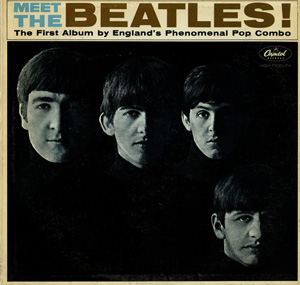 KNOXVILLE – Case Antiques Inc. Auctions & Appraisals will gavel a piece of rock ’n’ roll history: a Meet The Beatles! album signed by all four Beatles the day before their American debut on the Ed Sullivan Show.

The autographed album came from the estate Dr. Jules Gordon, the New York City physician who treated George Harrison for a sore throat on Feb. 8, 1964. The album is included as part of Case’s Spring auction, which will take place May 21 at the company’s Knoxville gallery.

On Feb. 9, 1964, the Beatles made their much-anticipated American debut on the Ed Sullivan Show. But the day before the show there was concern George Harrison, might miss the big moment because he had strep throat. Thomas Buckley noted in the New York Times on Feb. 8, 1964: “Mr. Harrison, who is known as the quiet Beatle, awoke yesterday with a sore throat. He was treated by Dr. Jules Gordon, used a vaporizer and rejoined his colleagues at the studio late in the afternoon. ‘I should be perfect for tomorrow,’ he said.”

According to George Harrison’s sister, Louise Caldwell, the situation was more serious than they let on. In The Beatles Off The Record by Keith Badman, Caldwell recalled: “The doctor said he couldn’t do the Ed Sullivan Show because he had a temperature of 104. But they pumped him with everything. He was thinking about getting a nurse to administer the medicine, every hour on the hour. Then the doctor suddenly realized that I was there and was his sister and he said to me, ‘Would you see to it? It’s probably just as well that you’re here because I don’t think there’s a single female in the city that isn’t crazy about the Beatles! You’re probably the only one who could function around him normally.’”

The physician who treated Harrison was Dr. Jules Gordon, the house doctor at the Plaza Hotel from 1942 until 1985. Dr. Gordon was called from his fourth-floor office to the Presidential Suites on the 12th floor where the Beatles were staying. As doctor to many celebrities, Dr. Gordon didn’t fawn over The Beatles.

“He was very unassuming and treated everyone with the same respect, no matter who they were. People just took to him,” said a Gordon family member. The Beatles must have liked Dr. Gordon because they gave him several unsolicited personalized autographs. Dr. Gordon met the Beatles on at least two occasions during their visit to New York for the Ed Sullivan Show and commented to his family that the Beatles were very accommodating and likeable each time.

Over the years, as the house physician for the Plaza and other well-known hotels in New York City, Dr. Gordon treated many famous people and Hollywood stars such as Rock Hudson, Bette Davis, Burt Lancaster, Zsa Zsa Gabor, Liz Taylor, Judy Garland and Rita Hayworth. Dr. Gordon, who died in 1993, was also the team physician for the New York Yankees in the 1940s and 1950s. He made the news in 1947 when he performed surgery on Joe DiMaggio and removed a 3-inch spur from his left heel, which enabled Dimaggio to go on to help the Yankees win the 1947 World Series.

The Meet The Beatles! album contained the Beatle’s first U.S. chart-topping hit I Want to Hold Your Hand. It was released in the United States on Jan. 20, just ahead of the band’s first American tour, and less than three weeks before the Beatles signed it for Dr. Gordon.

Autographs by all four Beatles on an LP from their early years are highly sought after by collectors. As Autograph Magazine noted in an article on Jan. 25, 2011, “If you have a Beatles album signed by all four band members, you’ve got something quite valuable. Albums in good condition typically range from about $15,000 for the most common one, Please Please Me, to well over $100,000 for some of the rarest albums, especially U.S. releases. … Band-signed Beatles albums are very hard to come by.”

Although the Meet The Beatles! album in this auction is conservatively estimated at $10,000-$15,000, it is such a unique item that the hammer price could be much higher.

“It’s one of the earliest signed Beatles albums we’re aware of, and for it to be associated with such an important moment in the Beatles’ career makes it even more extraordinary,” said John Case, president of Case Antiques Inc. Auctions & Appraisals.

Case Antiques Inc. Auction & Appraisals, based in Knoxville, Tenn., was founded and is owned by John Case, who has over 20 years experience researching and evaluating antiques and art, with a specialization in early Southern decorative arts.

The auction will be held at Case’s gallery in the historic Cherokee Mills Building, 2240 Sutherland Ave. A preview will take place on Friday, May 20, from noon to 6 p.m. Eastern. The sale will begin on Saturday, May 21 at 9:30 a.m. Eastern. For details see www.caseantiques.com or call the gallery in Knoxville at (865) 558-3033. 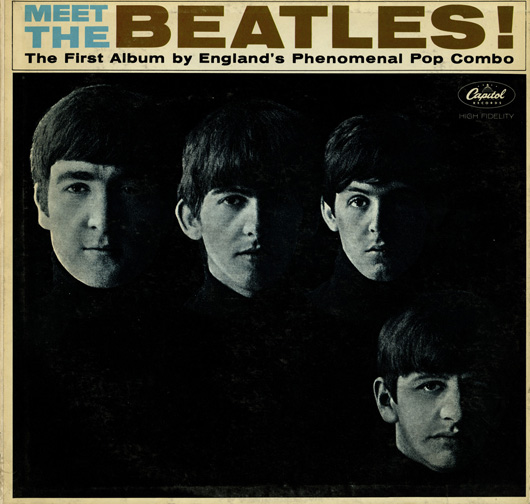 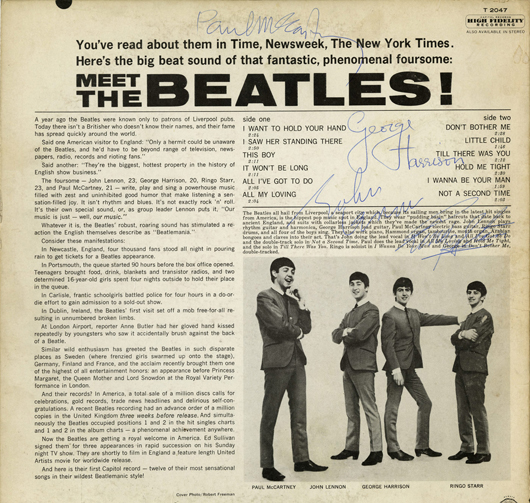 All four of the Beatles signed the back of the album cover. Image courtesy of Case Antiques Inc. Auction & Appraisals.