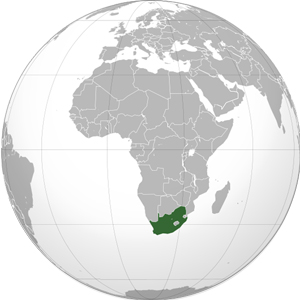 South Africa, a land of great natural and monetary wealth, shown in green on this map of the African continent. Image by Keepscases, licensed under the Creative Commons Attribution-Share Alike 3.0 Unported license.

CAPE TOWN, South Africa – (ACNI) South Africa is a nation of breathtaking beaches, exotic animals and a mind-boggling trove of natural resources, from diamonds and gold to platinum and palladium. It is also a country whose real estate opportunities have captured the attention of investors worldwide, only recently to be rocked by allegations of collusion and kickbacks in its go-go auction sector.

A central figure in an ongoing investigation is Rael Levitt, the founder and CEO of Auction Alliance, an auction services group whose asset divisions include commercial and luxury residential properties, wineries, game farms, motor vehicles, airplanes, and fine art and antiques, among many other types of tangible goods.

According to the Cape Times of Cape Town, Levitt has stepped down from his post so an independent investigation can determine if there has been any wrongdoing and if Levitt played any role in it. The probe was launched by officers of Auction Alliance after businesswoman Wendy Appelbaum lodged a 500-page complaint with the Consumer Protection Commission about “irregularities” that allegedly occurred in a wine estate auction last December.

In its Feb. 21 issue, the Cape Times wrote: “In the last week Levitt and the auction house have been the focus of investigations by the commission, the Estate Agencies Affairs Board and the South African Institute of Auctioneers, each of which are to probe allegations of hefty financial kickbacks to liquidators, attorneys and bank staff as well as bogus bidding on the auction floor on the instructions of Levitt himself.”

Levitt denies allegations that he wrote in e-mails that kickbacks were to be paid in cash, and says such allegations are defamatory. After Appelbaum filed her complaint, in which she stated she believes she was bidding against a nonexistent [i.e., shill] underbidder in the December auction, Levitt sued Appelbaum for defamation of his company and his character. He later dropped the suit.

On March 3, the Board of Auction Alliance issued a statement signed by Bruce Sneddon, the company’s CFO and acting CEO; and Peter Moyo, a well-known businessman and CEO of the investment firm Amabubesi Group. This is the statement in its entirety:

“The last three weeks have seen unprecedented media coverage about Auction Alliance with a number of very serious allegations. We do not believe we have handled this as well as we might have and in some cases, we have failed to communicate properly with our clients, employees and the public. We’d like to apologize to you for not communicating directly with you.

Suffice to say that we are enormously embarrassed by the allegations that have been made and our reputation has been seriously compromised. The embarrassment has extended to our employees, our clients, partners, suppliers and others, for which we also apologie. We have built a substantial business over the last 20 years with 180 employees throughout South Africa, and many more dependents. We have achieved much success and an enviable reputation for our efficiency and for providing the best possible outcomes for our clients.

The last three weeks have clearly been traumatic for all our employees, Directors and all our business partners and a deeply humbling period for us. It has resulted in our initiating, mindful and respectful of the microscope of public scrutiny, a very comprehensive, robust and uncompromising look at our practices, our people and our history. This independent investigation, being conducted by highly regarded Accountants @ Law under Allan Greyling, has already started. While we hope that it will be concluded in the next month, we will not compromise on the quality of the investigation and as such, this period may be extended until such time as we are completely satisfied that it has been as robust as we have set out. As part of the process, we have invited all our staff to tell us of any practice that they may have experienced internally which they are unhappy about. We undertake to communicate what action will be taken. We have already made changes to our internal governance procedures and these will characterise our business going forward, particularly the level of transparency with which we conduct certain practices.

That said, we are working very hard to sustain our business. Our business cannot survive without the support of our clients. We have a trusted relationship with our clients, with some going back over a decade. We value these relationships enormously and understand just how important they are to us. We would consider it a privilege to continue to work closely with you as a client.”

Auction Central News will continue to follow this story and provide updates as they become available.

Copyright 2012 Auction Central News International. All rights reserved. This material may not be published, broadcast, rewritten, or redistributed. 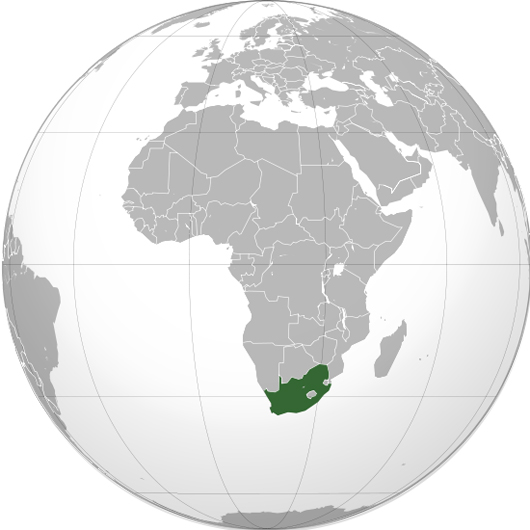 South Africa, a land of great natural and monetary wealth, shown in green on this map of the African continent. Image by Keepscases, licensed under the Creative Commons Attribution-Share Alike 3.0 Unported license.