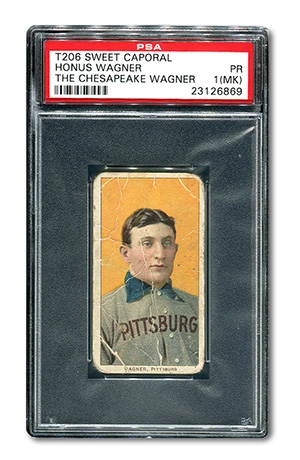 In August, SCP Auctions’ company principals David Kohler and Dan Imler secured an astounding collection of more than 3,500 T206 baseball cards from a private collector living in the Northeast. His lineup included the incomparable Honus Wagner T206, which was graded by Professional Sports Authenticator on site at the 35th annual National Sports Collectors Convention in Cleveland. It received a PSA 1 designation, making it only the 33rd example authenticated and encapsulated by the company.

“Unveiling a fresh T206 Honus Wagner card is a dream scenario for any hobby professional,” said Imler. “The known supply of T206 Wagner’s will never begin to quench the exceeding collector demand for what is not just the most famous baseball card in the world, but one of our nation’s most celebrated treasures. And to have it be a part of such an immense and diverse find of previously unknown T206s makes this one of the most exciting tobacco card finds in recent years.” Its presale estimate is $400,000.

SCP Auctions is offering a small but significant group of Jackie Robinson related memorabilia including his spectacular Hillerich & Bradsby Model S100 ash bat, one of only two Robinson game-used bats that can be definitively documented as having been used during his 1949 MVP season. As such, it stands among the finest Jackie Robinson game-used artifacts known. Also included is Robinson’s personal 1962 Hall of Fame Induction plaque from his estate as well as a remarkable handwritten note to a fan from Robinson that provides a compelling profile of his character.

Part 2 of the Delbert Mickel collection

Baseball historian and fan A. Delbert Mickel acquired one of the finest collections of game-worn baseball jerseys in the world. An attorney from Arkansas, Mickel died in 2012 but not before amassing a museum-caliber collection beginning long before the Internet-age simplified such pursuits. Some of his prized jerseys featured in the auction include: a Willie Mays 1967 San Francisco Giants jersey and matching pants (graded A10 by MEARS); a Hank Aaron 1968-69 Atlanta Braves road jersey (A10); a Pete Rose 1967 Reds home jersey (A8.5); a Don Drysdale 1969 Dodgers road jersey; and a Brooks Robinson 1966 World Series championship season Orioles home jersey (A9).

A popular first baseman for the New York Yankees from 1954 to ’62, the late Bill “Moose” Skowron hit more than 20 home runs in four different seasons, batted over .300 five times and was an eight-time All-Star. He appeared in eight World Series and won five titles in a nine-year span. His collection includes his World Series rings, game-used and milestone baseballs, player contracts, and personal autographed items from dozens of teammates including the great Mickey Mantle.

Part 3 of the Newport Sports Museum

SCP’s 2014 Fall Premier Auction marks the third of a four-part offering from The Newport Sports Museum Collection. Highlights this time around center on significant items from John Hamilton’s USC Football Collection including:

Bidding concludes Saturday, Dec. 6. For more information on how to participate, visit www.scpauctions.com or call 949-831-3700. 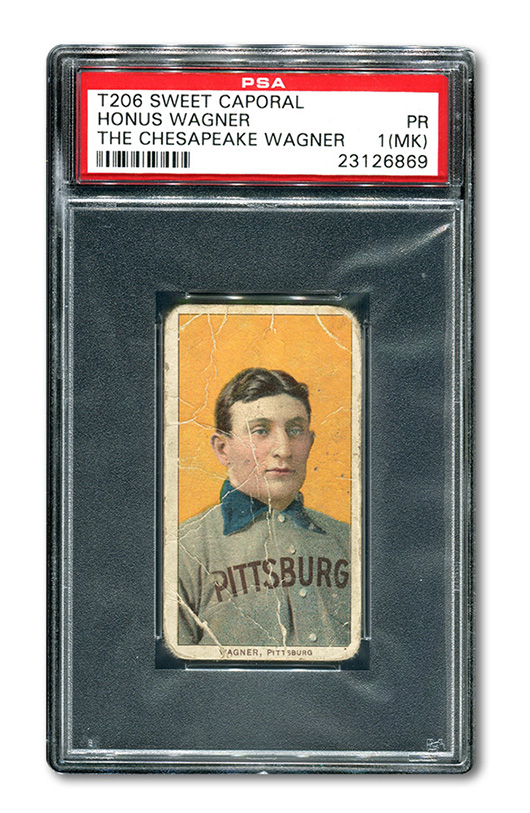 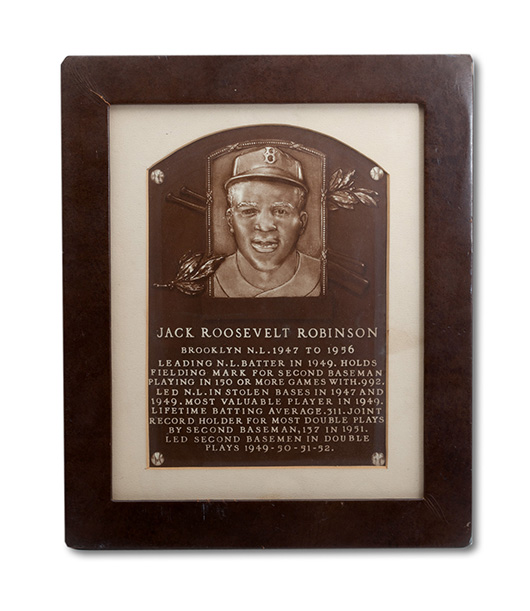 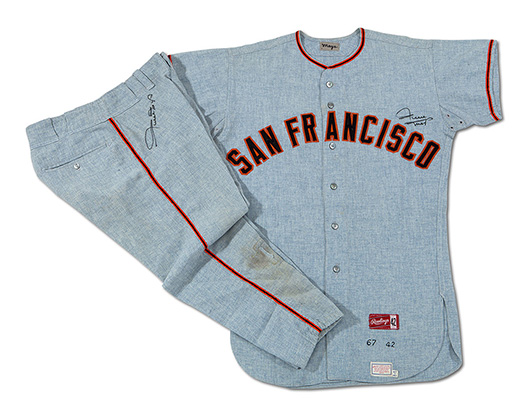 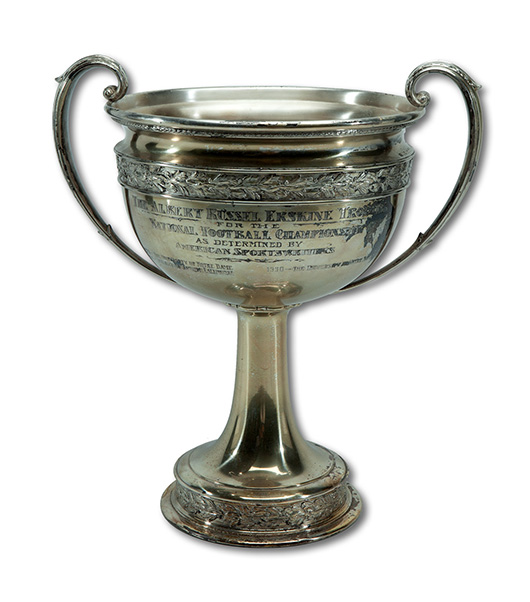 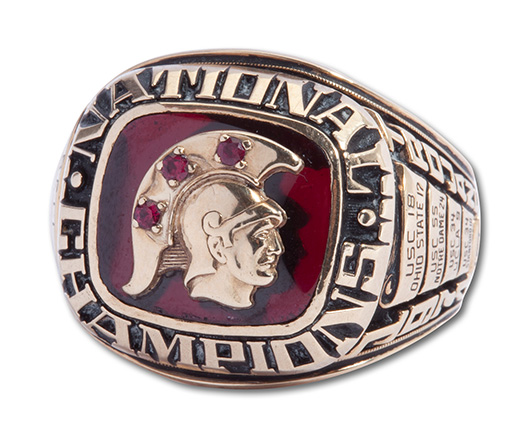 $44.4M for O’Keeffe painting sets record for any female artist